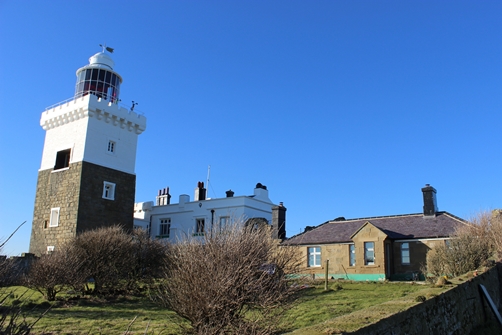 Located just one mile from the fishing port of Amble, Coquet Island is a nature reserve that is home to more than 35,000 pairs of nesting seabirds.

The reserve is managed by the RSPB and is specially protected under European Law resulting in its being inaccessible to the public.

The monument includes the site of a pre-Conquest monastic cell founded c. 684AD and a later Benedictine monastic cell, which is a Scheduled Ancient Monument and afforded the highest level of protection. Today the monastic cell survives as an East-West range of medieval stone buildings with the remains of a medieval tower to the South West and sacristy turret to the North West.

Due to a number of restrictions on the site, including no access during bird breeding season, the medieval sections of the buildings and cottages have fallen into a state of disrepair. English Heritage identified the medieval parts of the building as being at risk and work to consolidate and restore these parts of the site and is set to reach completion in spring 2013. 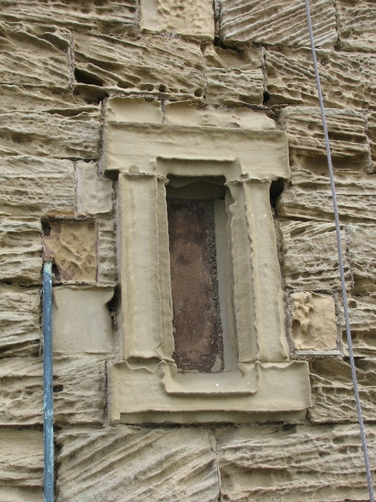 After being listed on the English Heritage ‘Heritage at Risk Register’, the buildings were selected under the ‘Trowels to the Rescue’ scheme to source funding for the repair work. The project is being co-ordinated by the North of England Civic Trust which secured funding from a number of sources including RSPB, Northumberland Coast AONB, Sir James Knott Trust and the Community Foundation.

Spence and Dower LLP were appointed as conservation architects to assess the condition of the buildings, specify the repair works and oversee works on site, whilst Blyth-based contractor Team Force Restoration Ltd was taken on board the project as the main contractor. Team Force Restoration Ltd has had to work with many constraints on this project, from tide times, sea state and weather conditions to the availability of fresh water and boat load capacity issues with resulting restrictions on shipping of materials and tools. 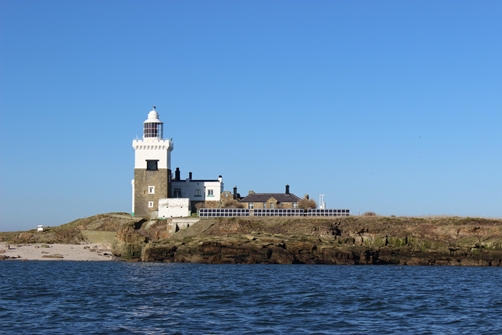 The works on the site involved the consolidation of the medieval stone walls with large parts being re-pointed to secure their long term future, along with re-roofing of the curved barrel roof over the eastern chamber. Additional works included refurbishment of windows, the replacement of weathered stones and internal works to the cottage to provide seasonal accommodation for RSPB wardens.

All stone on the project has been sourced from a local Northumberland stone quarry, with the new stone replacements to the lighthouse and cottage cut on site and tooled to match existing materials. The existing roofing slates on the cottage roof were coated with bitumen so only a percentage could be salvaged with additional reclaimed Welsh slate being brought to the island to match the existing slates.

Owned by a prominent local landowner, the buildings on Coquet Island are leased by Trinity House and the RSPB. Due to the site’s location and protected status work on Coquet Island requires arrangement and consent from a range of authorities, including Northumberland Estates, Trinity House, RSPB, Northumberland County Council, English Heritage and Natural England. Authorised access is only available outside of the bird nesting season. 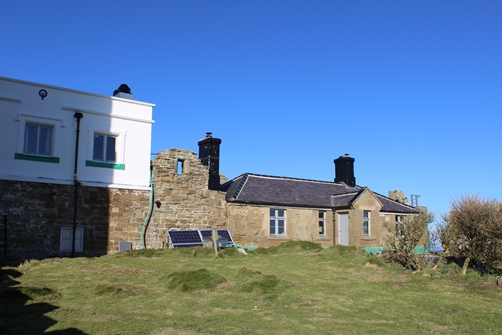 The work being undertaken on Coquet Island is important for the continued preservation and use of the monument and is being conducted sensitively with regard to recognised conservation principles. The project has been shortlisted under the Heritage category in the Constructing Excellence North East 2013 Awards, alongside the Bow Lane Environmental Scheme, Middlesbrough Sixth Form Centre project and Stewart Park.