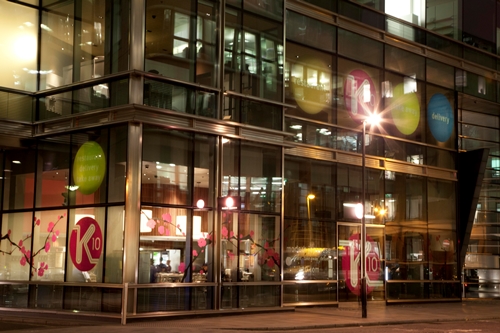 Serving up high quality, modern Japanese cuisine, K10 is a kaiten (conveyor belt) restaurant based in the City of London. To date, there are two K10s, with the original being in Copthall Avenue off London Wall and the second and most recent site being K10 Broadgate.

K10 Broadgate – situated on Appold Street – opened in February 2013, following a swift refurbishment process which only began in January, replacing a former Ping Pong restaurant. The new kaiten site is housed within two storeys of a modern office building, with both the takeaway and restaurant located on the ground floor.

At present the first floor of K10 Broadgate is closed to the public, but there are plans in the pipeline to turn this into an events and meeting space or possibly even another restaurant concept. Specialist design, fabrication and installation contractor, PM Shopfitters was the main contractor on K10 Broadgate, whilst MJB Project Management provided the design.

Former YO! Sushi development director, Christopher Kemper is the founder and co director of K10. Speaking to Premier Hospitality about the K10 brand, Christopher said:

“We wanted to do something slightly more up market with K10 in order to further establish the brand within the City. We opened our first site in 2000 and we are now finally in a position to expand the brand further and hope that the latest site, K10 Broadgate will form the template for further expansion. 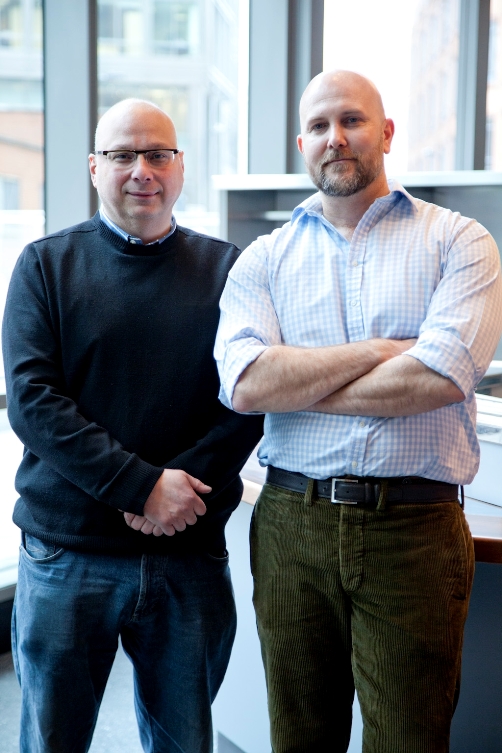 “This project was a fairly straight forward process, with no major problems, and we opened on time as planned.”

“Essentially the restaurant serves up the entire pallet of Japanese cuisine, from sushi and sashimi to tempura, katsu, teriyaki and all the Japanese favourites diners would expect from a conventional Japanese restaurant. Our menu is traditional with modern influences with the emphasis on quality and freshness.”

A very unique aspect of the brand compared to other current offerings is that there are no central kitchens and no microwaves in a K10 restaurant. Go on, take a look; you won’t find them anywhere. Instead, all K10 food is prepared and cooked in the restaurant kitchens, using the freshest ingredients to create over 100 menu items. All produce is delivered daily, from superior quality Scottish salmon and 100% Grade A Red Tractor Farm Assured Chicken, to 100% British beef. 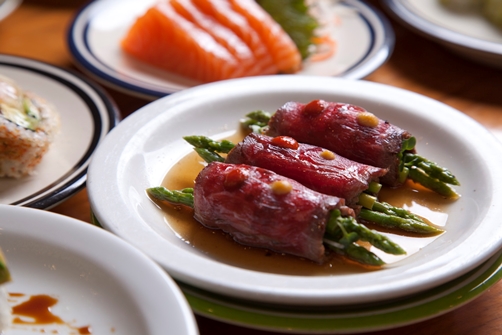 In addition to its restaurant, K10 Broadgate offers a take away menu which is available Monday to Friday, between 11.30am and 3.30pm. The ever popular take away area serves a selection of freshly made sushi and sashimi sets, fresh salads and hot dishes, all prepared to the same high standards as in the restaurant. A delivery service is also available.

“K10 Broadgate is a stunning glass fronted site, located within a modern office building. Upon entry into the building diners can either go left into the restaurant, or right to the take away area.”

“We worked hard on this project, however as it was a refurbishment scheme instead of a new build we did feel a little less pressured with the time frames that we were working towards. We kept the kitchen and extract intact and we did our best not to move too much around in order to keep the transformation process as simple as possible. 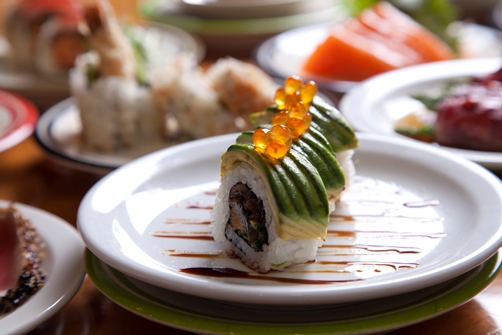 “Where we did feel the pressure on this project was in the branding and design of the restaurant. K10 Broadgate is our second site, so we wanted to step up the offering, by giving this site a more mature look. K10 London Wall only trades at lunch times, whereas K10 Broadgate is open during the evenings, so we had to adapt the design in order to facilitate evening trade.”

With the new restaurant now open to the public, the feedback has already – and not surprisingly – been very positive.

“We have a lot of loyal customers and the feedback has been very encouraging. Moving forward we are looking at the possibilities of another few sites in and around the city, possibly Canary Wharf and Mayfair.” 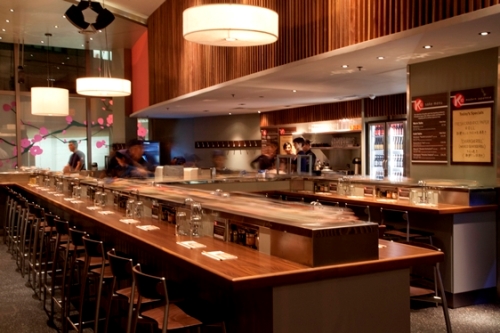