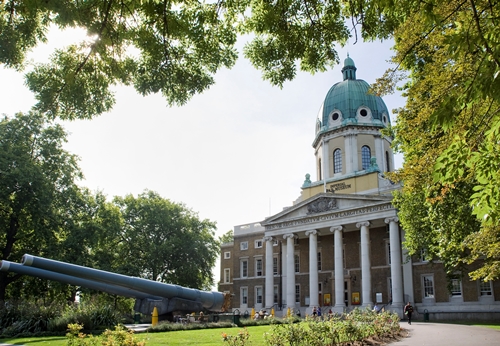 Next year will be the 100th anniversary of the outbreak of war and to mark the occasion the Imperial War Museum in London has been undergoing a multimillion pound redevelopment which, when complete in summer 2014, will provide new world-class First World War Galleries. The Galleries will use the latest historical research to offer new stories, new perspectives and new ways of looking at the ‘Great War’.

The initial phase of the development focused on reconfiguring the building’s central hall, together with creating the new series of galleries. The blind brick arches along the western facade will also be reopened, forging new connections between the building and Geraldine Mary Harmsworth Park and allowing the museum café to extend outside. Future phases include proposals for a new entrance, scooped out of the existing forecourt, and major new exhibition spaces.

“We are delighted that the London Borough of Southwark granted planning permission for this unique project to reinvigorate and transform IWM London in time for the Centenary of the First World War, a landmark event for Britain and the world.

“IWM was founded during the First World War as a lasting memorial to all those who played their part in the conflict. Our brand new galleries will allow us to continue this work in the twenty-first century, helping to keep the history and personal recollections of the war alive for future generations.” 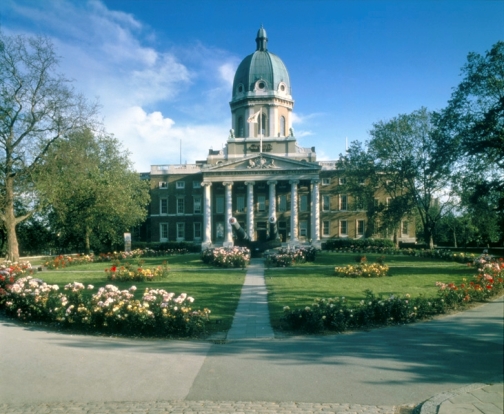 The strategic masterplan designed by Foster and Partners has the aim of bringing clarity to the building’s plan, allowing intuitive circulation and arranging the exhibition chronologically by floor, the design optimizes the exhibition spaces and will transform the experience for visitors.

“We are delighted that Southwark Council gave unanimous approval to the first phase of our masterplan. The design will allow IWM to display its collection more effectively by bringing clarity to the existing buildings, enlarging the galleries and offering visitors a better understanding of the Museum and its collection.”

IWM’s five branches attract over 2 million visitors each year are and they detail the story of people who have lived fought and died in conflicts involving Britain and the Commonwealth since the First World War. The museum’s unique collections, made up of the everyday and the exceptional reveal stories of people, places, ideas and events- telling vivid personal stories and creating powerful physical that reflect the realities of war as bother destructive and creative force.

Although closed until summer next year the museum will partially open in July this year to showcase a major new family exhibition Horribile Histories: Spies. For more information about the exhibition and the development works please visit: www.iwm.org.uk/visits/iwm-london.