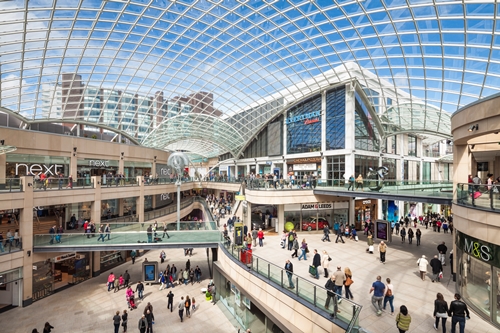 Owned and managed by Land Securities – the UK’s largest commercial property company – Trinity Leeds is a brand new development for the city of Leeds.

Comprising a vast selection of retail units including Hollister, Superdry, Apple and LEGO, a 500-seat cinema, and an array of cafes, bars and restaurants, Trinity Leeds opened its doors for the first time in March 2013.

Trinity Leeds takes its name from the nearby 18th Century Grade I Listed Holy Trinity Church and has been created by combining a former shopping centre – Leeds Shopping Plaza – with a brand new building. The Western side of the scheme sits on the site of the former plaza, whilst the East is the new build element which replaces the Trinity and Burton Arcades.

Spread across three floors and home to 120 shops, the development covers an area of 1,000,000 sq ft. During its opening day Trinity Leeds welcomed more than 130,000 visitors and showcased a spectacular opening ceremony, overseen by British fashion designer Henry Holland. 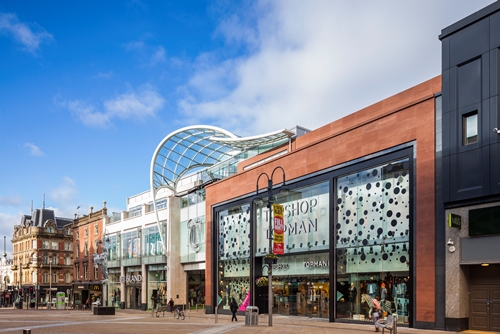 “We wanted to create a memorable opening spectacle for the launch of Trinity Leeds – something which celebrated fashion and shopping in a unique way to showcase what Trinity Leeds and the city itself has to offer.” 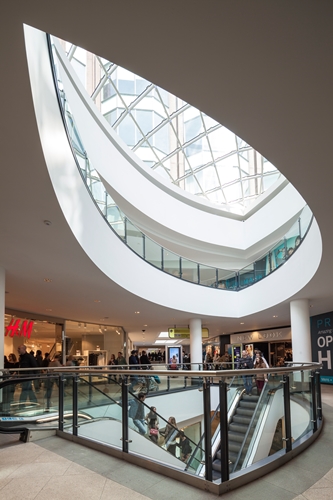 “Curating the launch ceremony for Trinity Leeds gave me the opportunity to celebrate fashion in a totally unique way. I was challenged to deliver a spectacular show that would excite Leeds’ shoppers and propel Trinity Leeds into the fashion spotlight. It was an immensely rewarding project to work on and it was great to hear the reaction from the public.”

Work began on the Trinity Leeds site in 2008, however the project was temporarily placed on hold in April 2009 due to the financial climate. Work restarted on Trinity Leeds in August 2010, with the majority of the development reaching completion ahead of its opening in March 2013. 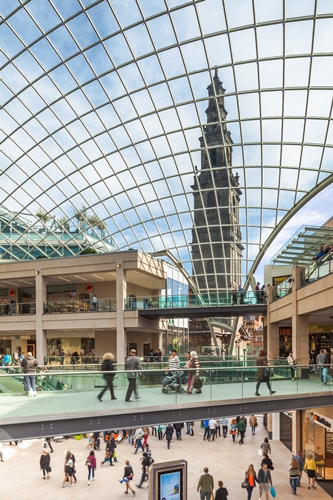 Although Trinity Leeds is open to the public, work to remodel and refurbish Trinity Leeds West is still being conducted and is scheduled to reach completion in October 2013.

Laing O’Rourke is the main contractor on Trinity Leeds and Chapman Taylor is providing architectural services.

“The project was made up of two elements; the new build and the reconfiguration and refurbishment of an existing shopping centre.

“Work began on the new build element in 2008, with some demolition works and foundation installations taking place into 2009. 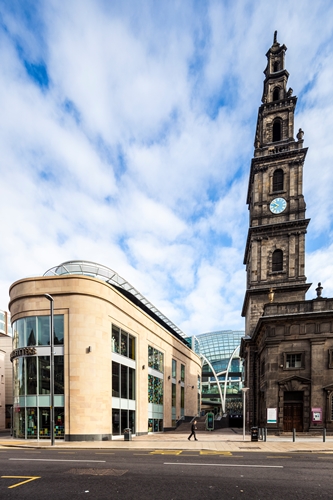 “Unfortunately with the onset of the recession the project closed down and had to remain closed until mid 2010. During this period of time we continued to work with Land Securities to try and improve the viability of the project. We altered some of the design, added a few elements and Land Securities secured some lettings.

“Land Securities set themselves a goal, to achieve a minimum of 40% pre-lettings before resuming the project. They achieved this in August 2010, which is when they restarted the development with Laing O’Rourke on board as the Design and Build contractor.”

“At times this has been a challenging project, but Trinity Leeds is something which is truly unique to Leeds. This is a contemporary take on a traditional Leeds shopping arcade and it is something which will stand the test of time. The feedback has been fantastic from both visitors and the retailers and we are already witnessing the benefit this centre is having on the surrounding area.”

Trinity Leeds includes a fantastic mix of shops, from lifestyle to leisure, with flagship stores Marks & Spencer and Topshop being part of the development. Stores are split across all three levels of the development, from the lower ground level through to the first floor. 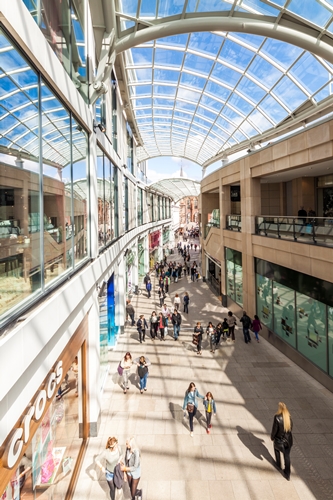 Located within the heart of Trinity Leeds is the centre’s new 500-seat Everyman Cinema Leeds, which offers up a fantastic selection of movies, from the latest blockbusters through to independent films and cult classics. Everyman Cinema includes three screens and a 100-seat restaurant, the Everyman Pizzeria.

Additional restaurants within Trinity Leeds include D&D London’s Crafthouse and Angelica, T.G.I Friday, Wagamama, Yo! Sushi and Giraffe. Meanwhile, visitors who fancy something a little stronger can visit The Alchemist, Cielo Blanco or The Botanist, which all serve a fine selection of drinks.

As well as a great range of leisure facilities, Trinity Leeds also includes a number of customer services facilities, including three appointed meeting rooms which can be hired out for businesses, organisations and individuals.

Trinity Leeds is open seven days a week, with late night shopping until 8pm Monday to Saturday. Everyman Cinema and the development’s cafes, bars and restaurants are open even later.