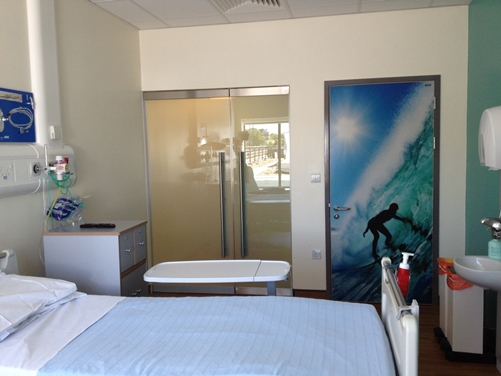 The key aim of the project was to create a ten-bedroom unit for use by immunocompromised patients which would replace the current facilities which no longer met patient expectations. Work began on the newly named ‘Bracken Unit’ in November 2012 and reached completion in June 2013.

Mansell was the main contractor on the project, whilst HLM Architects provided all architectural services on the site.

“The existing facility was built during the 1980s, but it had since reached the end of its lifespan and was no longer up to standard. This project was about providing new and improved facilities for patients within a better environment. 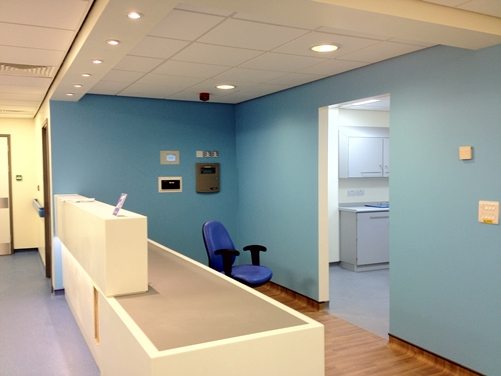 “We removed the existing six rooms and increased them to ten barrier protection rooms, which have been specifically designed for patients who are vulnerable to infections. The rooms provide a clean air environment free of pathogens and offers en-suite facilities which were not previously available in this unit.

“The original rooms were quite small and cramped, so we have corrected this and the unit looks fantastic.”

“The main area of the unit opened in April, however the project continued for another two months whilst some work was undertaken to extend a separate ward to provide additional accommodation.”

Discussing the opening of the unit in April 2013, ward manager, Sharon Raymond, said:

“I came in to smiles and laughter and both the patients and staff were just so happy. We had patients grinning from ear to ear when they saw the new unit. It is a big step forward for us and the start of something really quite special.” 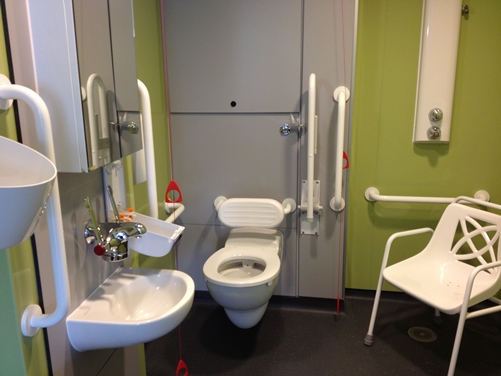 The new stem cell transplant unit has been created through the transformation of a ward previously used for elderly patients. Before work began on the site, the patients were transferred to a different ward and the site was sealed off from view.

The ward was stripped back to a shell, with services removed, and then work took place to install the new facilities.

The creation of the new stem cell transplant unit is viewed as an important step forward for Derriford Hospital and one that service planner Philip is behind fully.

“The feedback has been great, especially from patients familiar with the former facility; they just cannot believe the change. They think it is great.

“We have introduced new colour schemes and new flooring, to make the unit look less clinical and more like a hotel room.

“Another key feature was the installation of SmartGlass doors; these allow the patients to maintain the feeling of being part of the ward while at the same time offering privacy when required, all at the flick of a switch. This enhancement was made possible due to a generous donation from the Plymouth and District Leukaemia Fund which also paid for soft furnishings and wide screen TVs for the unit. 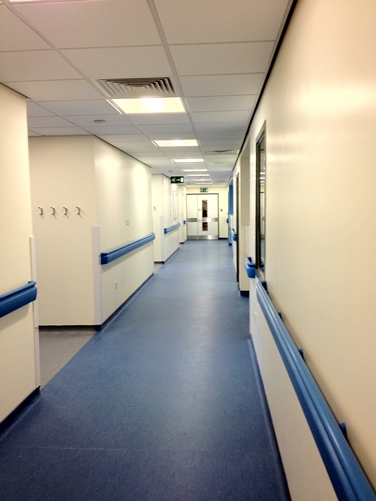 “Looking forward, we believe that stem cell research and transplantation will continue to grow and we envision that a few years down the line this unit will not be big enough to meet demand, so we have future proofed the unit itself. All of the services and supplies are located within the ceiling, so we can extend them into the adjoining ward when the time comes.”

“I was involved with this project right from the start, so I have a great deal of satisfaction knowing that it has all come together. The reaction from patients has been extremely positive about the unit and with the future proofing in place we hope that this positivity remains as the unit develops in time.”