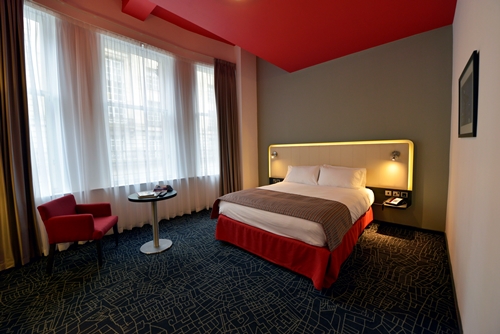 Following on from a a major multi-million pound investment, Glasgow‘s historic Grade Listed Pearl Assurance building has been stylishly and senstively converted into a newly opened Park Inn by Radisson hotel.

Designed by Robert Alexander Bryden, the building was originally constructed in 1900 for General Life Assurance. Many of the original features, including polished red ashlar stonework, sash and case windows as well as a polished granite stair and balustrade have been lovingly restored in collaboration with Historic Scotland.

Speaking on the opening of the hotel in April, General Manager, Alistair Campbell said: “Glasgow is buzzing right now with the highly anticipated arrival of The Hydro this year and the 2014 Commonwealth Games, the timing is ideal to bring 91 new rooms into the heart of the city.” 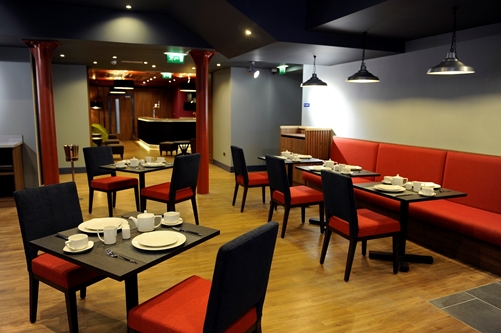 “The hotel is part of a new brand concept for Park Inn by Radisson hotels and has a very modern and contemporary feel to it – we are moving away from the traditional feel of hotels to create a more personal, flexible guest experience.

“Sadly some of the original features had to be covered, the tiling which dates back to 19th century for example wasn’t complete in some areas and couldn’t be repaired. However, we have managed to tastefully highlight the hotel’s heritage- with some sections of original wood panelling in the building have been highlighted to create a bit of a wow factor.

“We’ve had great feedback from surrounding business people who are glad to see the building brought back to life after years of lying empty and hope the opening of the hotel will help bring new business into West George Street as well as driving footfall to the surrounding bars and restaurants including the new Tony Macaroni just below us.” 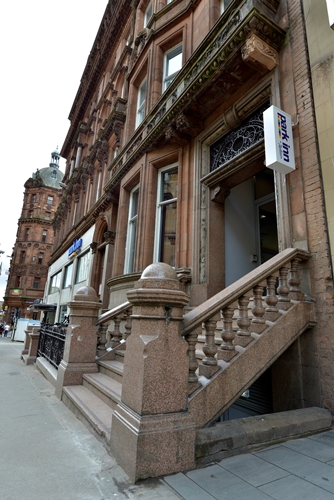 Guest bedrooms at the new Park Inn by Radisson are spacious and well-proportioned with high ceilings, neutral décor, large en-suites, free high speed Wi-Fi and flat screen TVs. All rooms in the hotel have also been fitted with sound proofed windows allowing guests to enjoy the buzz of being in the heart of the city centre and still get a great night’s sleep.

The hotel’s restaurant has an all-day offering with menu items including: fresh sandwiches, hearty soups, pizza, pasta, grills and sharing platters.  Meanwhile the bar will stock a wide variety of regional wines, beers, spirits and hot beverages offering a social hub in which to relax, socialise or hold a meeting.

The on-site fitness suite offers the very latest in state of the art equipment giving the gym users the ideal place to wind down or revitalise. For meetings, conferences and special events, the Park Inn by Radisson Glasgow City Centre has meeting space which is both versatile and functional. 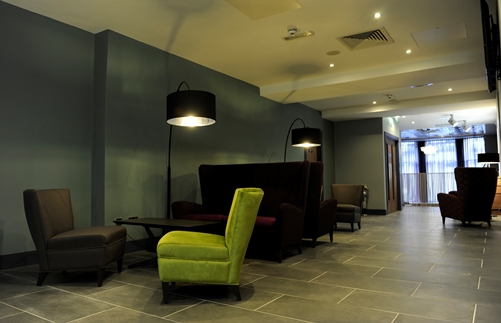 Richard Moore, area vice president for Hotel Missoni, Park Inn by Radisson and Radisson Blu in the UK and Ireland said:  “We are delighted to bring our 24th Park Inn by Radisson to the UK & Ireland and the second to Scotland following the opening of our Aberdeen hotel in August 2010.  We are confident that business and leisure travellers will enjoy the hotel and amenities available, making their stay an easy and enjoyable one.”