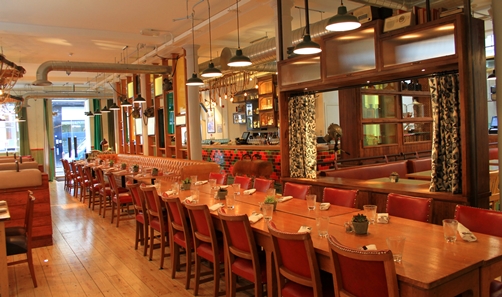 Tanner & Co was designed by award-winning interior practice Russell Sage Studio and maximises the space of the former tannery building which it occupies. 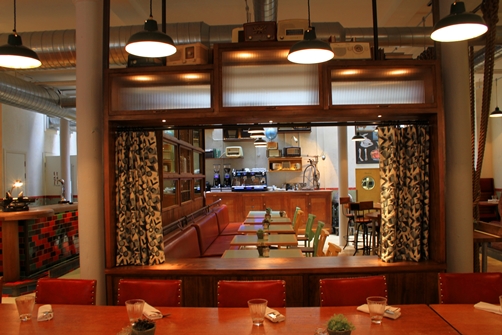 “Tanner & Co is a great addition to a destination that is prized for its world class restaurants. It also represents the first in a series of event spaces that Camm and Hooper will be opening in the capital’s landmark locations. We have created a unique space and are challenging the norms by offering a very different service and menu concept for the lively events market.”

Russell Sage Studio worked alongside Camm & Hooper managing director Claire Lawson on the project in order to create a destination venue, suitable for a wide clientele. From the early morning coffee crowd through to the late night cocktail drinkers, Tanner & Co raises the benchmark in hospitality. 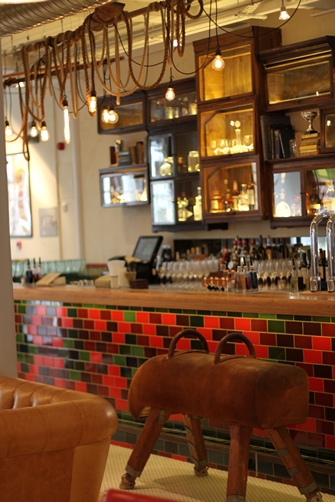 “Tanner & Co marks the first time that we have worked with Camm & Hooper. We began developing the concept for this restaurant with them in December 2012, with the design signed off at the beginning of 2013. Work got underway on the site in March 2013, with the restaurant opening in May.

“The restaurant includes many interesting features, from light fittings which make use of reclaimed timber, to boating oars and poles suspended above the bar. There is also a feature wall which includes a collection of vintage radios, which were curated on site. 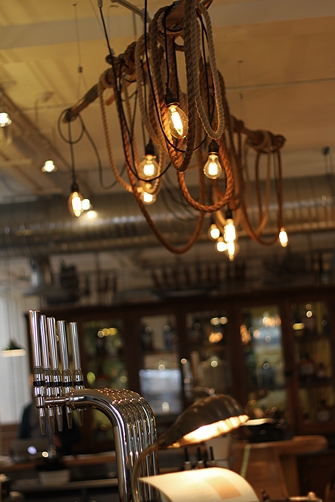 “The locality and the history of the building heavily influenced the design scheme on this project.”

“The feedback for this site has been very positive and Camm & Hooper are very pleased. They are a fantastic client to work for and this project was great fun.”

The menu at Tanner & Co, which was created by Justin Saunders, features a contemporary selection of dishes from crispy spam fritter with piccalilli and ale braised oxtail and mushroom spring rolls to ‘Sunday Best’ roast dinners. The menu is backed by an imaginative cocktail list, which includes the likes of Palmer’s Poison, Hickman’s Folly and the champagne-based offering St. Saviour’s Mile, the names of which were influenced by local heritage. 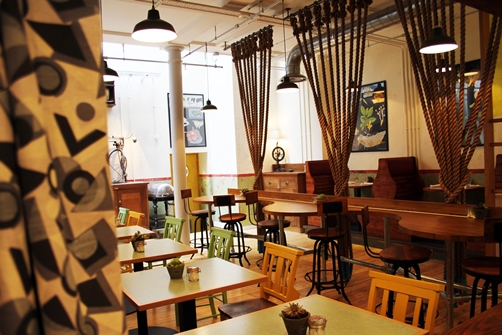 Launched in 2012, Camm & Hooper was conceived by respected hotelier Claire Lawson and financed by The Imbiba Partnership, with the aim of revolutionising the event sector in London. Under Claire’s guidance, sites such as Tanner & Co help the company champion innovation through the delivery of exceptional products and services.