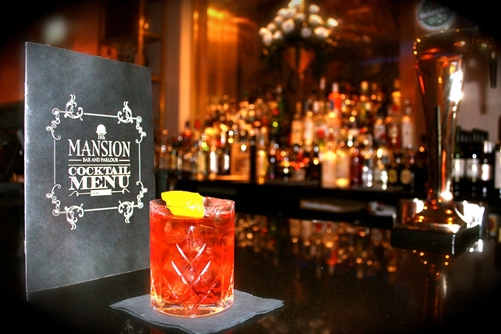 Owned by the InterContinental Hotels Group (IHG), Hotel Indigo London Kensington ~ Earl’s Court is a four star boutique hotel, situated in the heart of the Royal Borough of Kensington & Chelsea.

The hotel is located close to Earl’s Court Tube Station, is within easy reach of many leading tourist attractions and is near to some of London’s biggest shopping districts.

Built in 1886, the building that houses the hotel was originally constructed as a collection of Victorian mansion houses which were converted into a hotel in 1890. The Cairn Group took over the operation of the hotel around twenty years ago, and most recently implemented a £7 million refurbishment scheme to transform the building into a Hotel Indigo site.

Hotel Indigo London Kensington ~ Earl’s Court includes 22 executive rooms and 11 junior suites, all with a complimentary mini bar and Wi-Fi access. All of the bedrooms are modern, yet contain unique design touches which reflect the surroundings and history of the hotel. 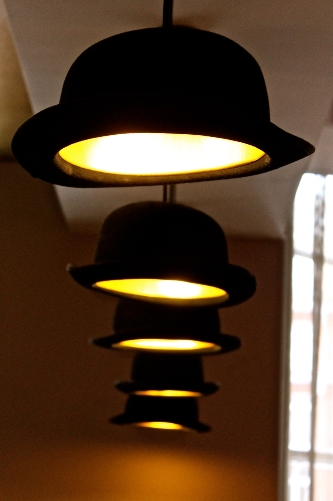 The extensive refurbishment of the building has radically transformed the hotel, taking it from three stars to four and in addition to luxurious guest rooms the hotel includes a fantastic bar called The Mansion Bar & Parlour. The bar specialises in molecular and carbonised cocktails, with a champagne jazz brunch every Sunday.

Oh and if the stunning design of the hotel wasn’t enough, all guests to Hotel Indigo London Kensington ~ Earl’s Court are looked after by actual lords and ladies, thanks to the hotel’s employment package which gives staff members an official title.

“Hotel Indigo London Kensington ~ Earl’s Court is the 10th Hotel Indigo Hotel to open in Europe and the 50th site to open around the world. To mark the occasion we opened at 12:12pm on the 12th of December 2012, giving us a very memorable launch.” 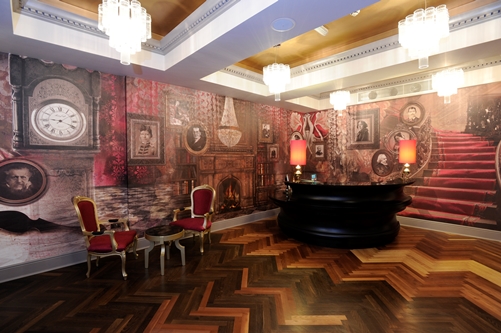 Work began on Hotel Indigo London Kensington ~ Earl’s Court in April 2011, with Jess Sutherland of Manchester-based Street Design Partnership as the lead designer on the project.

Upon entry into the hotel returning guests will notice the transformation of the site, thanks to a carefully considered design and a striking reception.

“The design of the reception reflects a traditional mansion house and includes stunning murals, depicting a chandelier and grand staircase. Each bedroom includes king-sized beds, with mattress toppers and Egyptian cotton linen, along with Aveda toiletries, slippers and robes. 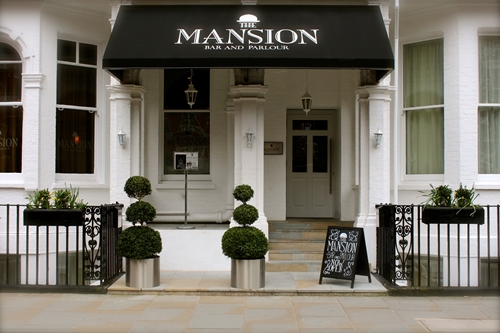 “Meanwhile the bar was designed to look like a private members club from the 1890s and has menus that look like newspapers – including morning, daily and evening editions – and walls covered in newsprint. We serve up a range of cocktails, all taking their names from iconic figures of the past, including Beatrix Potter, Alfred Hitchcock, Oscar Wilde and Freddie Mercury.”

“Completing these one-off, iconic pieces for prolific hotels such as this was incredibly exciting. I enjoyed being involved with this project which has transformed this hotel.” 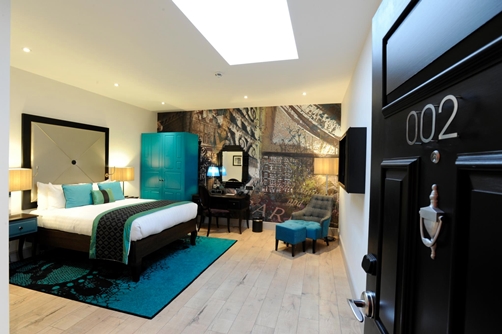 “This was a very important project for us. This is a lovely hotel in Kensington and it was great to be associated with this site and to work with Jess the lead designer.”

Flooring on Hotel Indigo London Kensington ~ Earl’s Court was provided by Accacia flooring, whilst lounge furniture was provided by Style Matters and dinning furniture and bar stools were supplied by Protocol. Curtains came from Robena and fixed seating and screens were manufactured by BF Darlow, using a design supplied by Street Design Partnership. 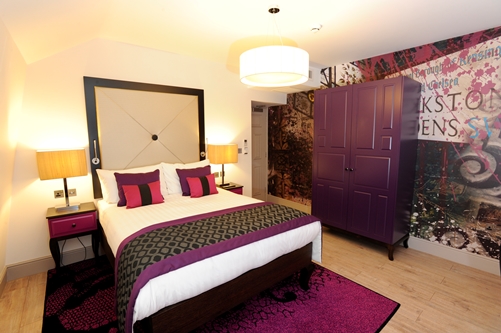 “The refurbishment of the hotel has been fantastic and the feedback that we have received from guests has been phenomenal.

“All Hotel Indigo Hotels are very different and offer something a little bit special for guests. As we move forward our offering and our style of service will continue to evolve and this will differentiate us in the market place.”

Whilst the exterior of Hotel Indigo London Kensington ~ Earl’s Court is quite subtle and a little more subdued, the interior is the exact opposite, with bright colours, iconic imagery and imaginative design touches littered throughout the hotel. As the lead designer on Hotel Indigo London Kensington ~ Earl’s Court, Street Design Partnership was tasked with giving the site its enviable makeover. 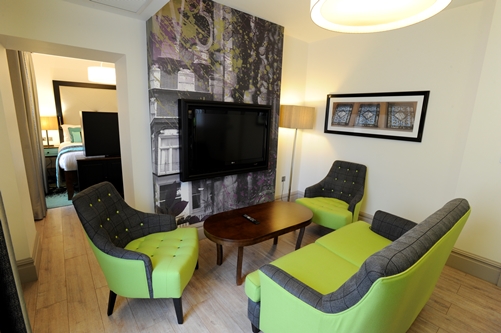 “As the lead interior designer on the project I was responsible for the design from concept through to the finished product; this included all areas of the hotel from key elements such as the bar and reception to the bedroom furniture and hand towel units in the public toilets. A significant aspect of the design is the murals throughout the hotel, which were produced by Phoebe Clarke, a freelance artist. We worked closely together to ensure that the murals reflected the character and personality I wanted to get across in the overall design.”

“As a collection of boutique hotels, Hotel Indigo is a very design led brand. As part of the brand it is crucial that the design is firmly rooted in the neighbourhood of the hotel. All aspects of the design have then fed from creating the initial neighbourhood story. 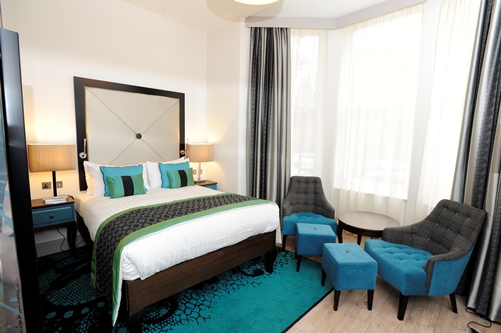 “The idea for Hotel Indigo Kensington was to reinstate elements of its original purpose as mansion houses but to do so in a contemporary and characterful way. I wanted to make sure the scheme had personality and would involve guests so I included some touches to get people interested such as portraits of famous local residents from the past in the main entrance hall and rules of etiquette in the graphic artwork within the bedroom corridors. I aimed to give guests a unique experience from the moment they arrive.

“I found the project very exciting and a lot of time and effort went into the design. Often designs are restricted by budgets and other constraints, so to be given a project which placed so much importance on the design was wonderful. I wasn’t afraid to make this a colourful design and it gave me something to truly sink my teeth into. 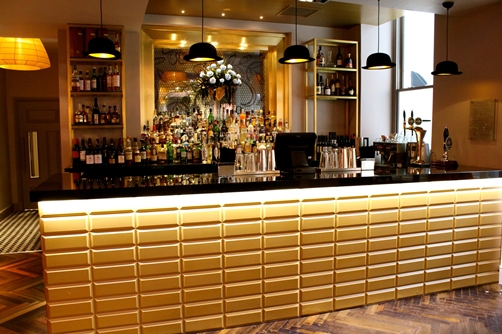 “At Street Design we have a lot of experience working on hotels of various brands, many of considerable size with many different facilities. This was a different type of challenge, to transform an existing hotel into such a vibrant and all encompassing brand. I am very pleased with what we have all achieved on this project.”