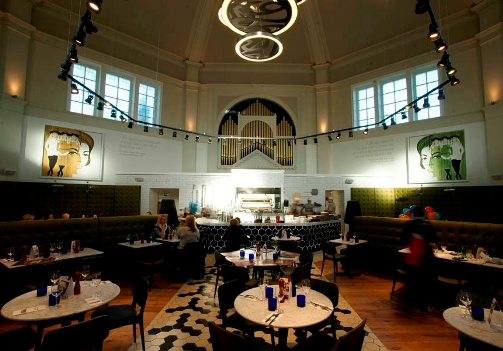 A Listed Church in Morningside, Edinburgh has been transformed into a stylish new Pizza Express.

The restaurant will offer visiting foodie congregations a tantalising trinity of doughy base, tasty topping and holy crust.

Opening earlier this year the restaurant has received plenty of plaudits and has been trading ‘phenomenally’ well.

“Work began in Morningside in November 2012 and we were on site for 10 weeks. In total Pizza Express had been working on the scheme for three years due to the fact the church was listed. 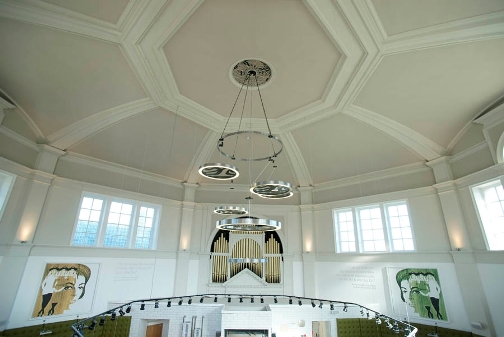 “As with all listed buildings the authorities wanted assurance that whatever we did to the building could be reversed, so that in itself was quite a struggle.”

The design of the restaurant did incorporate a lot of the original church structure, creating a good balance of old and new- on this Mark added:

“Apart from that we put in feature tiles to slightly emulate the tiles that may have been in the church originally. We also added a slightly decorative tile feature down the centre of the restaurant leading up to the kitchen. We also fitted raised banquette seating giving a big visual impact.” 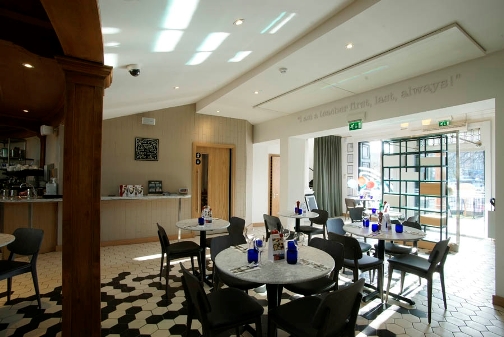 BDP Furniture manufactured and upholstered all the fitted seating within the venue. Established last year the company operates from its Glasgow base, manufacturing bespoke furniture for the hospitality sector. Director, Pat Macleod said: “We have been growing healthily since we began trading last year. Work went well on the Pizza Express in Morningside and it was a pleasure working with Mark and the other designers involved.” 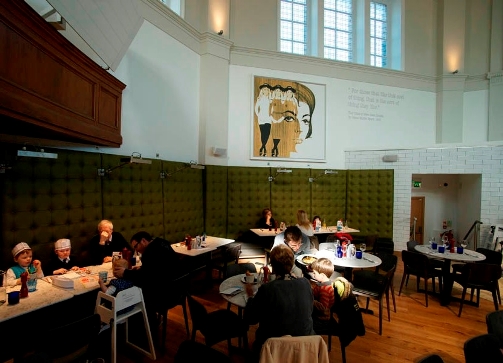 Pizza Express has over 420 UK restaurants and within that portfolio the brand occupies shopping centres, converted churches, old banks, medieval buildings and traditional high street units. When asked what venues are the best to work on, Mark said: 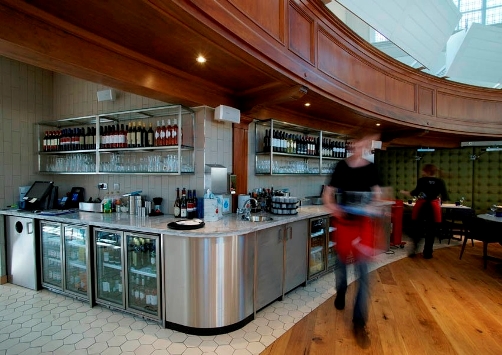 Pizza Express in Morningside is the brands eighth venue in Edinburgh and speaking about its reception Mark added: “The reception has been phenomenal since the venue opened, it has been trading very well and for people in the area to see the building brought back to life it has been a great source of pride.”

Beginning life as a single London restaurant, Pizza Express has moved on immensely since its foundation in 1965- with over 400 UK restaurants and plans to add a further 150 venues to its UK portfolio over the next five to ten years. 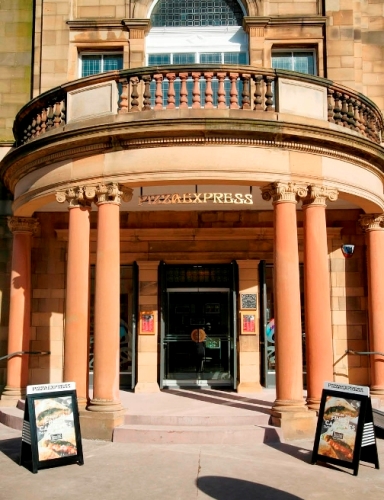