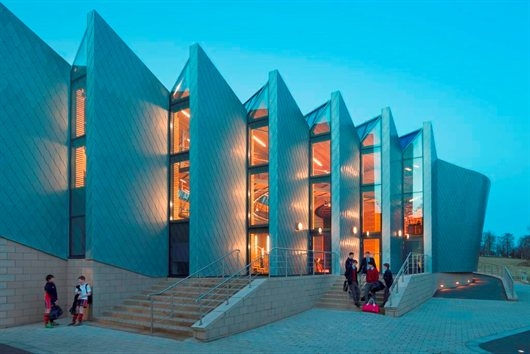 Yarm School’s stunning performing arts centre has been shortlisted for this year’s RIBA North East Awards, which celebrate the best architecture and the design in the region.

Last year’s winners of the prestigious award included a derelict toffee factory in Newcastle which was reincarnated as a work space for creative industries and a 312-bed mental health village in Middleborough called Roseberry Park.

Yarm School admitted its first pupils in September 1978. Since then it has become the major educational success story in the North East and is now firmly established amongst the country’s leading independent schools. Over the course of the last five years the school has been completely transformed, with an extensive £15million redevelopment of their existing facilities taking place. 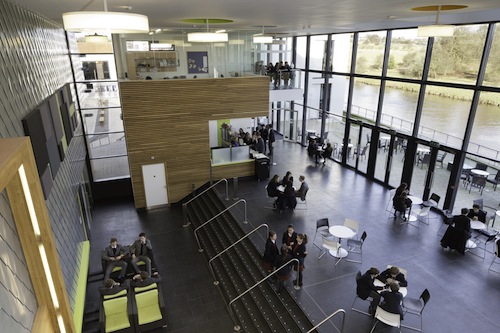 Associated Architects have been heavily involved for the duration of the project and speaking to Premier Construction, Lead Architect, Barbora Bott said:

“Associated Architects have been working to deliver a master-plan for the whole Yarm School site for over four years now with the aim of upgrading and expanding their existing facilities.

“Central to the master-plan was the performance arts centre. This has involved the erection of the performance hall which now has an 800 capacity auditorium- complete with flexible studio theatre, music performance suite, and a large glass atrium with an external terrace overlooking the River Tees.” 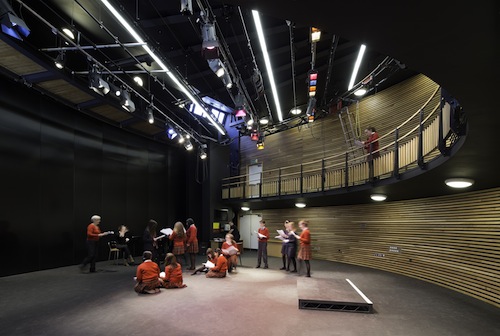 Barbora continued: “We have also extended the existing teaching facilities complete with a double height dedicated dance studio, and upgraded the kitchen and the dining facilities.

“We have tried to design a highly sustainable building, with good quality daylighting, high levels of thermal insulation and air tightness, and natural ventilation to most areas.

A considered palette of materials was selected to create a visually stimulating form for the new buildings. These included pre-weathered zinc shingles, insulated render panels or anodised aluminium rain screen cladding panels mounted to the back of the performance hall.  The panels are fixed through adjustable brackets onto galvanized rails sitting approx 0.5m proud of the building primary façade. The overall configuration gives appearance of continuous sweep around the building.” 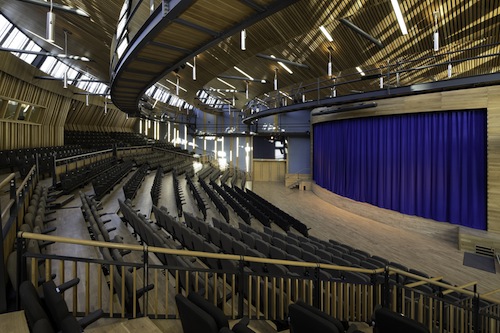 When asked what it means to be shortlisted, Barbora added: “The RIBA awards carry a certain weight; they are the most important recognition of our professional involvement. To be shortlisted is a great honour for us and is fantastic for everybody involved with Yarm School project.”

Yarm School Headmaster David Dunn said: “It is fantastic news that the school’s new performing arts centre has been shortlisted for such a prestigious award. Everyone associated with the performing arts department is ecstatic and credit must go to Adam Wardle, the architect who worked so hard on making the facility so flexible and impressive, as well as sustainable .

David added: “Just to be shortlisted is an honour for Yarm School and hopefully come June we will be celebrating what will be a landmark award for the school.” 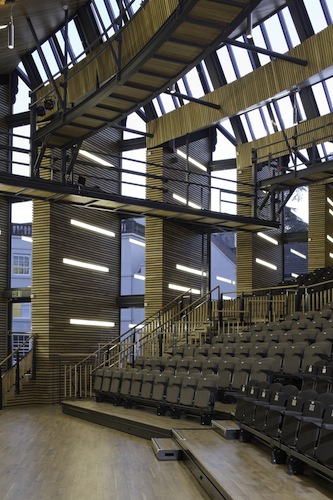 Adam Wardle, Director of Associated Architects, added: “This development has provided state of the art facilities for music, drama, dance as well as a fantastic space for pupil performances. Work on the whole site was phased over four years, allowing pupils and staff to carry on without their lives being disrupted by the construction works.

“The RIBA awards are the Oscars of the architectural profession, so to be short-listed is fantastic. It’s an acknowledgement of a great building and recognises the whole team’s effort, but most importantly the school’s vision in investing in good quality design.”

Based in Birmingham Associated Architects have been designing buildings in the UK and elsewhere, for clients across the private and public sectors since1968. The practice aims to create architecture of the highest quality which embodies a deep sense of responsibility towards clients, their buildings’ users and the environment.

The shortlisted buildings will be assessed by a regional jury with the winners of an RIBA North East Award announced on the evening of Wednesday 12 June 2013 at Newcastle Civic Centre. Regional winners will then be considered for a highly-coveted RIBA National Award in recognition of their architectural excellence on a national platform, announced on the same evening.

Theatretech was the theatre consultant on the project at Yarm School. The consultancy designed all the specific theatre systems on the project and worked with Associated Architects during the early stages of the design in order to develop the concept. 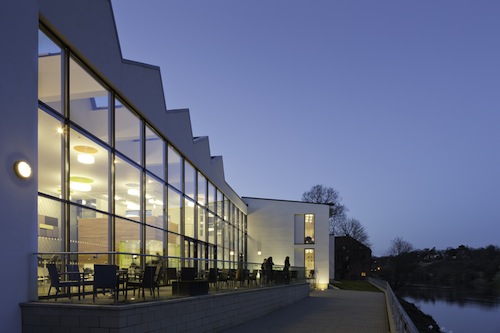 Theatretech is a leading theatre, television and audio-visual consultancy, working on projects in the UK and abroad. For more than 30 years Theatretech has worked on a range of projects, from concert halls, buildings for the Performing Arts, lecture theatres, through to stadia, recording spaces and TV studios.

“This was a fairly unique project for the school sector and we are pleased to be associated with this performing arts centre.”