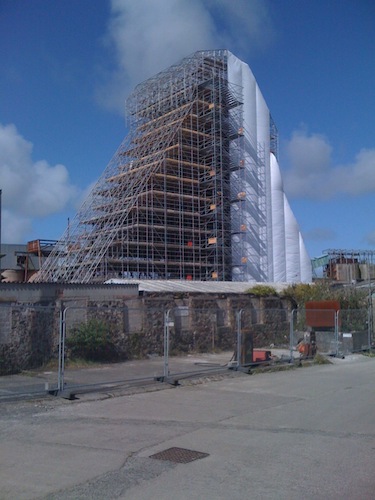 Work to conserve and refurbish the iconic head frame at the South Crofty tin mine and Chapple’s two Grade II Pump Engine Houses – including the repainting of the steel head frame – started in February 2013 after being granted planning permission in late 2011. Work is currently scheduled to reach completion in September 2013.

Cormac Contracting Ltd is the main contractor on the project, who hired out a number of local sub-contractors to carry out the refurbishment of the mine. Cornwall Councils is providing the architectural management on the iconic head frame and engine houses, along with Historic Environment Service making sure that the restoration does not affect the listed buildings. 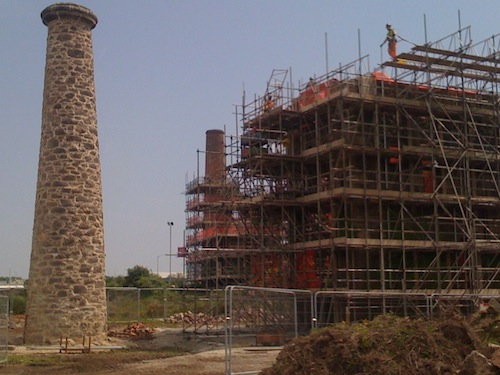 During the course of the works the existing features of the mine are to be maintained and improved in-keeping with archaeological standards; making sure the original features are maintained. One of the main materials used in this restoration is lime water and it has been attempted (as much as possible) to keep to the original stone for the mine which is dated from as far back as the 16th Century.

Some obstacles faced during the development were the challenges involved with carrying out certain work safely, especially during the early stages of the refurbishment, as the stability of the ancient buildings was in relatively poor condition before the restoration took place.

South Crofty has been mining since it opened back in the 16th century and was forced to close back in 1998 after the price of tin hit an all-time low, the Cornwall mine was the last tin mining company to close in Europe. 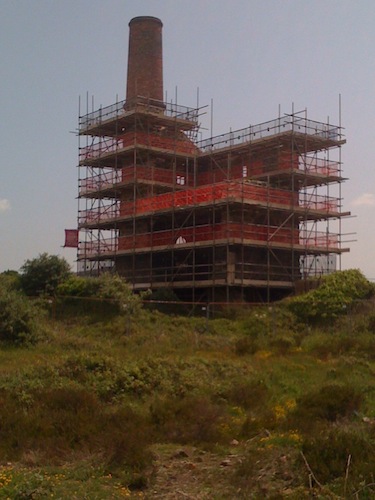 The reopening of the South Crofty mine will be a great boost for the community, as it will provide several new employment possibilities for people within the area, and will also improve the appearance of the historical landmark of Camborne, which has become rundown over the years.

The steel head frame of the South Crofty mine is not a listed building but is recorded as a building of local interest on the Cornwall & Isles of Scilly Historic Environment Record. It was built in the 1950s and modified in the 1970s; it is no longer used for winding men or materials up from the mine shaft.

“We are delighted with this latest development at South Crofty which is a major part of the wider regeneration opportunities around the Camborne, Pool and Redruth area.

“As well as enabling WUM to progress their long term mining aspirations this will lead to excellent job creation for Cornwall.  The land vacated by the current surface mining operations is key to high quality commercial and residential opportunities in the area and we look forward to continuing to work with the private sector to ensure the potential economic benefits are realised.” 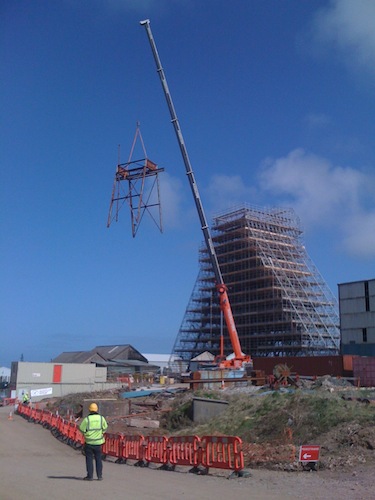 “It has been a longstanding ambition that this local landmark is conserved and maintained. It has been leased to the Council under the agreement with Western United Mines as it is not currently required by the company to access their proposed workings.

The restoration that we are carrying out will include a new coat of paint guaranteed to protect it for 25 years.”

The main contractor Cormac Contracting are widely known as south west’s leading Civil Engineering contractors,based with a multi-skilled local workforce and a range of specifically skilled and highly trained staff.