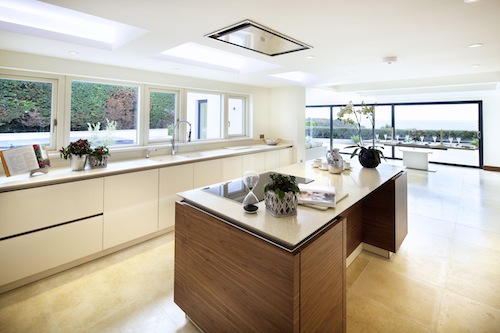 Originally built in the 1970s, Le Vau Tocque is a beautiful bungalow situated near the coast in Jersey. The building – which has recently been renovated – benefits from fantastic views out across the sea.

Before renovation work took place on the bungalow the property was very outdated and offered no access to the garden through the house. The aim of Le Vau Tocque refurbishment was to bring the house back up to a modern standard of living and improve accessibility.

The refurbishment comprised the installation of new windows and doors, bringing more natural light into the building; and the opening up of rooms in order to provide better access to the garden. Larsen was the main contractor on the project, whilst architecture Barnes Collie Fischer was the architect. 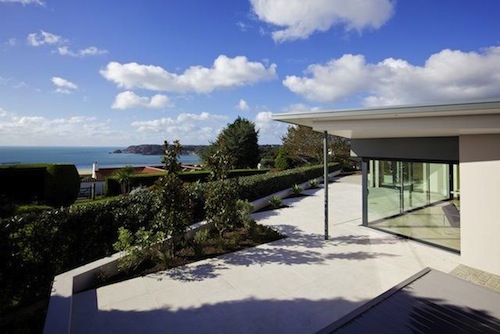 The single storey house has a large attic with a low pitched roof so the internal structure of the building was opened up and dormer windows were introduced. Roof lights were then fitted and the redesigned attic now offers a spacious suite of rooms with improved views of the land and sea.

The interior design of the house included fitting out new bathrooms and new light fittings, whilst AV cables were installed in order to bring the house up to modern technology standards. The house originally had a relatively good size living room; however the current standard for houses is to have a large family room with the kitchen and living space joined together, so an extension was created to transform this area of the property. 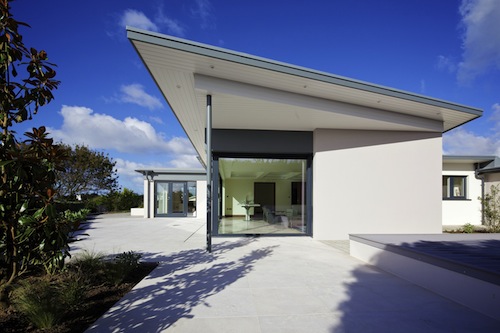 The new extension added around 25sqm to the room and the new living space is enclosed by large sliding doors. The doors, when opened, create a clear open corner to the living room allowing the occupants to enjoy a particularly fine view of St Brelades Bay and the granite headland beyond.

Additional work to the bungalow included the creation of extra bathrooms. The house originally had two bathrooms however following the renovation each bedroom now includes its own en-suite facilities.

The garden was landscaped by Bruce Labey Landscape Architecture Limited, with a 5m x 2m spa pool installed for residents to enjoy the warmer weather in comfort. An associated shower room was also introduced into the property to complement the pool. 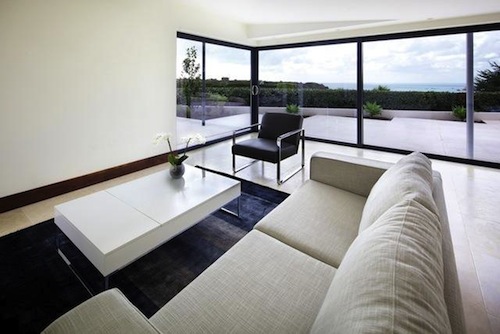 Work began on Le Vau Tocque back in September 2011 and the practical work was completed in October 2012. The work went ahead relatively smoothly, with only the poor condition of the original building slowing down progress a little.

Speaking about their involvement in the project Jeremy Barnes of architecture Barnes Collie Fischer, said:

“It was great to work on this project and it gives us a lot of publicity in an area of work that we are skilled in. We work on a vast array of projects but this is one that I think we have done the best work on. 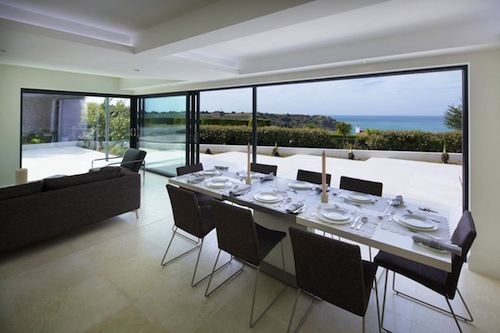 “We were reworking an existing building to make the most of its potential; I think that is where architects’ work will be more focussed in the future. We expect to be undertaking similar work to this in the future.”