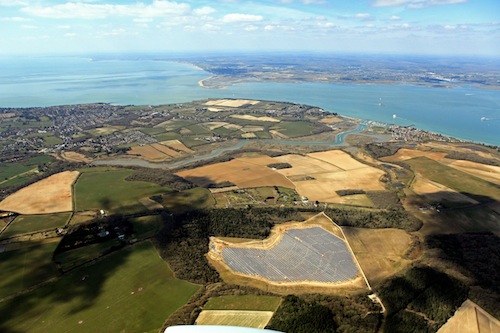 Renewable energy development business Inazin has successfully developed and managed the construction of a further 23MW of solar power across the UK.

The sites, in Devon, Dorset and the Isle of Wight, were commissioned and built in March 2013, meeting the Renewable Obligation (RO) cut-off deadline on 31st March.

The four parks – which include Shroton and Wareham, Dorset; Freshwater on the Isle of Wight; and Plymouth, Devon – are located in prime solar positions of between 24 and 50 acres. The four sites comprise more than 100,000 photovoltaic solar panels which can produce 23,000 kWh (Kilowatt hours) per year.

The energy produced by the four sites will provide power to approximately 7,200 homes, offsetting over 12,500 tonnes of carbon. 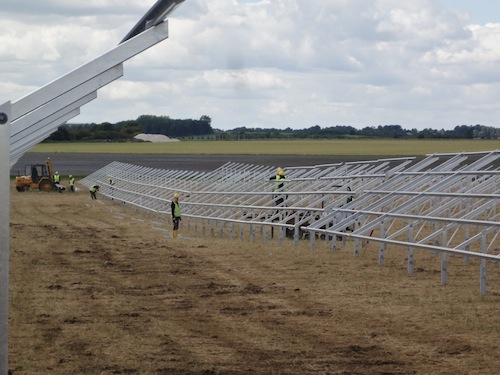 “Drawing on our experience of developing the UK’s largest portfolio of large scale solar parks under the Feed in Tariff we were able to mitigate risks and ensure that we met the high specifications of the RO on time and on budget. It was a team effort together with our partners. We are very glad that we commissioned our sites well inside the end of March deadline which other developers were unable to do. As a forerunner in this young industry our goal in 2013 is to expand the UK’s solar energy capability further with plans to build out a further 35MW this summer and additionally bring online in the order of 100MW by March 2014.”

The site at Freshwater on the Isle of Wight is the largest solar park on the island and has the capability of producing up to 7.5MW of electricity per year.

“This was a landmark project for the island and showed that even in area like the Isle of Wight, large and immensely important projects could be carefully incorporated. This project was about creating a sustainable solution that will benefit those on the island and the environment for years to come. Throughout the project I was impressed with the team at Inazin who demonstrated skill and dedication in the worst weather conditions for decades, ensuring the park was built and connected on time.”

Birmingham electrical services contractor JT Hawkes fitted out three of the solar farms, including the two sites in Dorset and the Freshwater site on the Isle of Wight. The Witton-based environmental specialist battled successfully against the clock to design and install the electricity plant in just eight weeks.

JT Hawkes worked as the electrical subcontractor for German photovoltaic general contractor Abakus Solar AG on the £2.2 million contract to fit out all three farms for Low Carbon, which funded the projects by leading solar developer Inazin.

Abakus delivered a total of 75,000 photovoltaic solar panels that now generate up to 18MW of electricity per year. Meanwhile, JT Hawkes designed and installed the entire power distribution network for each farm, which included building trenches for a total of 570,000 meters of solar cable and direct current supply cabling. JT Hawkes also fitted the inverters to convert the electricity from direct to alternating current to feed into the national grid via substations.

“Our success in delivering such challenging projects to our clients on time is down to the experience and expertise of highly valued partners such as JT Hawkes.” 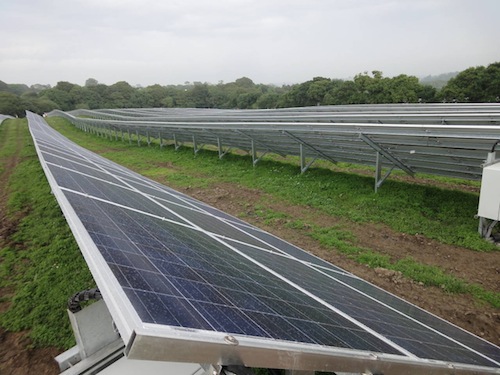 “As one of the UK’s leading solar developing companies – with an ambitious development programme – it was imperative that we met the RO deadline in order to maintain investor comfort and on-going support in this ever changing industry. The success of our projects has been down to the immense effort from our engineering, procurement and construction contractors delivering projects in terrible conditions and timescales.

“JT Hawkes worked in very difficult conditions to enable three solar farms with a combined capacity of 18 megawatts to become operational in a very tight timescale with time to spare. We were delighted with the company’s performance and quality of work, which was completed to an extremely high standard.”

John Hawkes, Managing Director of JT Hawkes, commented: “The success of these projects proves that we have become one of the UK’s leading contractors for new commercial solar power projects. I am immensely proud of our engineers who were able to complete three solar farms in such a short period of time despite the arduous conditions that saw some working up to their waists in mud.”