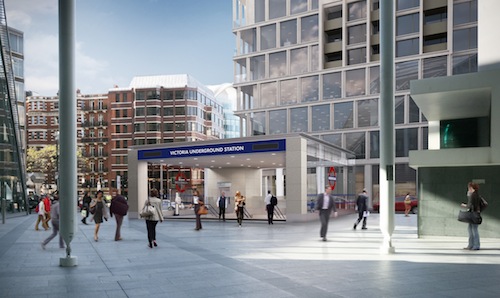 Work continues on the redevelopment of Victoria Tube Station, which remains on course for completion in 2018.

Once work is complete on the busy London underground station, passengers will have a modern station which will be more than doubled in size, less congested and have step-free access to speed up journey times. While the work is being carried out the station remains open because it is so vital to the capital.

The project is part of the Mayor’s and Transport for London’s (TfL’s) Investment Programme to improve and expand the transport network. This includes enlarging and improving a number of stations and lines around the nation’s capital, to improve the lives of all its passengers.

The Victoria line has been upgraded with new trains and signaling and it now runs the most intensive train service in the UK with 33 trains per hour at the busiest times. A new fleet of trains is now running on the Metropolitan line and new trains are being introduced on the Hammersmith & City and Circle lines.

London Underground this year celebrates its 150th anniversary and now more than half of its stations have been modernized. Key London stations have been made step free including King’s Cross St Pancras, Earls Court, Green Park, Blackfriars, Farringdon, and Wembley Central – currently a total of 66 Tube stations.

“Given that the station currently deals with more than 82 million passenger journeys each year, upgrading Victoria Underground is a vital  part of improving the Tube network which will ensure the station can cope with future demand, cut congestion, and improve access for all our passengers using the station.

“This will be a huge benefit to residents, commuters, and tourists, who will find it quicker and easier to enter, interchange with other modes, or exit the station. In addition, those arriving on the Victoria line who want to exit and continue their journey north of Victoria Street can utilize the new North Ticket Hall route and avoid the busy road junctions above.”

The construction team also retains a Lead Designer, Mott MacDonald, acting for the JV; Mott MacDonald is a diverse management, engineering and development consultancy and with more than 14,000 staff, the company has a global reach working across an array of business areas.

The redevelopment of Victoria Underground Station will include a new additional entrance and a new North Ticket Hall beneath Bressenden Place near the Cardinal Place Shopping Mall at the junction with Victoria Street and the creation of a much larger South Ticket Hall. This will make a total of three halls with the existing District and Circle line hall. The North Hall is set to open in 2016, while the South Hall expansion is planned to be completed by the end of 2018. 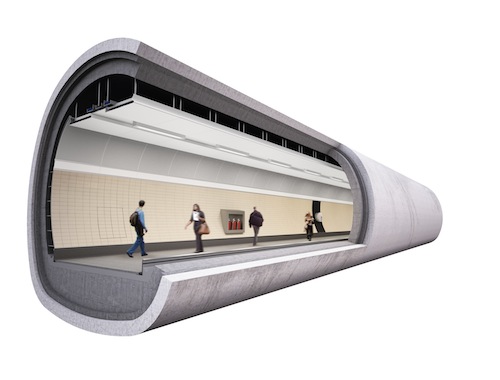 Nine brand new escalators are being installed, along with eight new lifts to provide step-free access to all platform levels and wider stairs to the national rail station. A new interchange tunnel to connect up ticket halls is also being created.

With London’s population continuing to expand it is estimated that by 2020 alone, Victoria Underground station will be dealing with approximately 100 million passenger journeys a year.

The upgrade works are necessary to accommodate this growth and in tandem improve efficiency and safety for all passengers using the services at the station. At a cost of £700 million, the project will deliver better capacity and a streamlined service for decades to come.

The improvement works at Victoria Station are part of an extensive Tube Improvement Plan, which includes the upgrade of a number of stations and Tube lines, including Bond Street, Tottenham Court Road and Farringdon.

Located in the heart of London’s West End, Bond Street Tube Station is currently undergoing a major London Underground redevelopment to increase capacity and improve accessibility at a total cost of £300 million. It needs to be enlarged to cope with the huge increase in passengers that the Crossrail development of the station will bring. Crossrail is a London wide project that is redeveloping and improving the capital’s vital network links.  Construction on the Crossrail project at Bond Street Station is scheduled to be complete by 2018.

The works will also encompass the installation of additional escalators to the Jubilee line and also there will be step-free access provided to the 260m station platforms 26m beneath the south side of Oxford Street. In addition to this a step-free passenger link tunnel will connect the Crossrail platforms to the existing London Underground station.

Tottenham Court Road Tube station’s redevelopment will dramatically reduce congestion and provide vital links to Crossrail services. The £500 million redevelopment of the Tube station will create a huge amount of new underground space, with stunning new entrances, step-free access to all platforms and a direct interchange with Crossrail services when they arrive at the station in 2018.

When Tottenham Court Road station was built over a century ago, it was not designed to cope with the 147,000 people that currently use it every day. As one of the most important stations in the heart of London, the station serves the Central and Northern lines that bisect the city.

Farringdon Station is also set to get a new lease of life as part of the Crossrail development. Sitting right at the heart of the London network, the station is fundamental to Crossrail meeting its aspiration of creating a world-class and affordable railway that meets the ever growing transport needs of London.

When complete, it is planned that over 140 trains per hour will flow through the Farringdon interchange – which will be the link between Thameslink, Crossrail and London Underground services.

In addition to being the only station from which passengers can access all three networks, it will also be possible to directly connect with three of London’s five airports (with single interchange to the other two), providing a highly desirable railway connection between Heathrow and Gatwick.

As a result the station will likely become one of Britain’s busiest commuter hubs. It is hoped that due to the volume of people passing through the area, Farringdon will re-emerge as a destination in itself.