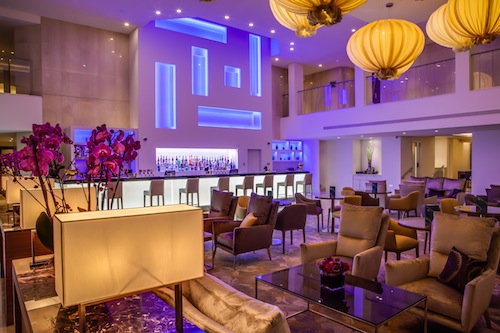 Situated opposite Edgware Road Tube station and just ten minutes walk from Oxford Street and Marble Arch, the Hilton London Metropole is a grand conference and meetings hotel located in the heart of London.

Currently the hotel is being remodelled to improve facilities – including the addition of new meeting rooms – so that the hotel can offer guests exactly what they would expect of a hotel of its calibre.

Fit-out specialists, Overbury is the main contractor on the project, with Peter Sullivan of Sullivan Collins contracted as Head of Hotel Design, Construction and Building Consultancy, on behalf of the hotel owner Tonstate. The architectural work and interior design are both being provided by Aukett Fitzroy Robinson. The hotel will be the first UK property to incorporate the Hilton Hotels & Resorts brand’s new innovative lobby design narrative, envisioned by Tonstate Chief Executive, Dr Edward Wojakovski.

The work is being conducted in three phases, with the first phase now completed and preparation work taking place on Phase Two. Not only has Phase One been a success in terms of the programme of work, it has also been nominated at the European Hotel Design Awards 2013. 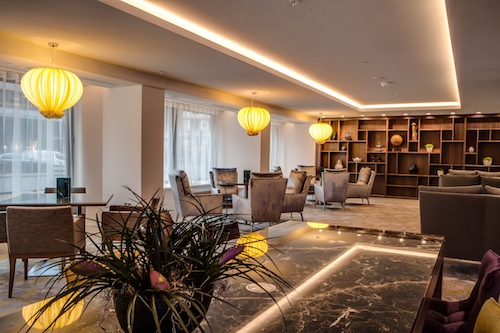 “Hilton London Metropole is the biggest four star conference facility hotel in London and the work that we are conducting is quite extensive.

“The hotel consists of three different buildings, all built at different times, which now form the entire hotel. The initial building was the central tower, which was then followed by the east wing and finally the west wing.

“Once the work we are implementing is complete, it will dramatically alter the visual identity of the hotel as well as the arrival experience for guests.”

Discussing the recent nomination for the work on Phase One, Colin said:

“We’ve had a number of awards internationally which has been great, but this is the first time in a few years that we have been recognised at this particular award ceremony. Our Berlin office has also been nominated for a project, so it is double recognition this year, which is just fantastic.”

Phase One of the project reached completion in September and Phase Two, which consists of work to provide up to 100 additional bedrooms in the West Wing, will get underway shortly. The third phase will see the creation of two new floors, to include a destination restaurant & bar as well as a plant room. 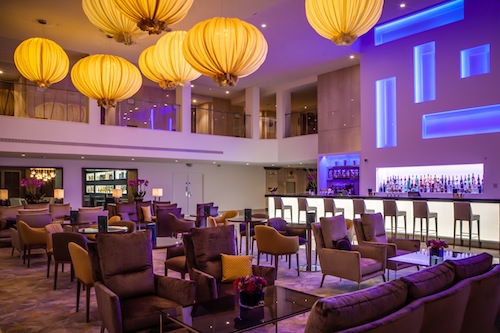 “The main challenge of Phase One was the removal of a taxi drop off point along Edgware Road, but we prepared a specialist report which detailed that this could be managed quite effectively through the creation of a new drop off zone.”

The Hilton London Metropole is the UK’s largest conference and meetings hotel, boasting an impressive 1,054 air conditioned rooms – including deluxe, executive and apartment – along with a business centre, restaurant & bar and health club with a 12.5 metre pool. Additional features of the hotel include a hair salon, retail outlets, two food and beverage outlets, 24-hour room service & laundry facilities and on-site parking for up to 170 cars.

The hotel was designed to accommodate large numbers of delegates in stunning event rooms and is fully serviced to meet the needs of all its guests.

For more information, or to make a reservation, please visit: www.hiltonlondonmet.com.