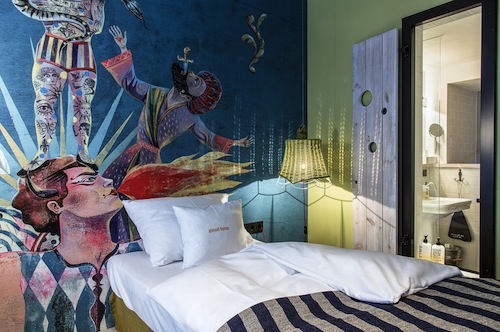 Taking inspiration from Vienna’s rich and creative history, 25hours Hotel at MuseumsQuartier is a beautifully designed hotel, situated in The Seventh (Der Siebte Bezirk), a high-class district in Vienna.

The hotel is amongst two 25hours hotel’s to receive nominations at the European Hotel Design Awards 2013, joining 25hours Hotel Zurich West, for a total of five nominations.

25hours Hotel at MuseumsQuarter which opened in April 2013, was expertly delivered by interior designer dreimeta, and is in the running for Best Bedrooms & Bathrooms and Best Restaurant. In addition, the hotel’s luxurious spa, Mermaid’s Cave has given the hotel its third nomination in the category of best Spa, Health & Leisure Facility.

Such is the elegance of 25hours Hotel at MuseumsQuartier’s, a red carpet leads the way to the guest rooms, all of which feature an interesting combination of materials, shapes, colours and accessories – lovingly placed together. The aim was to make each room individual, by introducing surprising details and authentic objects throughout. 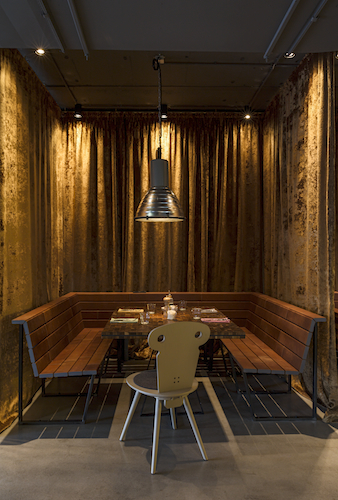 The hotel includes 219 bedrooms (or private retreats) which are spread across seven storeys, and include a range of features, from flat screen TVs and iPod docking stations, through to Wi-Fi access. The smallest rooms at the hotel are the M Rooms, which then move up in size and features to M+ Rooms, L Rooms, L+ Rooms, Suites, Panorama Suites and the Director’s Suite.

The Director’s Suite is located on the fifth floor of the hotel and covers an area of 50 square meters. With its panoramic view and private terrace – with open air bathtub – it is certainly a fantastic feature of the hotel.

The hotel’s restaurant, 1500 Foodmakers, serves a contemporary take on Italian cuisine, from cosmopolitan pizza and homemade pasta, to light salads and naughty but nice dolci. 1500 Foodmakers’ design is inspired by the best restaurants in Santa Monica, New York and LA and is capable of seating 130 diners at its wooden and zinc tables. The restaurant makes great use of space, to create contrasting areas, and includes large windows which can be opened up to let the outside in. 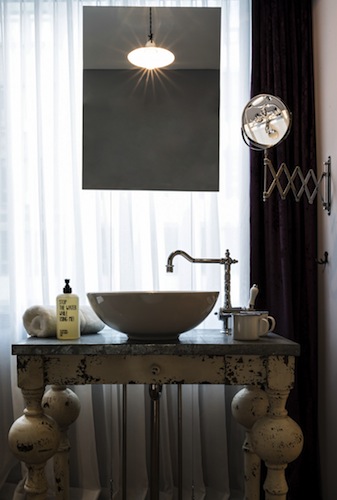 Located on the floor directly below the restaurant, the hotel accommodates a spacious function suite with an outdoor terrace, as well as the Mermaid’s Cave spa which is the ideal place to sweat, cool off, then relax. Meanwhile, 25hours Hotel at MuseumsQuarter’s spacious foyer is the nerve centre of the hotel, presenting a lively marketplace for hotel guests, local residents, curious passersby and hipsters from The Seventh.

“25hours Hotel at MuseumQuartier provides a welcome break from everyday life by allowing us to immerse ourselves in a different world; a world of entertainment and the spectacular, which challenges our powers of imagination.”

Whilst 25hours Hotel at MuseumQuartier is up for three awards, 25hours Hotel Zurich West in Switzerland, has received two nominations at the European Hotel Design Awards 2013. Situated in the lively area of Zurich West, the hotel boasts 126 guest rooms and is perfectly located for guests wanting to see one of the most important developing areas in the city. 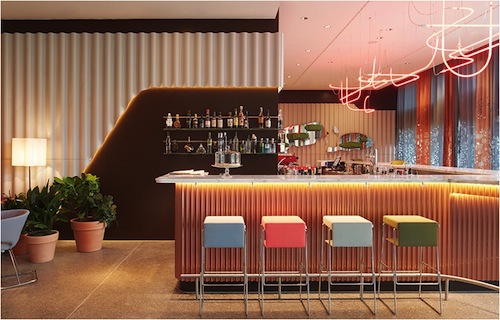 The organised and timeless interior of the first 25hours Hotel in Switzerland greets its guests with sophistication, showcased through its generously sized hotel hall, elegant textiles and liveable atmosphere.

Alfredo Häberli Design Development was the interior designer on the hotel, whilst ADP Architekten Zurich provided all architectural services. 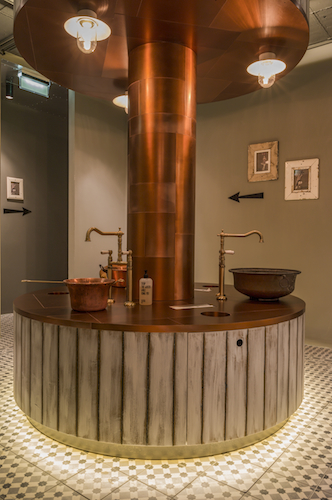