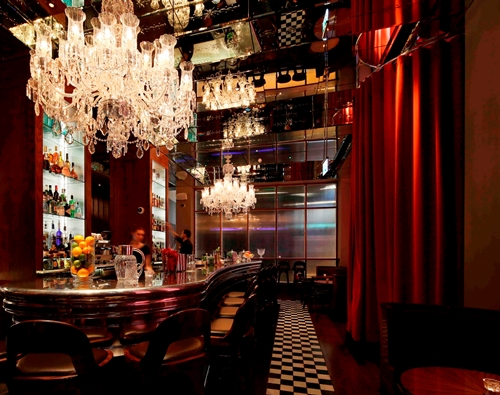 After a 12 year closure, the first of the world’s great railway hotels, the Great Northern Hotel, has re-opened its doors to guests.

“The restoration and re-opening of the Great Northern Hotel has been a dream of mine for many years. I saw the quality in the original architecture and realised what a careful renovation could contribute to the major regeneration being undertaken at King’s Cross. The hotel has an enchanting beauty and enjoys the most spectacular of locations in one of London’s most exciting neighbourhoods. I wanted to re-create something of real and lasting value; a London landmark that would serve visitors and Londoners alike.”
The Grade II listed building occupies a prime position between King’s Cross Station and St Pancras International, the busiest rail transport hub in Europe, and is a short walk away from Euston Station. The Great Northern Hotel actually forms an integral part of King’s Cross Station, with the signature dome of the new Western Concourse designed to fit the crescent shape of the hotel itself, and it is a mere 25m from the Eurostar terminus at St Pancras International.

Originally designed by architect Lewis Cubitt, the Great Northern Hotel opened in 1854 as the first of the new generation of Victorian railway hotels. Its Italianate, classical features are textbook examples of the early Victorian period. Reflecting its architectural heritage, the 91-bedroom hotel has been sensitively refurbished and its interior design exudes a timeless elegance with a hint of modernity. The intention has been to evoke the romance of rail travel from a bygone age and to preserve a sense of history and style. David Archer and Julie Ann Humphryes, co-founders of Archer Humphryes Architects (Hakkasan, Sans Souci Hotel Vienna), were commissioned to execute the concept and interior design of the hotel.

In regaining the lost stature of this charming building and returning it back to use after many years of neglect, there was much valued collaboration between English Heritage, The London Borough of Camden, the contractor, the owner and the design teams.

As part of the development a charming restaurant and a glamorous bar have been created and these will be run under the care of highly respected chef, Mark Sargeant, who was head chef at Gordon Ramsey’s at Claridges for eight years previously.

The 90-cover restaurant, Plum + Spilt Milk, is destined to become a neighbourhood dining and meeting room with views overlooking London’s newest public square, the King’s Cross piazza, and St Pancras International. Set in an elegant yet informal space, it has been created for people to meet, eat, work and socialise. Daylight streams into the stunning dining room through wall-to-wall 3m tall sash windows. A total of 120 hand blown pendant lights create an ethereal atmosphere and the handmade furniture adds an air of understated sophistication.

Plum + Spilt Milk opens from 7am until 1am and its décor, lighting and menu have been designed to allow the guest experience and ambience of the restaurant to move through each part of the day from breakfast to lunch through afternoon team and finally onto dinner. 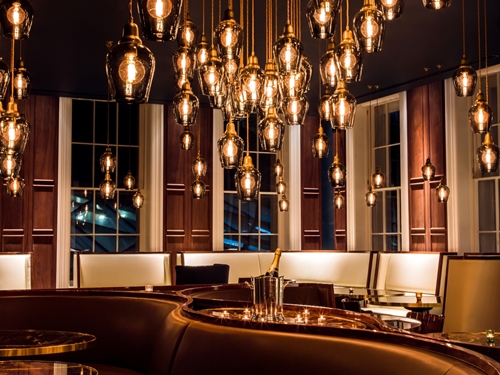 On the ground floor of the hotel, opening directly into the Western Concourse of the King’s Cross Station and immediately opposite the exit for Eurostar at St Pancras, sits GNH Bar, a glamorous cocktail bar. This bar has mirrored etched ceilings, a striking organically curved pewter topped bar, and it makes much use of high quality natural finishes such as black American walnut and black and white marble. It opens for breakfast from 7am and its main menu offering will be tapas style dishes for travellers in a rush or drinkers who wish to graze whilst enjoying a fine champagne or a cocktail. Closing at 1am, GNH Bar has been positioned to have a higher energy level than Plum + Spilt Milk, with well known guest DJs playing frequently throughout the week and brunch on Sundays with a live pianist.

The hotel also caters for those wishing to enjoy the finest, hot, home-cooked food on the go. KIOSK is a new take-away concept serving hot roast meat sandwiches from the ground floor of the hotel directly into the Western Concourse of King’s Cross Station. A choice of hot salt beef, roast turkey breast or pork belly is hand carved and then stacked hugely into artisan breads before being wrapped and boxed-up beautifully for your train journey or office desk. MSN has already voted KIOSK’s hot salt beef reuben one of the UK’s best take-away sandwiches.