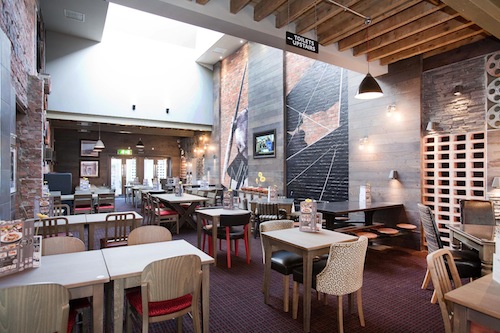 The Queen’s Picture House, the latest addition to the iconic chain of JD Wetherspoons popular public houses, has been nominated for the exclusive Restaurant and Bar Design Award.

Since opening its doors in April this year the public house, on South Road, Waterloo has received a positive and enthusiastic response. The location which now houses the nominated establishment was initially the site of former cinema, The Queen’s Picture House, which was purpose built in 1913 and was a popular focal point in Merseyside before showing its final film in 1959.

The main contractors on site were Coccion, who carried out the £1.3 million project over four months commencing in January this year. The development resulted in a new-look pub being born from the previously existing furniture store that had closed its doors to the public some time before and was in desperate need of some TLC!

Harrison Ince, the architects and interior designers on the site, are known to take inspiration for the design of projects from the existing building and local surroundings. They have worked on many projects for JD Wetherspoons and are clearly entrusted with producing the desired outcome shared by all involved. Existing features, dating back to when the site housed the cinema, such as original brick walls and steel, were used as a starting point with sleek minimalistic fixtures incorporated to provide a refreshed and modern feel to the building. 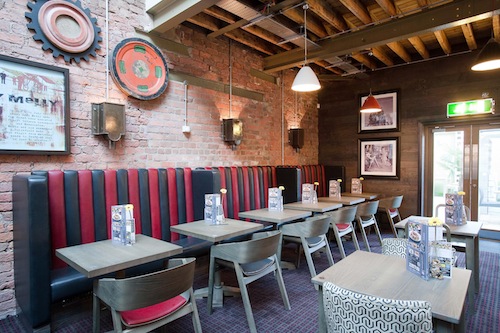 Andy Ince, Director of Harrison Ince explained: “The bar’s basic principle is to provide a comfortable environment that attracts people whether they are 18 or 80 not a certain specific age range. Therefore the design reflects this and has elements of a traditional public house. We were given free rein in how we carried out the refurbishment with our primary focus being to create a first class design.”

The Queen’s Picture House boasts dazzling decor alongside traditional pub features creating a warm and welcoming vibe. A spacious, bright yet intimate drinking and dining experience is provided with a combination of high ceilings and wooden beams complimented with light, cool colours alongside wooden furniture and feature brick walls. In addition there is an enclosed modern beer garden to the rear of the premises where guests can enjoy food and drinks al fresco style! 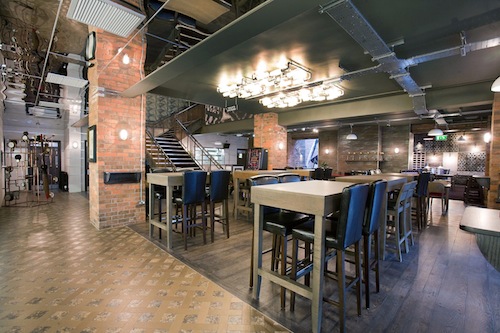 Andy Ince discussed some of the structural work that was carried out on the building, he explained: “One of the biggest changes that we made to the existing building was the installation of a large rooflight, allowing light to flood down the central section of the building. We wanted to create the feeling of plenty of natural light throughout the body of the pub. All previous fixtures and fittings were completely ripped out and we started The Queen’s Picture House from scratch.”

Speaking to Premier Hospitality ahead of The Restaurant and Bar Design Awards, Andy Ince said: “We are thrilled to be involved with a project that has not only been nominated for an award but also shortlisted, it is very exciting. To get this kind of recognition on a local and international scale is fantastic and very important to all involved.”

For more information on the location and opening times of The Queens Picture House visit: www.jdwetherspoon.co.uk/home/pubs/the-queens-picture-house. 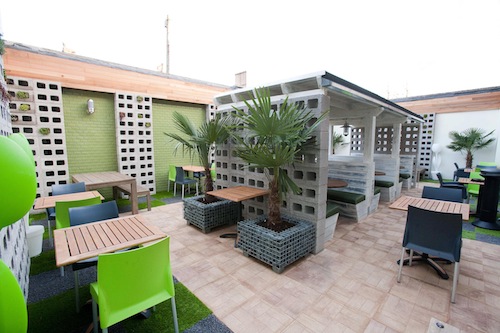 Coccion Construction Ltd is a fit-out contractor working on a range of internal fit-out refurbishment and new build projects. The company has been in operation since 2004 and works on a range of schemes, from hospitality fit-outs through to projects in the health care and education sector. 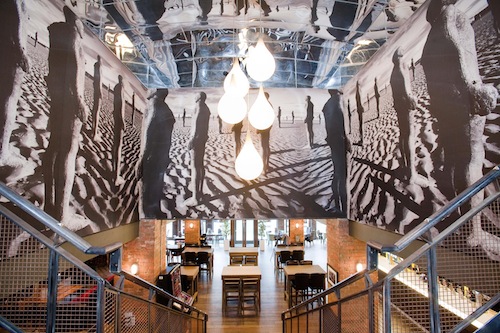 “It is great to be associated with The Queen’s Picture House as this was a great project to be involved with.”

“At Coccion Construction Ltd everyone is hands on and we pride ourselves on the high level service that we provide to our clients.”