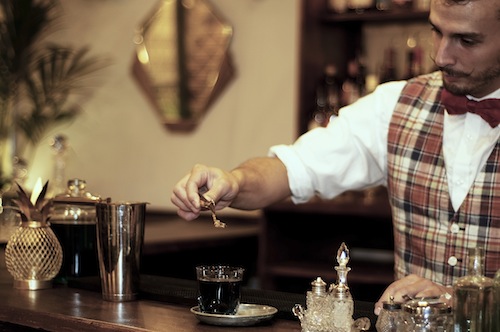 Situated in Angel, Hoxley and Porter is a brand new cocktail bar with a difference.

Boasting drinks such as ‘Whatever Doesn’t Kill You’ and ‘Caribbean Inception’, Hoxley and Porter includes an opulent train carriage and promises to be a dining adventure that offers fine British fayre with far-flung drinks!

Hoxley and Porter opened its doors for the first time in September 2013 and is the vision of bar operator Costa Tofan. Discussing the new venue, Costa, said:

“We wanted to bring something unique and fresh to Islington – at Hoxley and Porter you’ll find inspiring drinks, fine food and the space to appreciate great company. We have created somewhere you can stay all night and get lost in the story; somewhere you can come back to time and time again and discover new elements to your surroundings.”

Work began on the project in July, with Tudor as the main contractor and Kai Design as the interior designer. Kai Design is a leading interior and graphic design studio which has previously worked on such high profile sites as The Lost & Found in Birmingham, The Social at Oxford Circus, and Ales & Tails in Twickenham. 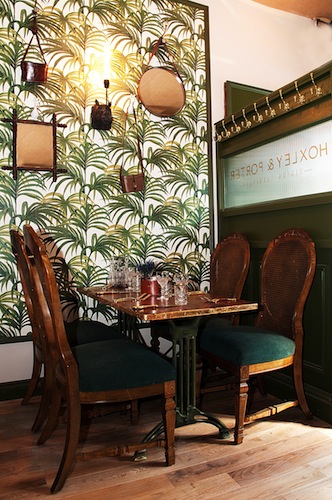 “I really enjoyed designing this project as it was a little bit different to all of our other projects. We were not really given a specific brief from the start so we had free reign to do as we pleased. This was a very rare situation to be in and we were grateful that the client trusted us enough to leave it in our hands.”

“We put a lot of time and thought into our designs and when it starts to become a reality we all get extremely excited and look forward to hearing people’s reaction to it!”

Hoxley & Porter combines flavours of a Victorian gentlemen’s club and Colonial Poirot, with Egyptian noir and surrealist jungles. Whilst Hoxley is an intrepid explorer out to discover the mysteries of Africa, Porter takes its name from an exquisite diamond. When combined, the two aspects of the site create an interesting and inspiring mix that transports diners into a forgotten and mysterious world. 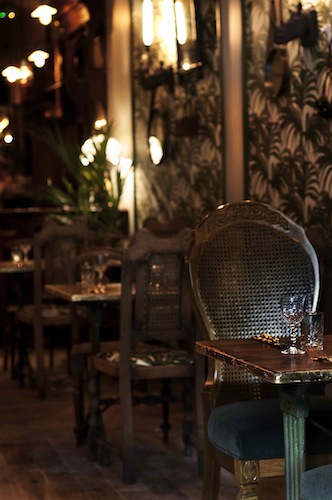 “The space is divided into small segments, with the front restaurant having a light colonial feel, with palmeral wallpaper and bespoke hessian lampshades. A train carriage sits alongside the restaurant, with the back rooms decked out in bespoke wallpaper mural, which begins with an Aztec-style pattern and gradually transforms into a jungle-meets-Egyptian style print, designed with Edouard Lyons of Arm & Eye Creative agency.”

Diners at Hoxley and Porter can expect a modern British affair, which includes traditional cuts of meat and fresh in-season vegetables. Meanwhile, the drinks menu, which is overseen by Michael Pendergast, combines an appreciation of seasonal and home-crafted ingredients, with nods to exotic flavours. 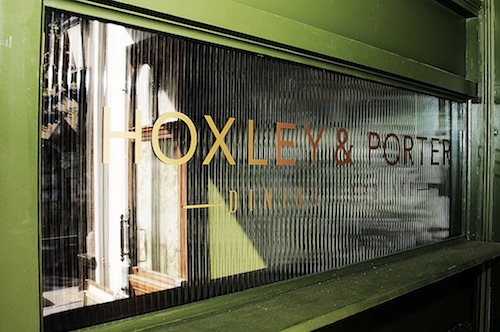 Michaela Reysenn founded Kai Design in 2007, and over the past few years she has gone from strength to strength with some fantastic projects under her belt.

Following the launch of The Betsy Smith, Kilburn in 2010, Kai Design were shortlisted for Best Independent Bar Design from the Restaurant & Bar Design Awards, and another shortlisting from The Publican Design Awards. This success led to many of London’s most popular venues approaching Kai Design for their interior services.

Recent years have seen Kai Design completing projects for Powder Keg Diplomacy (Clapham), Chase Vodka’s Pop up bar at Harvey Nichols (Knightsbridge), Barrio North (Islington), Barrio Central (Soho) and The Gaslight Grill (Battersea) among others. This year Kai Design has been shortlisted yet again in the Restaurant and Bar Design Awards for The Lost & Found, Birmingham. 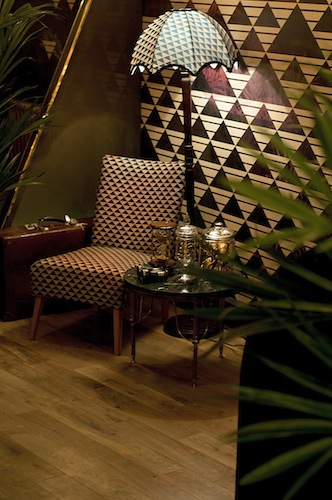 Recent projects include Mama lan on Clapham Common, Opium in Chinatown and The White Horse in Hoxton, to name a few.

“Hoxley & Porter was a very exciting project to work on as we were given total free reign with the design and we approached the interior taking influences from many different areas of the creative world.”

With many new projects on the horizon Kai Design continues to grow as a company every year. For more information on Kai Design please visit: www.kaidesign.co.uk.