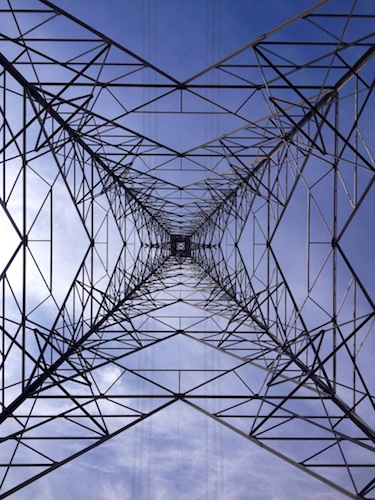 National Grid is currently in the process of building two of the tallest pylons in the region to carry overhead power line across the River Tees.

The scheme known as the Tees Crossing project is part of a £50 million project implemented to refurbish and replace sections of overhead line in the Middlesbrough area.

The new 145 metre tall pylons are being constructed so that the existing power line can be moved away from its current route through a chemical works plant, to a new location where the pylons will be more accessible for future maintenance work. The Tees Crossing project has been in the pipeline for ten years, however work got underway in 2011, with the main body of work reaching completion in late 2013.

Balfour Beatty is the principle contractor on the project, working in partnership with National Grid. Balfour Beatty is a global infrastructure group operating around the world and includes designers, planners, engineers, builders, project and facilities managers, analysts and consultants.

Balfour Beatty has been in operation for more than 100 years and within this time has been instrumental in the development of projects which enable societies and economies to grow. From health and education schemes, to rail, tunnels and electricity projects, such as Tees Crossing, Balfour Beatty implements the infrastructure that drives progress.

“National Grid operates the transmission lines throughout the UK. This scheme was highlighted due to its location through the middle of a petro chemical site where maintenance is an issue. In order for us to keep the lines operating as required we decided the best option was to move the tower to a more suitable location.

“In its new home we will be able to maintain the land under the station a lot better, meaning that we won’t have to come back and do this all over again. During the works we have to interface with existing businesses, so planning has been a key requirement of this project.”

“National Grid tends not to conduct too many new build schemes; more often we are conducting refurbishments. This is my first major scheme, so it is a very significant project for me to be a part of. It certainly has its challenges, but work continues to make good progress.”

The line over the Tees is part of the network of overhead lines, underground cables and substations that carry high voltage electricity across the country. This investment will keep lines in good working order, ensuring a safe, reliable service at all times.

During the course of the project a special crane is being employed to construct the new steel towers, whilst a helicopter is being used to lift the wires which run between the pylons. There will be no interruption to electricity supplies during the work.

“This is a very tricky operation but our focus will be on carrying out the work safely. We need to build very tall towers to support the wires because of the width of the River Tees at the crossing point and the fact that we need to make sure there is a safe clearance distance for the ships which will pass under the line.”

National Grid, which is the UK’s largest utility, has been working with local authorities, the Environment Agency and Natural England, amongst others, in planning the works on the lines which cross industrial areas, roads and railways in addition to the River Tees.

“Our purpose is to connect people to the energy they use. This £50 million investment will help ensure we can all continue to rely on having energy at our finger tips. Our society is built on warmth and light we rely on at home, and the power which keeps our factories and offices going.”

Total Care Security Ltd specialise in the provision of bespoke security solutions, from manned guards and remote cameras, through to asset protection and convoy security. The company has an extensive array of high profile clients, including Balfour Beatty, National Grid, Western Power, and United Utilities to name but a few.

“Total Care Security Ltd was proud to be involved in the Tees Crossing project as it was a major refurbishment of the eastern electricity network, including the design and build of the new Tees Crossing Towers.”