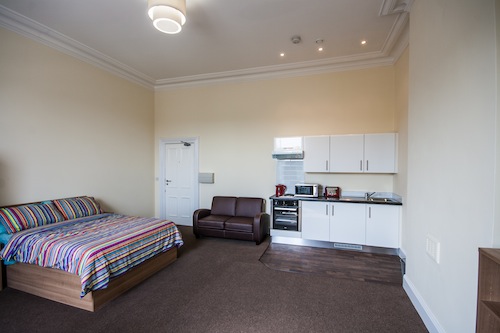 A £450,000 project to transform a Grade II Listed building into 16 modern studio apartments has reached completion.

Work concluded on Commerce House at 112 Fitzwilliam Street, Huddersfield, in September, just in time for the new student term.

The new studio apartments are all self-contained and comprise a bedroom, kitchenette and en-suite bathrooms, making them ideal for university students. The apartments range in size from 16 sq m to 25 sq m; all include double beds and modern kitchen appliances, and are finished in neutral colours.

Work began on the refurbishment project in April 2013, with Huddersfield based design practice Acumen Architects providing all architectural services on Commerce House. Established in 2002, Acumen is a progressive and environmentally aware practice, completing projects throughout the UK. 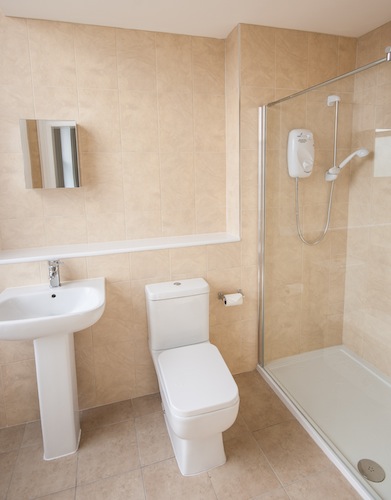 “Work ran very smoothly on this project, largely thanks to the great team that we had on board. Due to the Grade II Listed status of the building we worked closely with the planning and conservation teams prior to any construction work taking place.

“We restored a number of previously damaged architectural features of the building, including the plaster and timber work. The original ceiling coving and staircases were also reinstated.”

Envicon Ltd is an environmentally sympathetic construction company handling projects in the commercial, housing, health, education and retail sectors. The Huddersfield based contractor works on an array of projects, from new builds through to refurbishments and was the main contractor on Commerce House. 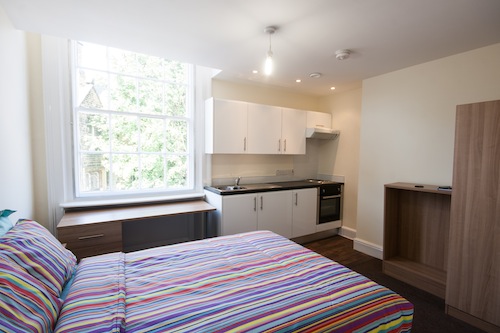 “As this was refurbishment of a Listed building, the materials that we used on the project were not just the typical standard materials, which of course has an impact on the timeframes. Also it is never quite clear how a building is put together from the outset when you are dealing with an existing building, and that in itself makes for a very interesting project. However this did not slow us down; the project ran as expected and the end result is fantastic.”

“We are a local company and in fact the building is located only a mile down the road from our office which is great. Working on a project so close to home is rare, so when one like this comes along it is very important to us that we are involved. 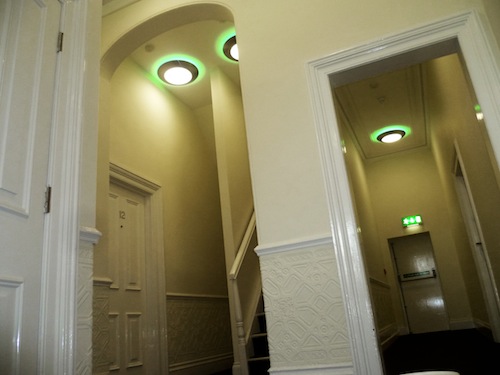 “At Envicon Ltd we have a lot of experience in working on Grade II Listed buildings, our staff having previously completed refurbishments for the likes of the University of Wales. We got to put this experience into practice and it helped us bring the project to a conclusion as planned. At the end of the day, students were set to move in for the new term, so we worked hard to ensure this remained our focus.”

To complete the project a small amount of landscaping work took place, which included the replacement of plants, shrubs and borders. This aspect of the project was implemented to tie the building back into its surroundings following its update. 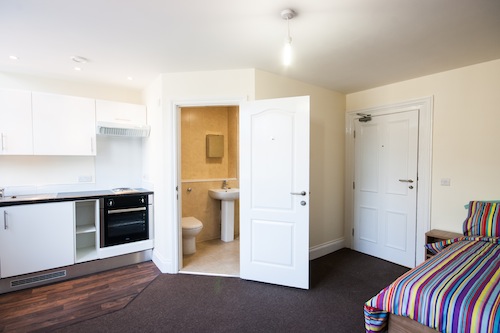 “All of the apartments have now been fully let, which is a positive for our client and given the project was based in Huddersfield, it provided a fantastic opportunity for Acumen to work on a local scheme. It was a pleasure to see such a dilapidated building being given a new lease of life and I’m pleased to be able to bring such a period building back in to beneficial use. It’s a positive step for both the local community and the economy of Huddersfield.”