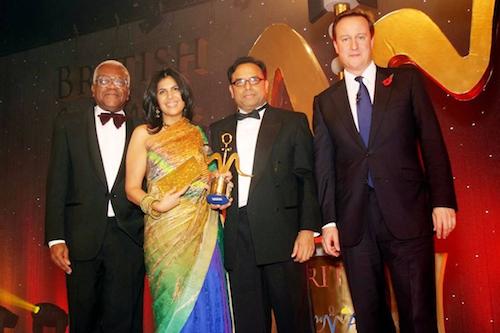 Curry industry. The industry at large, including foodies, celebrities, MP’s and dignitaries paid homage to the nation’s finest curry restaurants at Battersea Evolution, London. The British Curry Awards is the first landmark event to celebrate the industry’s achievements – with Prime Minister David Cameron fondly coining the event the ‘Curry Oscars’. This year’s ceremony welcomed many high profile guests from the UK culinary industry. Guests were wowed with an impressive gala dinner and award ceremony, as well as top billing entertainment.

Members of the public nominated their favourite Indian eatery for an accolade and the awards continued to draw a record number of nominations. This year, a phenomenal 263,000 public nominations have been received via app, email and post, with one restaurant generating 13,000 nominations alone.