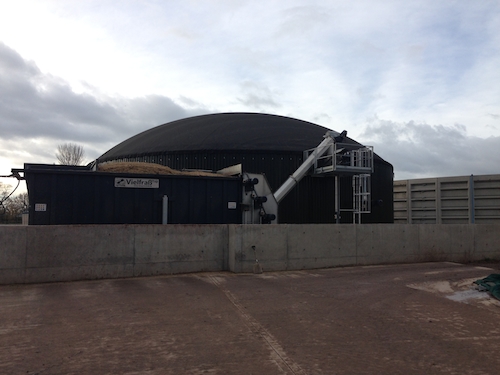 A project to install a biogas plant in Shrewsbury has proved successful after meeting all operational expectations within its first six months.

The plant in Shrewsbury is an agricultural anaerobic digester biogas plant capable of producing 380kW of electric. The plant – implemented by AgriKomp UK Ltd and built for Longner Energy Ltd –became operational in May 2013 and over the past three months alone has been operating at full capacity.

The bio gas plant has been constructed on a farm, allowing its owners to transform their agricultural waste into renewable energy. Speaking to Premier Construction about the new facility in Shrewsbury, Agrikomp UK Ltd General Manager, Quentin Kelly-Edwards, said:

“There are quite a few plants in the UK that are struggling to reach capacity, so this is one of the strengths of this particular project, that it has achieved its capacity.” 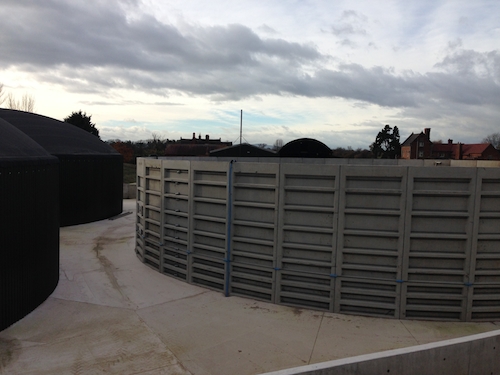 “The facility produces 100% renewable energy, utilising waste materials from their own farms, chicken litter and a mixture of cattle and pig slurry in addition to maize silage, grass silage and whole crop silage.”

AgriKomp UK Ltd has three plants in operation at present, one in Northern Ireland and two in England. The projects are either at full capacity or almost at capacity and are soon to be joined by another two facilities in Northern Ireland – which are built and ready for commissioning. Three more are under construction in NI, with a further two plants in England, one in NI and one in Scotland due to start construction soon.

A primary feature of each biogas plant is the specially constructed concrete digester tanks which include heating coils, helping the plant maintain its temperature. The tanks are fitted with biolene gas storage roofs which, through the anaerobic process, harvest the methane gas produced to run CHP units, which produce electricity & heat. A small proportion of the electricity & heat produced is needed to run the plant with the bulk available for export & generate income. The (spent) digestate is stored within pre-cast concrete storage tanks, this by-product is highly valuable as a fertiliser & can be separated into liquid and solid form for own use or for sale. 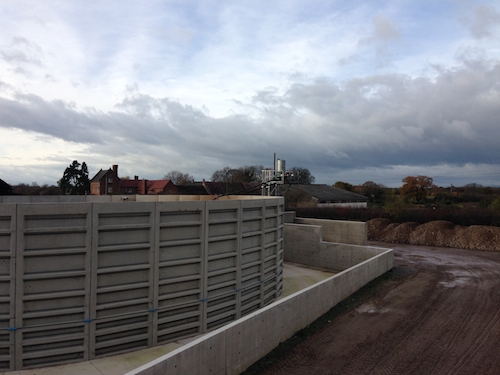 With the project having already proved itself, Quentin reflected on the start-up process, highlighting how it can be improved for future projects.

“The work ran smoothly and the plant was built within the expected timeframes. The commissioning of the plant went as expected, however, the start-up process took a little longer than what is possible. This was because the plant was started up with slurry instead of digestate from another plant. In countries such as Germany, where many more plants have been operational for a lot longer, it is common practice to make use of digestate from a running plant to seed the plant, which in turn speeds up the process. As more plants are constructed in the UK this will become a part of the start-up process, making everything run even smoother,” said Quentin.

When AgriKomp plan each new biogas plant, the company always takes a client’s operational parameters into account, along with their individual needs and feedstocks available. If an existing modular or mobile biogas system is not suitable for the intended site, AgriKomp can develop and manufacture a custom-made solution, something which the company has done on many occasions. To ensure the operational longevity of each plant AgriKomp also assures the availability of replacement parts.