The relocation of Oak Lodge Nursing Home in Oakley, near Basingstoke has been successfully completed and the venue has now opened its doors.

Nestled in a rural, 300 acre estate the nursing home is a relaxing haven for residents.

The project was a part conversion, part extension of the estate’s former Model Farm complex to allow for the relocation of the existing nursing home from Oakley Hall. The space vacated at Oakley Hall is now being converted into a 47 bed hotel.

The nursing home utilised existing farm houses, stables, dog kennels, and barns in the conversion and extended them to create a single building which now provides a 60 bed nursing home. It was a big task for the on site team as the farm was in an extreme state of disrepair. 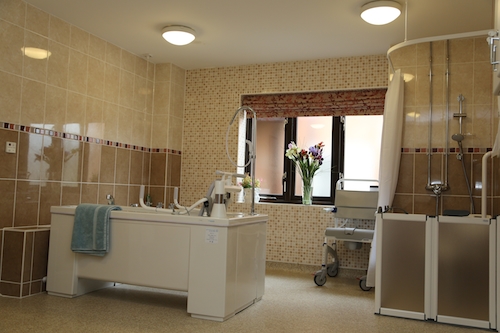 Macallan Penfold Ltd were the architects for the project. One of their fundamental tasks was to obtain planning permission to relocate the nursing home to the farm, and to convert and extend the buildings. Permission was finally granted after negotiations with Basingstoke and Deane Borough Council. Macallan Penfold also obtained Building Regulation consent for the development.

The nursing home contains 60 bedrooms which are arranged in small groups. The home also has a central sitting room and dining room as well a hairdressing/therapy salon, activity room with coffee bar and a family room.

The rooms within Oak Lodge boast en-suite facilities and have views over the two landscaped courtyards, and/or the open countryside all of which provides a peaceful setting for the residents. The nursing home courtyards have been landscaped to create a secluded, sensory space and the remaining grounds echo that of a rural farm setting.

The home is comprised of mainly single storey buildings and only has one building, the former barn, which contains first floor bedrooms; these rooms are reachable by lift. 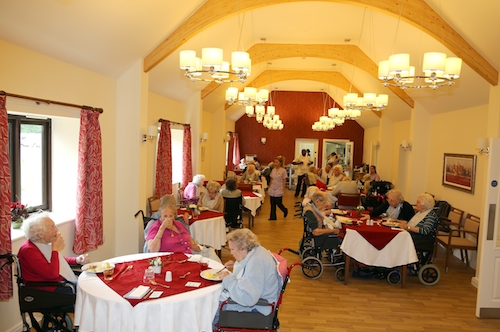 Macallan Penfold Director, Andrew Macallan spoke to Premier Construction about the brief they were given by owners Forest Care:

“We wanted to achieve a conversion that retained as many of the features of the existing buildings as possible, as well as the scale and character of the property. We also needed to double the amount of existing floor space whilst retaining the overall appearance.” 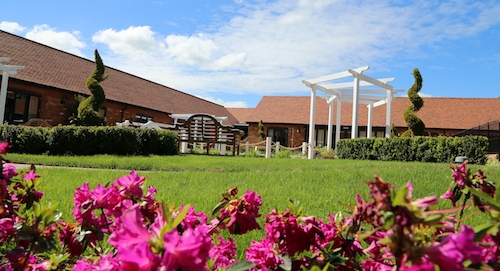 Some minor demolition took place during the construction works, which were managed by Cove Construction. One wing of a courtyard was demolished as it was too badly damaged to be renovated. The building was replaced with a new building of a similar scale. The renovation mainly used brick to complete the converted farms walls; and used timber joinery. The roofs were finished with plain clay tiles.

“The nursing home provides an up to date and modern facility in a very traditional setting. It has improved the standard of the buildings for Oak Lodge Nursing Home. We have worked closely with Cove Construction on the Oakley Hall Estate and this is a continuance of a longstanding working partnership. 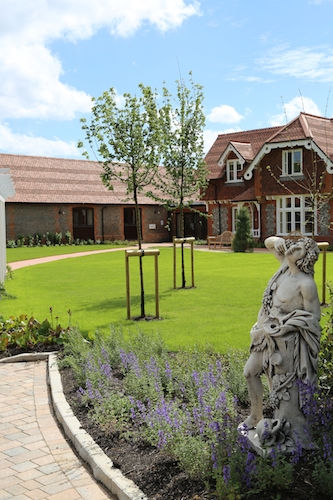 “We have worked with Cove Construction since 1993 when they acquired the site. Oakley Park, which is a 300 acre estate, keeps us busy on a regular basis.”

The model farm conversion was completed in June 2013 and took approximately 18 months.