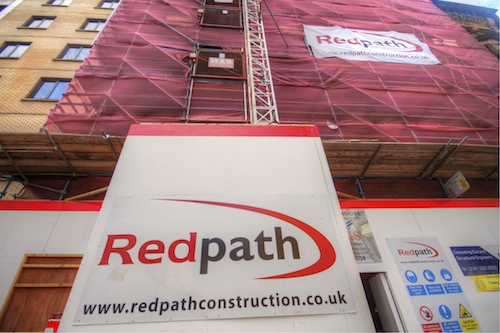 Formed in 2008, in what was largely a difficult time for many businesses around the world, Redpath Construction is a contractor undertaking all aspects of work, from refurbishments and fit-out schemes through to conservation projects.

The company draws its strength from a team of highly experienced professionals, bringing more than 25 years’ of industry know-how to the forefront of everything they do.

Whilst other companies have experienced uncertainty over the past five years, Redpath Construction has bucked the trend by continuing to go from strength to strength and was announced the third fastest growing company in Scotland by the Fast 50 Scotland in February 2013. The company delivers schemes in a diverse array of sectors, from retail, industrial and healthcare to commercial, education and residential.

“We set up Redpath Construction during the Credit Crunch, on what was known as Black Monday, but since then it has been fantastic – we have virtually doubled our turnover every year! We are a small to medium-sized construction company, but our team has a wealth of experience and over the next few years we expect this trend to continue.” 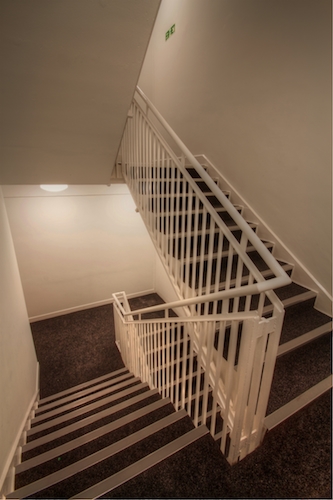 Two of the company’s most recent projects include student accommodation refurbishments in Glasgow; the first was on Jamaica Street and the second on St. Andrews Street. Implemented by Fortis Developments, the Jamaica Street project saw Redpath Construction convert a disused 1960s office block into student accommodation, whilst the St. Andrews Street project required the conversion of a Victorian building into 122 studio flats.

Both projects were completed in time for the September 2013 student in-take and so far the feedback has been excellent. Each project was completed to a high standard of accommodation, with fitted kitchens, en-suite facilities, common areas and amenities.

“Jamaica Street comprised 66 beds and saw the conversion of a property which had been lying empty for a number of years. This was a great job to be involved with and saw us add another floor on top of the existing building, renew the facade, fit-out six floors and bring it up to the current Building Regulations.”

“Glasgow University has filled the building with students and there’s currently a waiting list.” 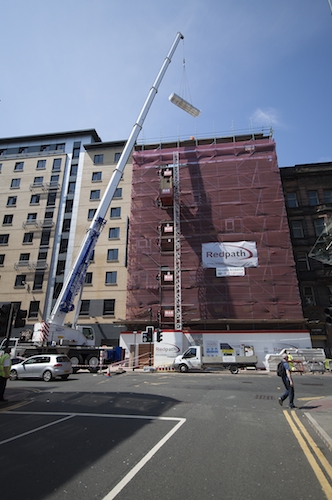 “This was our first project for Redpath Construction. We found the team at Jamaica Street very professional and easy to work with; we look forward to growing our relationship with Redpath and working with them again in the near future.” 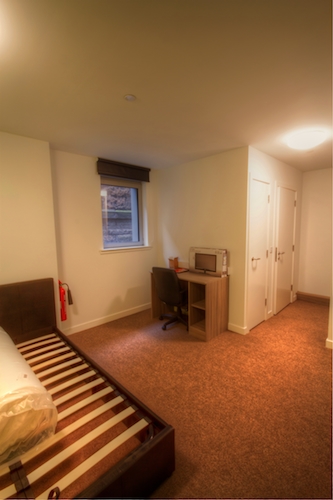 Work on the St. Andrews Street project followed six weeks after the Jamaica Street development and involved the removal of internal walls and the construction of new floors. The project was carried out over a 27-week period, with site crews working seven days a week.

“Fortis Developments wanted to move some of the students in early, so we phased the construction of rooms in order to allow students to move in before we had completed the overall job.”

The creation of the new student accommodation is a great boost to the local area, one which allows other businesses to benefit from the annual student influx in Glasgow. Not only has Redpath Construction seen itself grow during the recent economic crisis, it has also seen other companies benefit from the schemes that it has been a part of. 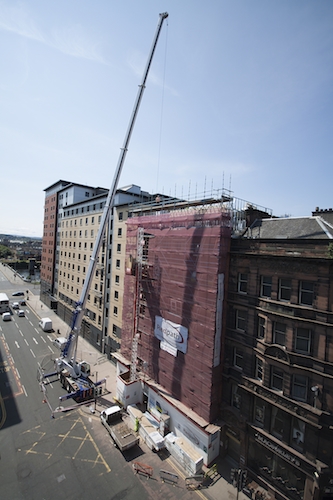 “Schemes like these are great. As we come out of the recession it is good to see new developments appearing. Anything that gets built anywhere has a knock on effect to the local areas, whether its retailers benefitting from the increased footfall or increased use of transport infrastructure, it is great to see buildings revitalised with a new vision. There’s a big change in the high street and it is good to be involved in that change.”