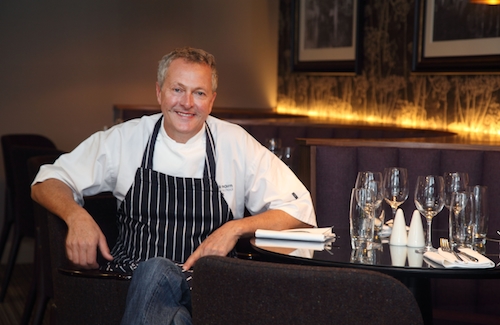 Scotland’s best known chef has unveiled his new restaurant in Aberdeen, putting local produce at the top of the menu.

Nick Nairn is working with a range of Scotland’s North East food producers to give a distinctive taste to his restaurant in the multi award winning Hilton Garden Inn. The 80-seat restaurant, known as Native, has a contemporary urban feel, with luxurious fabrics and furnishings, balanced by a range of nostalgic local images which line the walls.

“We have worked around the clock to deliver something really special. We called the restaurant Native because the food we serve belongs here. We are committed to supporting local suppliers and showcasing the best they have to offer so that means top quality local grass reared beef and lamb and amazing seafood from Aberdeen and Peterhead.”

The Native opening comes 18 months after Nick launched his Cook School in Aberdeen and represents a further major commitment to the area. Nick opened his first restaurant at Braeval near Aberfoyle and quickly became Scotland’s youngest Michelin starred chef, finding even more popularity through high profile TV programmes such as Wild Harvest and Ready Steady Cook. 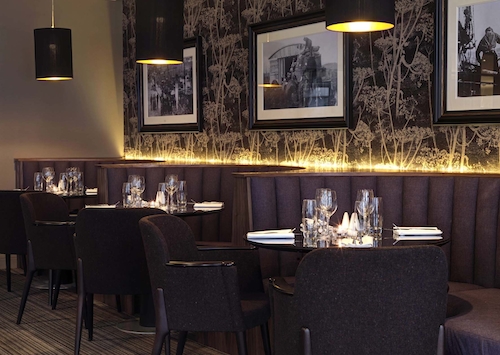 Nick said: “Aberdeen is where it’s happening. The Cook School has proved local people love good food and Native opened to make sure they get what they deserve.”

Committed to improving the standard of cooking and eating in Scotland, Nick opened a second Cook School in Aberdeen in 2012 and this lead to his involvement with Hilton Garden Inn.

“Hilton Garden Inn Aberdeen is an award-winning hotel and was rated as the fourth best hotel in the world in 2012 by the Expedia Insider’s Select List. In the past, whenever Nick came to Aberdeen he would stay with us at the hotel and he soon got to know everyone at the Hilton Garden Inn. When Nick was looking for a place to house his restaurant in Aberdeen he began talking to us about bringing his concept to the hotel.”

“The food at Native is locally sourced and we can even name the vessel where the fish came from. The dishes are very simple and fresh, so the design of the restaurant reflects this, presenting a very modern Scottish look.” 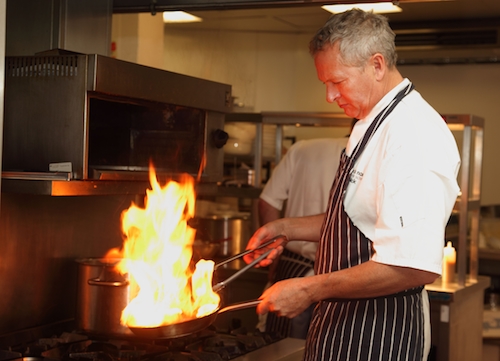 Work began on Native in September, with a soft opening on 9th October for guests, ahead of its official opening the following month. Whilst the work was being conducted the hotel’s existing bar and restaurant was sectioned off so not to cause disruption to guests.

“To begin we worked on the bar area, by creating a temporary lounge within one corner of the restaurant. Once this was finished we opened up the bar, closed the restaurant down and moved the tables to the restaurant so that we could serve breakfast.”

James Storey was the main contractor on the project, overseeing the work. The project ran smoothly and was completed within a 16-day timeframe.

Discussing the importance of the project, Nitin said:

“This is a fantastic addition to the hotel, which brings two very strong brands together. Nick has a very big following in the North East of Scotland and this will only help to further strengthen our place within the market.” 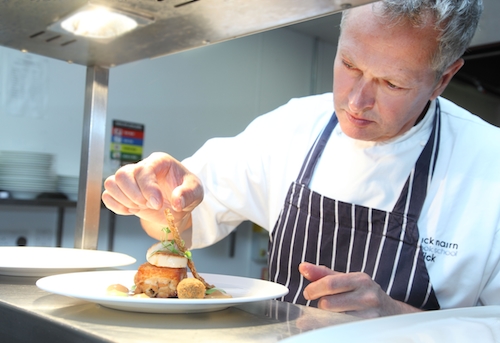 Hilton Garden Inn is the award-winning, upscale, yet affordable hotel brand that continually strives to ensure today’s busy travellers have everything they need to be most productive on the road — from the oh-so-comfortable Garden Sleep System® bed to complimentary wired and Wi-Fi Internet access in all guestrooms. For more information about Hilton Garden Inn sites around the globe, please visit: www.hgi.com or www.news.hgi.com.