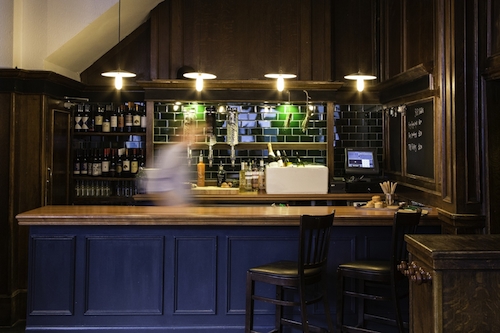 A Mayfair fixture since 1738, the Running Horse public house has reopened following a loving restoration.

Frustrated by the lack of ‘real pubs’ in the area, owners James Chase and Dominic Jacobs set about creating an authentic, timeless drinking experience that showcases Britain’s finest ales and seasonal ingredients.

In keeping with the ethos of James’ own family business, the critically acclaimed Chase Distillery, the Running Horse works closely with independent food and drink producers from outside of London, to support those behind the production process.

Alongside a well-maintained, revolving selection of seasonal beers, the Running Horse is the first site in the UK to serve Chase’s celebrated spirits on optic, offering the discerning London drinker a unique opportunity to experience its award winning vodka, gin and liqueurs.

The same uncomplicated focus on quality has also been applied to the Running Horse’s food, with former Masterchef: The Professionals quarter-finalist Andrew Justice in the saddle overseeing the kitchen – creating a menu that reflects the pub’s heritage and historic surroundings.Key dishes at Running Horse include The Chopped Burger with Jockey whips (chips) and Jacobs Ladder. 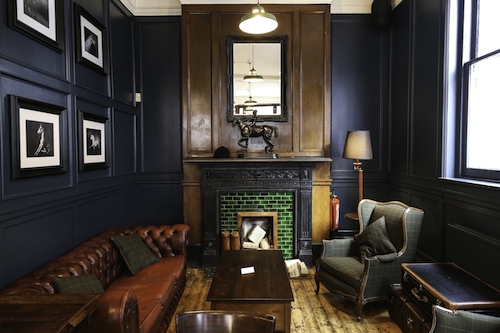 “About four years ago I met Dominic, we got on really well and from then on we remained in contact. Dom wanted his own bar, so I thought it would be a great opportunity for me to go into business with him and when the Running Horse came along it was the perfect site for us.

“Dom and I have always had a vision to create something we feel is game-changing – a new experience for London that allows us to showcase a few forgotten techniques along the way. We will stock a host of homemade ingredients alongside the very best, independent spirits, offering our guests the chance to learn about each one of our suppliers.”

“This is a two-floor concept, which opened in early October. We have had a fantastic reception which has retained the pub’s existing clientele but has also brought in a new crowd with a refined selection of drinks.”

Commenting on the location, Dominic, said:

“Finding the Running Horse was a real gem. We couldn’t wait to put all of our experience from our year in the industry into this institution. Championing the best British producers, from the drinks at the bar, to the food we serve is a labour of love. We are creating an unrivalled, relaxed, seasonal public house & kitchen in the heart of stuffy Mayfair. The Running Horse is a place we intend to have a lot of fun with and are thrilled to be a part of its long history.” 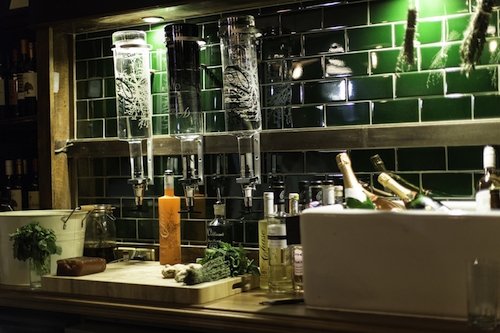 Not content with offering Mayfair one all-new drinking destination, the Davies St site also houses The Whip – a refined, upstairs cocktail bar that harks back to the glory days of the Kentucky Derby.

“Most pubs in the UK have a first floor function room so we thought we would make it into an 80-capacity cocktail bar. The Whip opened at the end of November and makes use of the expertise of both myself and Dominic.”

The bookable upstairs bar takes its cue from the celebrated drink of the Derby – the julep – which is served in pewter ‘tins’. The Whip’s julep menu encompasses seasonal British flavours and homemade preserves to create a series of signature serves unlike any of those currently found on the London cocktail scene.

“We are an independent company so everything matters to us. Although the Running Horse and The Whip are now complete we are looking towards a third phase in March 2014, to provide a private dining and events space, which will allow us to develop this site even further!” 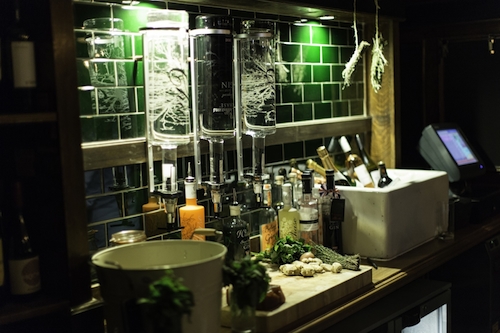 For more information on the Running Horse and The Whip, please visit: www.therunninghorsemayfair.co.uk.