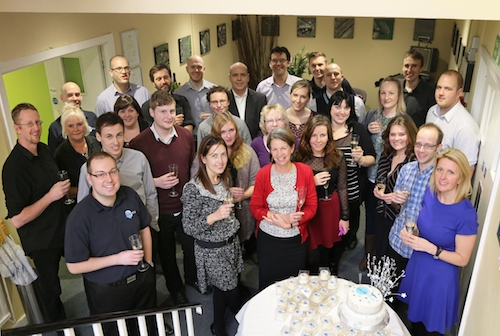 Since its inception in 2003 Bluesky has evolved into a leading aerial photographic mapping company pioneering new digital aerial surveying techniques. The company has led the way with thermal heat-loss mapping, produced the first solar power potential maps and has just completed the only National Tree Map.

Bluesky is also at the forefront of research into the use of geographic data to support renewable energy production with projects, both in the UK and Europe, receiving millions of pounds of government funding.

With origins in the 1990s operating as Wildgoose, Bluesky became the specialist aerial mapping production and fulfillment centre for Getmapping and was behind the production of the Millennium Map; the first country-wide aerial map of Britain. Bluesky was formed in December 2003 following a demerger from Getmapping Plc.
Managing Director of Bluesky International, Rachel Tidmarsh, commented:

“Although we describe ourselves as an aerial mapping company we don’t just produce aerial photomaps. By using our experience and expertise in photogrammetry we were the first company to produce maps of solar energy potential using aerial photography and photogrammetry, the first company to produce a detailed nationwide tree map and are currently involved in pioneering research  into night time aerial surveys and airborne pollution monitoring.

“One of the key factors in our success – evidenced by a fifty percent increase in turnover in the last twelve months and a seventy five percent growth in profit, is our commitment to invest in the best possible technology. We already have the only fully integrated aerial survey system in the world; combining a photogrammetric survey camera, state of the art LiDAR sensor and thermal infra-red imaging system, and we have further investment plans in place for 2014. These plans are essential to us achieving our ambitious and aggressive  five year growth plan.”

Bluesky operates from its headquarters in Coalville, a former coal mining town in north west Leicestershire. Operating on the site of the old Palitoy toy factory (producers of Action Man and Tiny Tears) Bluesky makes the most of its location with a major flying base at the nearby East Midlands airport and close ties with both Leicester and Loughborough Universities.