Bristol North Baths was closed down by Bristol City Council in 2006 and property developers Chatsworth Homes have since worked in partnership with the council to regenerate the building.

The development will open its doors to the public around April; works on the health centre are 95 per cent complete and the library and apartments will be finished in time for the April opening. After Chatsworth Homes were appointed as the preferred developer in 2006 they worked together with Bristol City Council to develop design plans which were taken forward to the planning stage in 2007.

The team were granted consent in March 2008 to regenerate Bristol North Baths into a health centre, as well as erecting a new build public library with apartments on the adjacent site which previously contained the baths car park and toilets. Due to the recession the development was delayed with works beginning on site in December 2012, much later than originally planned. 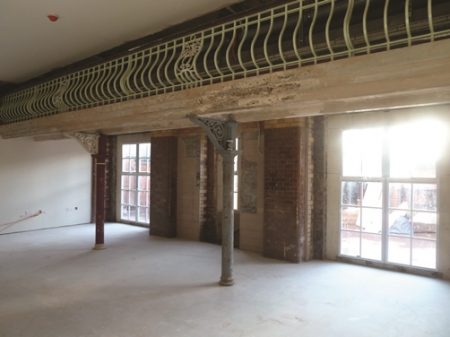 Bishoptons new health centre is a two storey building containing Bishopton Medical Practice on the first floor, and a pharmacy, meeting rooms, offices, group rooms, physiotherapy consulting rooms, a new hydrotherapy pool, as well as procedure suites on the buildings ground floor. The medical practice now has over 15,000 patients on its database.

The old Bristol North Baths building is well over 100 years old and holds a 120 ft chimney on the rear which needed desperate refurbishment. In order to finance this refurbishment a local electrical firm has mounted three very small telecom aerials on the chimney which has vastly improved reception in the area.

The new Bishopton Library is a four storey building containing modern library facilities, as well as boasting ten one and two bed apartments on the top floors which have now all been sold. The library and apartments are contained in a brick building with red brickwork, render panels and zinc cladding. The building has been designed to match the elevations of the old Bristol North Baths and blend in with the rest of the street. The roof of the library lines up with the new health centre and with the adjacent building which used to be a Methodist Chapel. 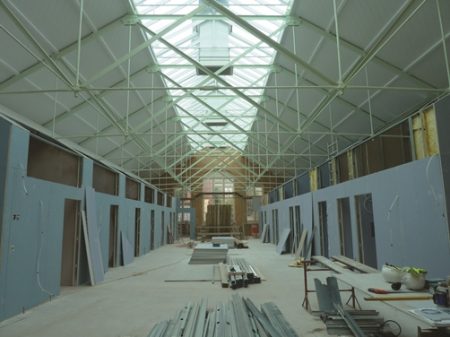 Bristol City Council and Chatsworth Homes have worked in partnership throughout the project employing a number of trades contractors to carry out the works on both buildings. Premier construction caught up with Kevin Batt, Managing Director of Chatsworth Homes, to find out more about the development. He said that due to the library and health centre being in the heart of Bishopton early morning deliveries had to be arranged to miss rush hour.

“It has meant a lot to be involved in the regeneration project as my own family are very attached to the building as my wife and sons were Gloucester County swimmers. So when the building closed I really wanted to see if we could bring it back into use as it is very dear to my heart. I also wanted to maintain some sort of swimming facility in the building.” 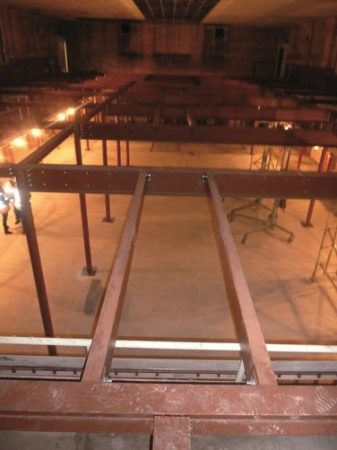 Upon completion Kevin said the health centre and library has a lot to offer to local people:

“It will be a huge community hub; the library is a very inviting building which people are drawn into it. There was a car park and toilets on the site before so what we have done is a vast improvement. The health centre next door, containing seven partners, will allow large numbers of people to be dealt with weekly and so is of huge local benefit.”