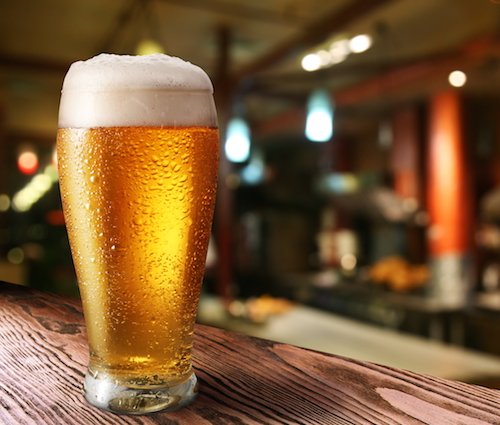 McMullen and Sons is a local pub and real ale brand.

The company was founded in 1827 by Peter McMullen and has since continued brewing in Hertford as well as reaching out to other counties in and around London. The company’s brewing history has been protected through its life by McMullen investing in and acquiring public houses. The pubs are run by managers and business partners and provide an exclusive market for McMullen beers – beers can also be bought in the company’s online store.

McMullen pride themselves in respect; respecting customers who spend their hard earned money, staff who entrust their working lives and career aspirations, tenants and pub operators who commit to business relationships and respecting shareholders who invest in meeting the above criteria.

The brand’s prestige comes from its drink offerings. Options of great British beverages include IPA, Country Bitter, Hertford Castle, Stronghart, AK, Cask Ale, Slipstream and McMullen’s Number One; all of which are ideal accompaniments for traditional pub grub. Sites within the McMullens portfolio include The Bullfinch in Sevenoaks, 2 Dry in Old Stevenage, Hollybush in Loughton and Heron on the Lake in Fleet, whilst recent additions include Kingfisher on the Quay in Mytchett and The Prince George in Tattenhoe.

Nestled away in Mytchett Surrey, Kingfisher on the Quay was purchased by McMullens in 2013 and given a little TLC to transform it into a great public house for the brewer. Kingfisher boasts the intriguing combination of Wi-Fi and water skiing and promises punters the perfect place to relax, converse and enjoy a great pint or two.

At Kingfisher on the Quay on-site chefs work daily to produce scrumptious dishes which offer a fresh take on British classics, with dishes including pork sausage and mash, fish and chips and the always popular rack of lamb. Meanwhile, desserts include Bramley apple pie with custard, lemon tart and Cumbrian sticky toffee pudding.

Situated on the outskirts of Milton Keynes, The Prince George in Tattenhoe opened its doors in February 2014 following an extensive construction programme. The community pub is named after the most recent addition to the Royal Family and serves up fine ales, hearty meals and a relaxed atmosphere.

Unlike Kingfisher on the Quay, there’s no water skiing at The Prince George, however, diners should not worry too much for the pub still boasts its own fantastic selling point – the chicken & grill concept. At The Prince George, meat is meticulously roasted to provide customers with delicious and healthy options when popping out for a quick bite or spending an evening with friends and family.

With a freshly spit-roasted chicken offering, the pub’s rotisserie & grill selection is understandably popular, but traditional dishes such as scampi in a basket, toad in the hole and hand cut ham & eggs are regularly served up too. Traditional pies, sarnies and spuds are also on the menu, along with salads, sides, desserts and the good old fashioned Sunday lunch.

Additional features at The Prince George include log burners, free Wi-Fi, plenty of parking and an extensive selection of wines. Oh, and when the sun finally decides to put in an appearance, customers can take advantage of the pub’s patio area, which includes non-smoking zones.

McMullen work to exceed customers expectations, something which they find have changed dramatically through history. Since being founded, the population have more rights in terms of expression of opinion, and McMullen have found that customers share expectations through numerous feed back processes, allowing the brand to see whether or not expectations have been met. The company have always been entirely customer focussed, meaning that as customers needs have evolved McMullen has evolved too; they believe that this has aided the brand to be successful for nearly two centuries.

For more information about McMullens or to discover where the nearest McMullens pub is to you, please visit: www.mcmullens.co.uk.