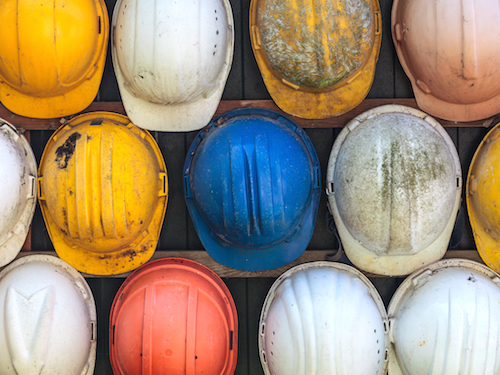 Surely the Health and Safety Executive (HSE) cannot be serious about issuing revised CDM Regulations in 2015 that are seriously flawed and will have a detrimental effect on the number of fatal and serious injuries in the building industry.

The HSE issued a draft of the proposed new regulations with a consultation document earlier this year and they have reviewed the submissions that they received. Their latest proposals make little sense and will produce unsatisfactory regulations.

The CDM Regulations 2007 are powerful and workable and substantially protect the health and safety of all who work in the construction industry. The only intelligent revision necessary is to include domestic clients as duty holders as required by the EU Directive.

The HSE were required to review the CDM Regulations by the incoming coalition government as directed by David Cameron to reduce “red tape” and reduce misused health and safety law. This obsession of the prime minister has resulted in the proposed, but not yet implemented, new CDM Regulations being not fit for purpose.

The HSE initially proposed removing all together the Approved Code of Practice and substituting “a suite of guidance” in its place. We believe that regulatory requirements create the motivation for achieving higher standards and continuous improvements in health and safety leading to innovation and best practice. Omit regulation and standards will fall and fatalities and serious accidents will increase. Guidance should assist in the understanding of regulations not replace them. Guidance can never have the same impact or standing in law as an Approved Codes of Practice. It would appear that the HSE has seen the stupidity of its original proposal and will now issue a revised Approved Code of Practice.

The intentions of including domestic clients as duty holders was initially seen as honorable and progressive but in practice the proposed responsibilities and legally binding requirements are hopelessly inadequate. The HSE state that “two thirds or more of fatalities now occur on small sites – sites where fewer than 15 people work”. The EU Directive requires the UK regulations to include building work for domestic clients much of which constitutes “small sites”. It is totally illogical to change the requirements for notification of a project to one that will have more than 20 workers working simultaneously at any point in the project as well as lasting longer than 30 working days. The current requirement of 30 working days or 500 person days is more logical and likely to be more effective in ensuring competent management of smaller projects. In addition there are no specific and expressly defined responsibilities for the domestic client similar to those of the commercial client included in the proposed new regulations. All domestic client responsibilities are forced on to other duty holders, principally the designers. The requirements of notifying the HSE of a project are so watered down for the domestic client as to make the point of including domestic clients a total waste of time. Domestic clients should have the same legal standing and responsibilities as commercial clients.

The most significant and unwelcome proposed change to the regulations is the removal of the CDM Co-ordinator from the list of duty holders and replacing the role with a Principal Designer. The CDM Regulations were originally introduced in 1994 and created the role of Planning Supervisor. The Regulations were then redrafted in 2007 and these changed the Planning Supervisor’s role into the current role of the CDM Co-ordinator that is a familiar part of the construction industry today. The CDM Co-ordinator is a trained and competent health and safety professional and is the principal advisor on health and safety matters to the entire design and construction team. The proposals to remove this role and incorporate the responsibilities in the new role of Principal Designer will mean removing the independent and professional role in health and safety planning and the continuity of responsibility from initial planning to practical completion of the construction process. The costs of instructing an independent CDM Co-ordinator are grossly overstated in the consultation document and the benefits are appreciated and acknowledged by architects and clients. This is the most irresponsible proposal that the HSE has made in the consultation document and now appear to be incorporating in the final 2015 Regulations. Only people who are competent and experienced enough to act as CDM Co-ordinators could possibly carry out the role of Principal Designer effectively. However the title indicates that a person who is a designer is capable of performing the proposed duties. The training of an architect does not currently cover fully the duties envisaged in the consultation document. Many architects do not want to take on the role as it would involve additional training and increase their workload for which they may not be able to seek additional payment from clients.

The removal of the requirement for a competent duty holder to advise clients on the suitability of the Construction Phase Plan is extremely irresponsible. This requirement was effectively a final preconstruction check that ensured that the principal contractor had considered all of the risks associated with the project. Under the CDM 2007 Regulations, the CDM Co-ordinator often identified omissions in the Construction Phase Health and Safety Plan and therefore the removal of this requirement will undoubtedly lead directly to an increase in accidents and injuries.

The HSE said in a statement published a short while ago: “There have been significant reductions in the number and rate of injury over the last 20 years or more. Nevertheless, construction remains a high risk industry. Although it accounts for only about 5% of the employees in Britain it still accounts for 22% of fatal injuries to employees and 10% of reported major injuries.”

In the light of these facts, why is the Government about to make fundamental changes to the CDM Regulations? It is undoubtedly a grave error to remove the “competence” requirement from the Regulations. There is overwhelming evidence that the lack of training and experience and pure incompetence is the root cause of the majority of accidents. It is not acceptable for the HSE to refer to the balance between costs and benefits in the competence arena as a reason for omitting a requirement for a high level of competence of all individuals and corporate bodies involved in the construction process. Proof of competence need not be excessively bureaucratic if it is engrained in the policies of corporate structures of any size. It is untrue for the HSE to say that competence is most effectively promoted through cultural change and leadership in the industry rather than regulation. Anyone involved in small and medium size building projects will have seen evidence of a lack of training and knowledge and simple incompetence resulting in avoidable and unnecessary accidents and injuries.

When it comes to the lives and well-being of workers on building sites what should be the criteria of Government represented by the HSE? Should it be to do as much as possible or as little as they can get away with? We hope that the answer is clear.

The construction industry has worked hard to reduce the appalling rate of accidents in construction we hope that Government does not accept the current proposals by the HSE and set the construction industry back 30 years in terms of the number of fatal and serious injuries. We owe it to the hardworking men and women working on construction sites to do all in our power to keep them from preventable and sometimes fatal accidents. Removing the CDM Co-ordinators role, or the competence requirements will be a disaster and will be seen as throwing the baby out with the bath water.