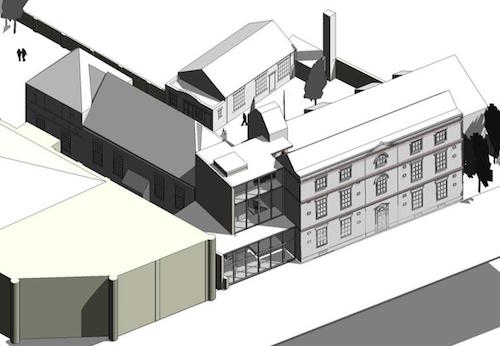 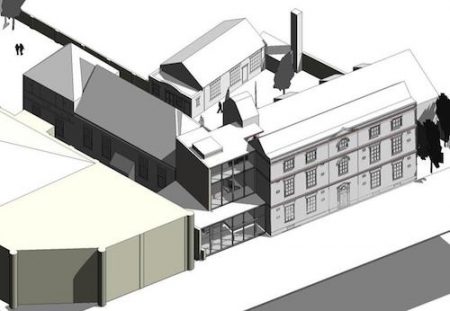 The project has been commissioned by Newark and Sherwood District Council in a bid to tell the story of The English Civil War.

Newark did have a museum service; however the service operated out of leased premises and therefore was expensive and did not accurately represent the whole story of The English Civil War. A new site was chosen to establish the National Civil War Centre, the old Magnus Buildings in Appleton Gate, and construction works began on site in September 2013.

Premier Construction caught up with Michael Constantine, Manager of the National Civil War Centre, to find out more about the project. He said:

“Newark and Sherwood District Council own the site which contains the Old Magnus Buildings, and will soon contain the National Civil War Centre. The buildings date back to the 1500’s and funds have been awarded, to renovate the units, by the Heritage Lottery Fund and the Council itself.

“Plans to open the centre began in the mid-2000s. The old museum was closed 18 months ago and works began to renovate the empty historic buildings, known as the Magnus Buildings, which had stood empty for seven years. There was a huge gap in the market that the museum could fill within the community.”

Robert Woodhead Heritage Ltd, which has a specialist heritage buildings division, is acting as the main contractor on the project alongside Purcell Architects. The relocation of numerous services, including gas and electrics, needed to be undertaken before works could begin constructing the new building, which links the old buildings together, on site.

A lot of investigative works took place as well before construction works began in order to identify what needed to be addressed. The Georgian building needed five of its historic beams replacing with steel beams as they were structurally unsafe. When the Georgian space is safe it will house the temporary exhibition space on the top two floors and The Newark Museum on the ground floor.

The Tudor building on site dates back to 1529 and will be used as a conference and events space. As this was last worked on almost 300 years ago this unit also needed some attention. The Victorian building on site had been constructed atop three layers of bricks and no mortar so it was difficult for the onsite team to tackle.

The team have worked alongside conservation officers from Newark and Sherwood District Council in order to ensure works have run smoothly and in line with retaining the building’s roots.

An awful lot of heavy works have been undertaken on site because dry rot has been discovered and so the team have had to remove many of the building’s floors and ceilings to remove the rot. The site will also house the Civil War Gallery and further educational spaces in the remaining buildings on site. The venue is due to open late April next year.

Michael said the quality cultural attraction will bring a lot to the local community:

“The £2 million project will be a game changer for the town of Newark and the local district. It will trigger people to visit Newark as tourists rather than anywhere else; I expect more people to visit the town and museum as a result of the project.

“The construction job involved a mixture of modern glass buildings and historic building conservation and so was a great amalgam of different types of works. It has been great to be able to see the unpicking of layers of history and tell those stories to the public.”

Transhaven Piling Ltd specialises in piled foundations and underpinning works. The firm most recently have been involved in the creation of The National Civil War Centre in Newark, Nottingham.

We caught up with Tony Oliphant, Managing Director of Transhaven Piling Ltd, to find out more about their role in the project. He said:

“We traditionally underpinned some of the existing buildings on site as well as constructing a contiguous piled wall to facilitate the construction of the basement and lift pit. It was important for us to be involved with such a big project as we only launched in April 2013. We were able to demonstrate the expertise we have in this field on such a detailed project; there were lots of issues to deal with on such a restricted access site in the centre of Newark.”