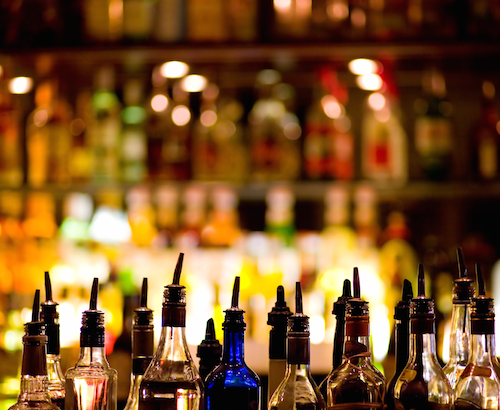 In addition to the bedrooms, the hotel incorporates a bar, a private dining room and a lounge on the ground floor, with a spa, function room and cellars with vaulted ceilings at basement level.

The exact age of the Kings Head is not known, but it was certainly in existence as a coaching inn in the middle of the fourteenth century.

The project was managed by The Vineyard Group, Main Contractors were the Esprit Group, and the Architect was Luke Hemming, both of whom were commended for their work. The interior design is a collaboration between Calico Interiors and stylist Hannah Lohan.

The upgraded restaurant has an open kitchen, cooking traditional English dishes using a Robata grill which has been installed in the refurbishment process.

Sarah Mitchell, Director of Calico Interiors told Premier Construction: “The building had been derelict for a number of years and the owner and town were keen to get the hotel refurbished to its former glory.”

Five luxury bedrooms each have their own individual design themes, with the remaining rooms being designed based on four different schemes using materials from local suppliers.

Whilst renovating, feature fireplaces, stonework and traditional wooden beams were found, and these have been incorporated into the new design, which was changed when unexpected features were discovered. An architectural dig revealed finds that have been retained under a glazed walkway in the hotel reception area.

The bedrooms are all designed around the original features to present a different character with unique personalities. Fabrics and furnishings, large beds, oversized showers and coffee machines give the hotel a homely feel.

Embracing the best of British design, Calico Interiors have used local designers and manufacturers wherever possible. They sourced beautiful fabrics from Lewis & Wood based in Stroud, which were made into sumptuous drapes and cushions for use throughout the hotel in Calico Interiors’ own workrooms in the Forest of Dean. For some of the bedrooms they selected Lewis & Wood wallpapers depicting a countryside scene featuring Tetbury Church and other Cotswold landmarks.

In addition, the Windsor desks and the chairs in the bedrooms were handcrafted by I & JL brown based in Hereford and covered using the company’s own fabric colour ‘Calico Grey’.

The beautiful hand blown lanterns, which are a real feature in the hotel were supplied by designer Fritz Fryer of Ross on Wye.

“There were a lot of interesting architectural elements to the project. We had an original piece of roman mosaic in the reception which was kept covered throughout the redevelopment.”

“The history of the building has created some very interesting challenges,” he added, before commending the main contractors Espirit Construction and the architect Luke Hemming.

“You can plan some things but others you’ve got to think of when you come across it, and I’ve got to say the contractors from that point of view were excellent.” he added.