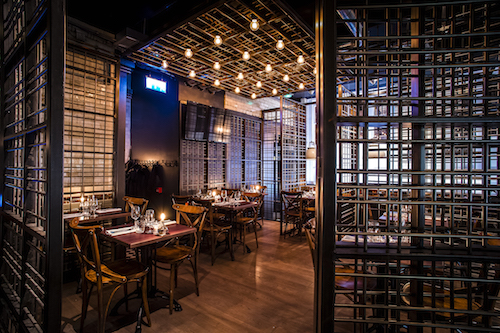 Wright Brothers was established by brothers-in-law Ben Wright and Robin Hancock in 2003, since which time it has come to be recognised as one of the country’s finest specialist seafood wholesalers.

Wright and Hancock opened their first restaurant, the Oyster and Porter House in Borough Market, in 2005, and haven’t looked back since.

As one of the UK’s most respected seafood wholesalers, the Wright Brothers is in the unique position of being able to source oysters direct from its own Duchy Oyster Farm, part of the private estate of HRH The Prince of Wales on the Helford River in Cornwall. Wright Brothers’ pacific oysters have an extremely high meat-to-shell ratio and since reappearing on the London market in 2007 have consistently topped the charts in independent tasting sessions.

Keen to remain at the forefront of the industry, the Wright Brothers have recently undertaken a major refurbishment to one of the company’s existing sites, Soho Oyster House, to keep its offering as fresh as its oysters. Located within the popular West End district of London Soho Oyster House is split across three floors, with each area providing a very distinct space; from an open-plan kitchen on the first floor to a private dining space within the basement level.

Award-winning fit-out contractor, WFC was the main contractor involved with the refurbishment at Soho Oyster House. WFC has a track record of delivering high quality main contractor and project management services for more than 35 years, so was the ideal choice for this project.

WFC were brought on board the project towards the end of 2013 and completed the transformation in just ten days.

“We became involved with the Wright Brothers project through a recommendation. Another client introduced us to Robin Hancock and after hitting it off we were asked to take a look at this project.”

The restaurant is divided up into three floors, the basement, the ground floor and the mezzanine. A cocktail bar is situated on the ground floor which serves up a tempting array of beverages.

One of the highlights of Soho Oyster House is The Cage, a private dining room which is located within the basement level of the restaurant. The Cage is a large dining space, which is used for standard service during peak times and is also available for private hire. Open-plan cooking is also on display at the restaurant, showcasing the skill which goes into making each dish so delicious.

Working on the Wright Brothers’ Soho Oyster House was a fantastic experience for WFC.