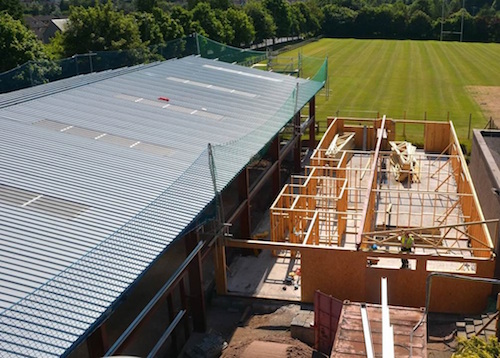 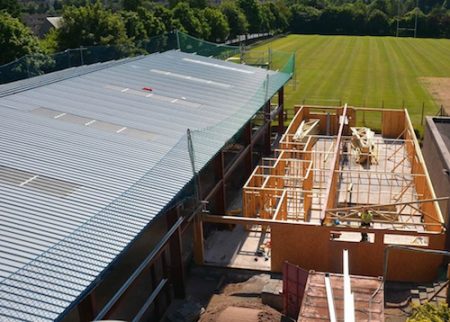 Linlithgow Rugby Club has praised the performance of the contract team constructing a brand new state-of-the-art indoor training facility which will benefit not only themselves, but other clubs and the wider community.

The new building, built on an empty site in front of the club house at Mains Park, on Mains Road, was constructed by Stewart Homes, who recently constructed a similar facility for Grangemouth Rugby Club and have been commended for their performance on the scheme.

“The main contractors have been super – I have nothing but praise for them. Any problems have been speedily and efficiently resolved and the project is on schedule and on budget,” Linlithgow Rugby Club Past President Gavin Brown told Premier Construction.

The architect for the project is Bill Stewart; the quantity surveyor is John Stark.

“Most people are amazed at the large size of the building, which is taller than the clubhouse,” added Gavin. The external elevations are in brick to the lower half of the building, with cladding above and a cladding roof. Windows are installed within the gym area, with skylight panels bringing in natural daylight over the indoor sports pitch.

Internally the building includes an 18m x 20m 3G sports pitch; a strength and conditioning exercise suite including a weight training area; an area containing exercise equipment including a tread mill and exercise bikes, plus associated changing rooms and toilets, including facilities for disabled people. 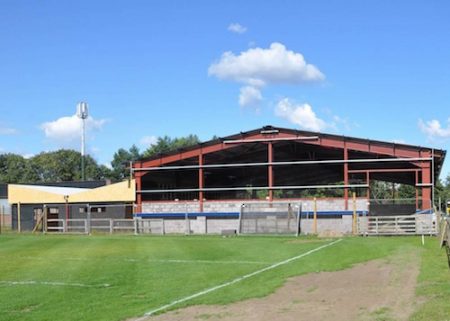 “We are trying to incorporate both cost effective and environmentally friendly features, including motion sensitive lights which switch off automatically if there is no-one in the room,” said Gavin.

Right from the beginning the club identified a need for an indoor facility due to the restrictions of adverse weather which often resulted in the cancellation of youth training sessions – especially in winter. It was also decided that the new facility would be available for rent by other sports clubs, and by the wider community.

“We have been planning this for years and applied for funding to Sport Scotland in 2011. We went through the two-stage application process and were awarded £225,000 of the £445,000 contract price.

“A further £15,000 was raised by a gala dinner held by the club in partnership with The Bill McLaren Foundation – set up by the family of the late Scottish sports commentator to promote rugby. The rest is being raised by the club in a wide variety of ways. A particularly successful method of achieving this includes handing out piggy banks for people to fill with donations, which alone has raised £5,000, with more still being handed in.

The building has now been completed and internal works are underway. Work commenced on site in April 2014, with completion scheduled for 26th October and opening due in November 2014.

“The building looks even better than I thought it would and is blending in with the existing club house and area,” said Gavin.  “I am sure that our players and other users will feel its benefit.”