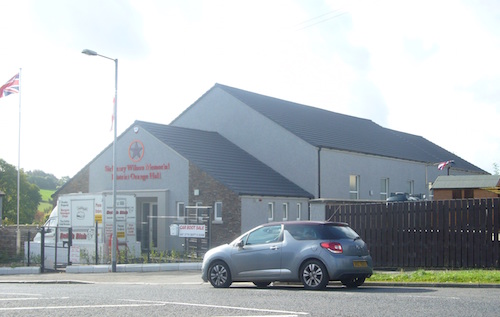 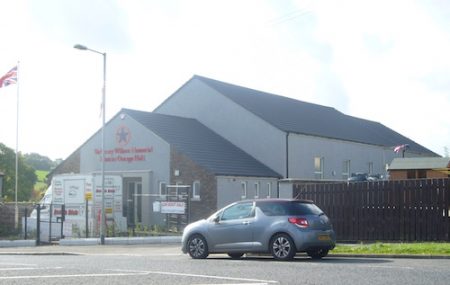 A brand new hall to serve as a district headquarters for the Orangemen, as well as to provide accommodation for community activities, has been constructed in Loughbrickland, Co.

Down, in a project completed many months ahead of schedule and welcomed by the whole community.

The hall can be used for sports and fitness activities, local group meetings and functions such as parties and weddings. The new building is named the Sir Henry Wilson Memorial Hall after a senior Irish-born British soldier who was killed by the IRA in 1922.

Main contractors for the scheme were d7 Property Services; the architect was Marcus Bingham.

The works commenced with the demolition of the old hall, which had fallen into disrepair, with the new two-storey hall being constructed on the same site.

The building, which in total measures over 6000 sq. ft, has been designed to be highly energy efficient, with the heating being oil powered via ceiling blowers and low energy L.E.D lighting being installed. The choice of heating allowed for an open space free of radiators, and is also much more cost-effective.

Structured around a steel frame, the building features external elevations in stone to the front facade, with grey marble dashed elevations to the remainder. Windows are in uPVC frames, doors are in aluminium and the building has a pitched, tiled roof.

A large car park was formed on former waste ground to the rear of the building.

The demolition work took place in June 2013, with construction of the new hall commencing in December 2013. The building was opened on 8th July 2014 – many months ahead of programme.

“The whole community is very pleased with the building” Raymond Fegan, owner of d7 Property Services told Premier Construction, adding that the company had carried out previous contracts for the same client.

He said that most of the company’s work, including new build, extension, refurbishment and maintenance, is repeat business, with new business often coming through recommendation.

Over the past 18 years Raymond progressed up through the construction industry from his joinery background. Firstly as Site Engineer, when he worked at the famous Europa Hotel in Belfast on a £5 million project, before being promoted to Site Foreman on a £12 million project in Dublin. He then progressed to a role as Site Manager and Construction Planner, working on many office, housing and factory projects across Northern Ireland, before becoming a Contracts Manager. He then started up his own company, d7 Property Services, which has grown from strength to strength.

A trusted and respected family building company, with values based on integrity, customer focus and excellence, d7 Property Services can provide a 10 year warranty on any building.