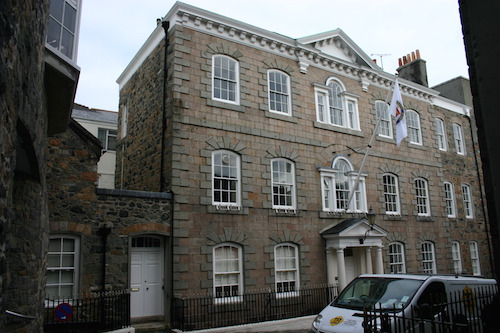 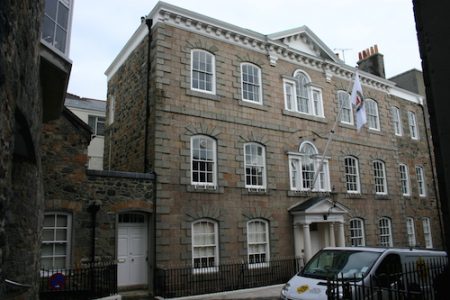 The extension and refurbishment of St Peter Port Constables Office is progressing well and is set to complete in spring 2015.

The building was originally constructed in 1787 and has been used by the Constables of St. Peter Port, Guernsey since early on.

We caught up with Esther Male, chartered architect at CCD Architects, to find out more about the project:

“The Constables wanted to stay in their current location as did the parishioners but it wasn’t suitable for their purposes. The building required disabled access, as well as a larger meeting room. The existing building contained the parish offices on the ground floor, meeting rooms and rooms used by the Ecclesiastical Court on the first floor, as well as a disused flat on the top floor originally created for the buildings caretaker. To the west of the building there was an annexe containing a few rarely used rooms.

“We became involved with this project as we have a reputation for working on historic buildings, having worked on other notable buildings in the parish of St Peter Port.”

Works began on the scheme’s planning process in September 2009 with works eventually starting on site in January 2014. The planning process was a lengthy one due to the historic nature of the building and the number of criteria that had to be met to please the planning officers and building control. Achieving all of the statutory permissions required was therefore a difficult task for the team. 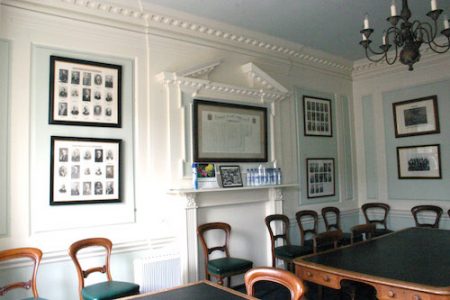 Undertaking this project, on behalf of The Constables of St Peter Port, has brought with it numerous challenges. Esther told us more:

“To make a very historic building function in a way to suit the constables’ current mode of operation was difficult. As well as being the parish offices, the offices also have a very public front with members of the public dropping in all the time and so trying to make a building that was originally built as a house function as public offices was challenging. The site is also surrounded on three sides by neighbouring buildings which have been built on the boundary.”

A lot of work has also gone into the refurbishment of the existing building which previously had not been touched for a long time. A leaking gutter on the structure needed maintenance and as the gutter was originally copper lined, copper has been used during the repair in order to respect the history of the building.

The top floor, which was previously an apartment, has been refurbished and original features carefully maintained. The reconstructed annexe to the west of the building comprises the lift, new toilets and kitchenettes. 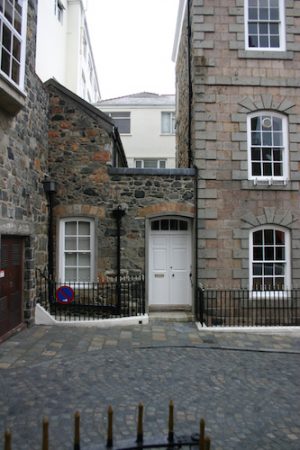