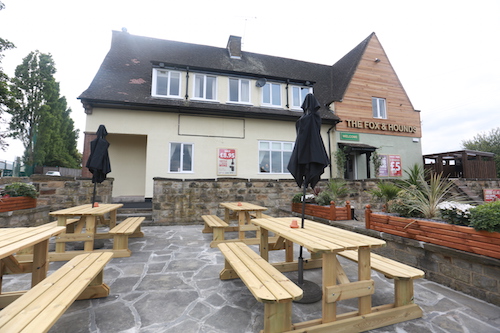 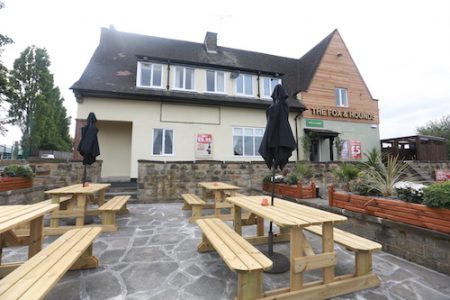 Punch Taverns are one of the UK’s leading pub companies; since being founded in 1997 the firm has grown its portfolio of around 4,300 pubs to lease nationwide.

Most recently the firm has opened three new venues including South Lodge, The Fox & Hounds and The Gillygate Pub located in the historic city of York.

The previously named Batley Pub was reopened in July this year following an extensive renovation project. The Fox and Hounds, located in Batley, have undergone a £340,000 investment transforming the previously tired interiors into a destination pub in Batley.

The pub, which is owned by Punch Taverns, is run by Neil and Karen Hudson on behalf of Linthwaite Leisure and now boasts a new look and fresh décor. As well as a brand new modern interior the venue also has an improved car park, as well as eight television screens.

Neil Hudson, Manager of the Fox and Hounds said:

“I believe we have created a great environment for all and that is really paying off with the comments we have received from our customers. They have been impressed with the new decor and the extra TVs.

“We have had great support from Punch Taverns in re-launching the pub and I hope that the Fox and Hounds can go from strength to strength from here.”

“We’re delighted to invest in sites such as this and see how the pub can become the hub of the community. The Fox and Hounds has always done well and we have built on this by creating a brighter and more appealing interior for customers to enjoy. The food is also doing very well. 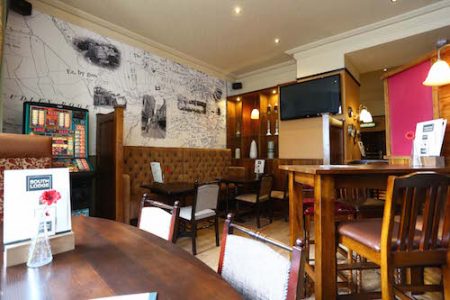 “Neil, Karen and their team have some great plans to deliver a fantastic customer experience and they have our full support. I look forward to working in partnership with Neil, Karen and Linthwaite Leisure going forward.”

The pub will create several jobs in the area as well as serving delicious food for visiting diners.

Punch Taverns has also recently opened The South Lodge Hotel in Ripon following a £300,000 renovation. Run by Inglenook Inns and Taverns the venue is now open to diners boasting a renovated look; the design team has managed to retain the venues traditional style whilst adding a few fresh tweaks.

The pub is set back from the main Harrogate Road and is an imposing building in the area. The pub was closed for five weeks during the major refurbishment.

As well as the traditional interior design – which includes a feature wall with a map of Ripon – a new menu has been introduced featuring favourite pub classics which utilises both seasonally and locally sourced produce.

James Waddington, Managing Director of Inglenook Inns and Taverns, said that it was important that the pub kept its local identity within the community:

“I believe we have created a great environment for all and that is really paying off with the comments we have received from our customers. They love the new look – especially the local references in the design and feature wall. 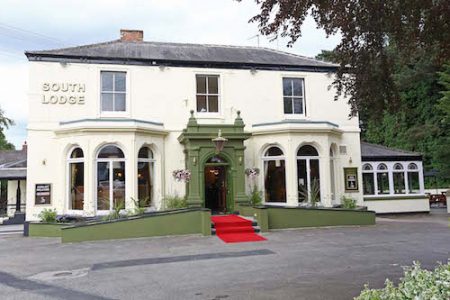 “We have had great support from Punch Taverns in re-launching the pub and the managers Steve and Anna Birthwright have some great plans. I hope that the South Lodge can go from strength to strength.”

“We’re delighted to invest in sites such as this. We have created a good value, family-friendly venue that offers something for everyone in Ripon.

“Steve, Anna and their team are committed to deliver a fantastic customer experience and they have our full support. I look forward to working in partnership with both them and Inglenook Inns and Taverns.”

Managing Director James Waddington, explains why he is excited about the re-launching the pub:

“Inglenook Inns & Taverns operate 14 Punch pubs but the South Lodge is our first venture into Ripon.

“Our vision is for the pub to be hub of the community and offer something for everyone; our Chip-Inn initiative means that for every portion of chips we sell, we donate 25p to the local primary school. The pub looks fantastic and I can’t believe the transformation. The investment will enable us to put the pub back on the map.”

Punch Taverns has also recently revamped The Gillygate Pub & Hotel in York city centre. The six bedroom hotel and pub was tired and has been given a new lease of life following an eight week renovation project. We caught up with Steve Owens, a designer at SODA to find out more.

Working alongside the main contractor Togal Construction SODA began works in April 2014 to give the venue a facelift. The team converted the store rooms in the external stable block into two new letting bedrooms which are accessible via the garden. The garden area has also been refurbished; new flagstones have been installed as has new lighting, planting, new external furniture making the space an oasis in the centre of a bustling City. 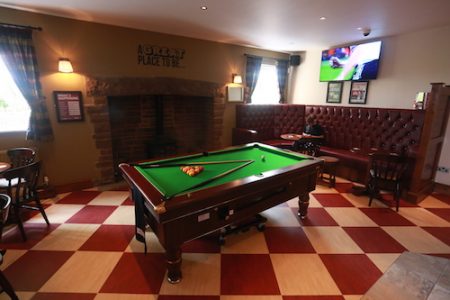 Internally there have been no major structural alterations undertaken. The toilets have been refurbished and a new kitchen has been installed bringing the facilities up to a great standard. Three of the main trading rooms have also been linked to the main bar operation and the interior has been refreshed and modernised.

One of the men’s toilet facilities has been removed and converted into a small private snug area. The on site team encountered a few challenges during the project because of the venues location.

The clients were eager to keep the hotel and pub open for as long as possible, so works had to be conducted in a phased delivery. Works to the garden were undertaken first, as was the conversion of the external store rooms into new bedrooms whilst the main hotel was operational. The team then refurbished the main rooms and trading areas and only closed for a few weeks.

We caught up with Steve Owens from SODA Group who commented:

“It’s a great opportunity for us to work again with Punch Taverns, as we are already one of their approved designers. They are a great set of people to be involved with and they have great vision. It really means an awful lot to work with them.

“The working relationship Punch has with their designers and partners is great; every project is a team effort and the knowledge they have is extensive.”

Concept specialise the provision of architectural, interior design and project management services across the leisure industry. The firm have been in operation for 15 years and has worked with an array of clients since its inception including Punch Taverns, Greene King, Star Pubs & Bars and Hawthorn Leisure.

Most recently the firm acted as project designers and project managers on the Punch Tavern venues South Lodge and Fox & Hounds. We caught up with Tony Foster, from Concept, who said:

“This initial scheme was part of Punch Taverns first four mighty locals schemes and we are delighted to have been involved in this and others going forward.

“We pride ourselves on our creativity, working to budget and ensuring a successful completion of this and all Punch Taverns projects.”

W Wright Electrical was founded in 1978 and specialise in mechanical and electrical works across the industrial, commercial and domestic sectors. Since their inception Wright’s have worked closely with Punch Taverns as well as many other large organisations including local authorities and NHS Trusts throughout the country.

Premier Hospitality caught up with company Director, John Willmott, to find out more about the firms involvement in the development of Gillygate York. He commented:

“We were the mechanical and electrical contractors for the project. We pride ourselves on the provision of a good, reliable service and are pleased that we are able to continue our relationship with Punch Taverns on another successful contract.

“We wish The Brian and The Gillygate all the best.”