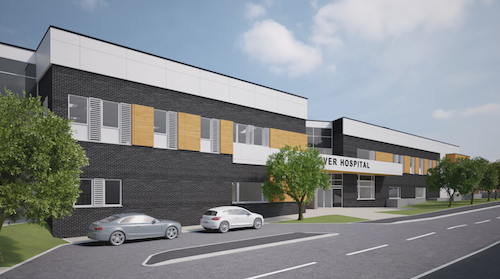 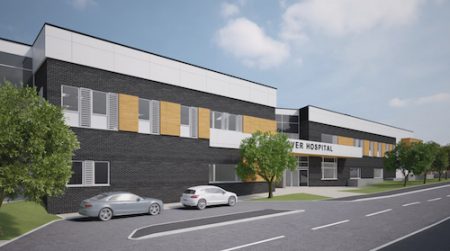 The project to construct Buckland Hospital Dover is nearing completion, despite workers uncovering a large WWII bunker mid-way through works.

Works were originally expected to complete in December of last year but due to the unexpected size of the bunker works came to a close in February.

The hospital enables patients to see their doctor or nurse, be sent for any diagnostic tests, receive their results and agree their care plan with all on the same site on the same day. This will save both patient time and travel and be a much more efficient use of the hospital resources.

The £21 million project was halted when main contractors Interserve discovered a larger than expected WWII bunker as well as deeply buried asbestos. The onsite team knew a bunker existed but were surprised by the vastness of the bunker when it was uncovered.

The large discovery led to a two month delay as the removal of the bunker required an excavation of 50 metres by 24 metres to a depth of four metres in order to allow the archaeologists to examine the site.

The team found little of interest on the site apart from a small number of prehistoric struck flints and silt deposits from the upper slopes of the adjacent Whinless Down. Asbestos was found under the concrete foundations of the old mortuary and pathology buildings and so the material had to be removed in accordance with HSE guidance. 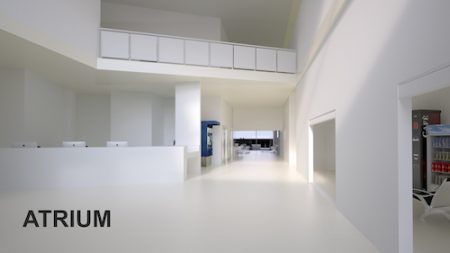 “We knew a bunker existed but the sheer size of the bunker was a surprise. It was important that we followed right procedures and in dealing with both issues correctly meant a delay to our preliminary work. There was no risk to staff, patients or visitors arising from either issue.”

The new hospital is on the south side of Coombe Valley Road and has extensive frontage onto the road with numerous access points from it. It faces terraced housing on the north, east and west sides and is in the vicinity of a number of local shops and convenience stores.

The south side of the site contains a steep wooded embankment, and a designated Area of Local Landscape Importance. Coombe Valley is also located at the fringe of an Area of Outstanding Natural Beauty located beyond the housing on the opposite site of the road, visible from the site.