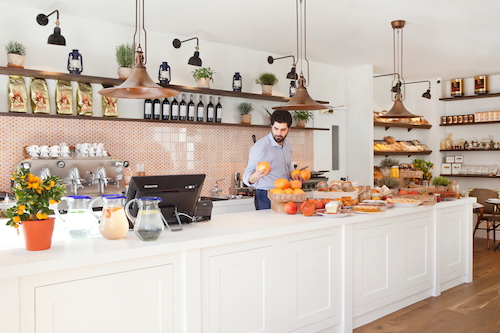 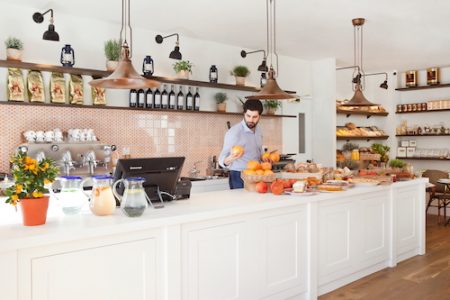 IDDU – a word Sicilians use to describe the Aeolian volcano of Stromboli – is a friendly and chic meeting place where people can get together for breakfast, apéritifs and late night get-togethers.

The new venue is operated by the team behind South Kensington Club, London’s newest private members’ club, which is located adjacent to it.

Inspired by owner, Luca Del Bono (who is also the founder of the Kensington Club) – a Sicilian entrepreneur and hotelier with a passion for simple delicious food, exquisite service and warm hospitality – IDDU draws its inspiration from his home Island, with recipes and ingredients from Sicily.

IDDU offers a fine, simple, authentic Sicilian food experience, using fresh, natural flavours and healthy ingredients served up with a contemporary Mediterranean flair. The wine list features some of the most exciting examples of Sicilian winemaking; a special blend of Sicilian-roasted coffee beans is freshly ground all day; and the evening apéritif is taken care of by the cocktail menu. 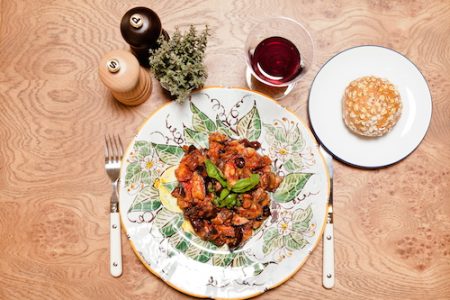 Chef Francesca D’Amico was born in the Sicilian capital Palermo, She learnt how to cook, in the traditional Sicilian way, from her mother. “Food, if treated with respect and love, becomes art,” she said. For the past two years she has worked as part of the London restaurant scene, from l’Anima and The Good Life Eatery, to specialising in private dining.

For lunch and dinner: salads include baked ricotta (from Vulcano) and balsamic; main dishes such as swordfish, marinated shrimp on cannellini beans, kamut linguine with organic Sicilian tomato sauce are on the menu as well. There is also a selection of grilled Panini with roast aubergine, sun dried tomatoes on oregano and kamut bread and prosciutto crudo, crescenza cheese on spelt focaccia. 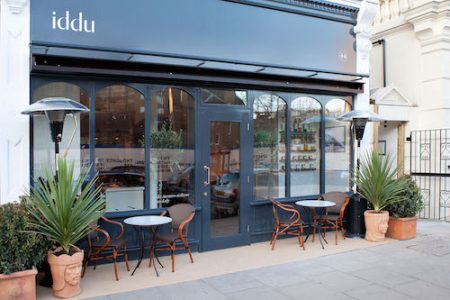 Foods to take away from the counter include Aeolian raw vegetable salad, involtini of aubergine parmigiana and caponata alla Siciliana.

Desserts include Sicilian delights such as cannoli and real granita – a typical Sicilian refreshment made of water, and various seasonal fruit. It originated in the 800s when the Moors resided in Sicily, bringing with them frozen ‘sherbets’ made with fruit juice or roses.

IDDU is the first in London to import a unique blend of coffee beans straight from Barbera, a coffee producer founded in Messina, in the north-east of Sicily in 1870.

To produce an unforgettable cup of coffee to rival anything found in Sicily, IDDU is using a unique coffee roaster and a Faema e61 maker. It is operated manually by levers, rather than automatically (as most are), so the combination of brewing time with purified water means, simply, a cup of coffee that is sensational.

The well-chosen wine list consists mostly of wines grown on Sicily’s hot, rugged escarpments. Many of them have been selected from Tasca d’Almerita, the vineyards belonging to a noble Sicilian family who have been producing fine wines for more than 200 years (an ancestor inspired the famous Sicilian fictional character The Leopard). The list contains red, white and rosé wines and prosecco; some are vintage or limited edition. 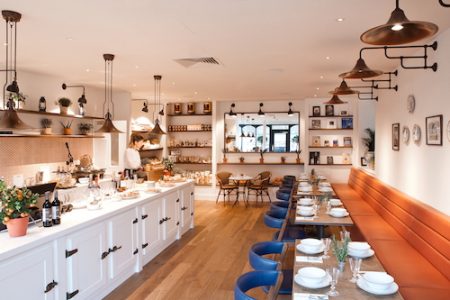 An innovative cocktail menu will be offered at IDDU with drinks created using a mix of fresh, seasonal ingredients and a choice of Sicilian wines, prosecco or premium spirits. The opening list features a hot tomato vodka; a London spritz (prosecco, rhubarb liqueur, soda); a cucumber and rosemary gin & tonic; and a collection of prosecco mimosa.

Trajan Stone is a family-run company, specialising in the supply of beautiful natural stone to the construction industry. The company has been in operation for 20 years and within this time has worked with many leading architects, interior designers, building contractors, landscape designers and private clients, providing each company with a personalised professional service.

Working on the South Kensington Club project, Trajan Stone provided the venue with Trajan Valongo stone, for use on the salt water Watsu pool, as well as the site’s five-seat stone Jacuzzi plunge pool. 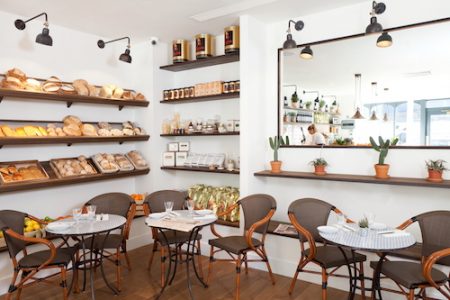 “When the designers of the South Kensington Club, London’s hottest new venue, decided they wanted a stone Jacuzzi and ‘Watsu’ healing pool, they realised they needed an expert. Trajan Stone, geniuses in designing and making anything in beautiful natural stone, from a hand-carved fireplace to bespoke stone baths, was called in to work closely with the club’s designers and turn dreams into reality.”

“As the South Kensington Club is in a listed building, the challenge here was to get this large, heavy stone sculpture through an ordinary sized doorway. The challenge was overcome by carving the Jacuzzi into five pieces, before being reassembled on site.”