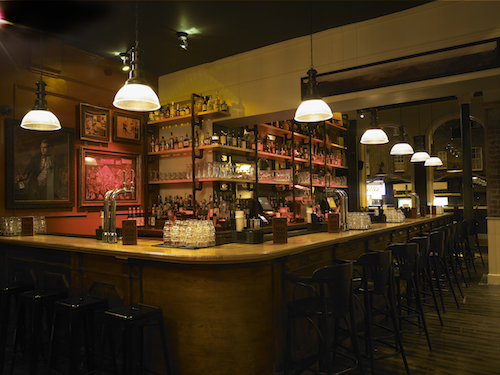 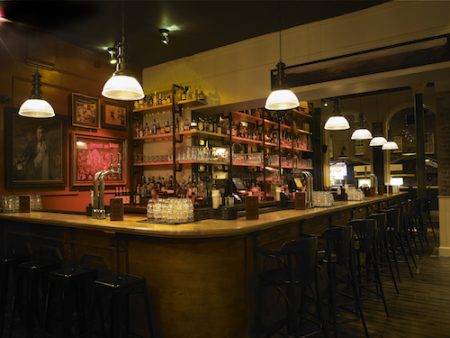 New on the block and already making a big impression in Liverpool is the Red Door neighbourhood bar, freshly created within a four storey building on Berry Street.

Red Door’s offering is great service and extraordinary drinks to a sound track of classic tunes. All the Red Door bartenders are trained to the highest possible standards and hold a vast knowledge on all things alcohol – especially superbly imaginative cocktails.

who between them invested £500,000 in the venue, which has previously been the Metropolitan bar and the Lemon Lounge.

The project was carried out by main contractors Julius Cox Construction, who were commended for their work. 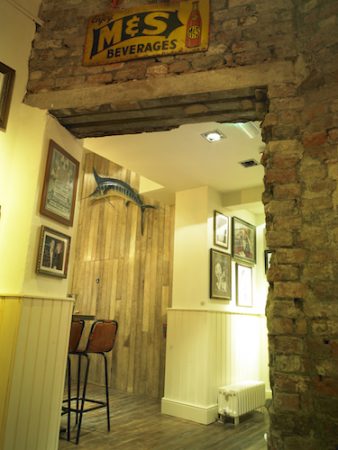 The new venue has been created on the ground floor of the four storey building initially, and there are future plans for further expansion to the other three floors, which have also been refurbished.

“We had to carry out major renovation of the whole building because it had been empty for a number of years and there had been quite a lot of damage to the roof and the rest of the building structure, including the floors and ceilings – some of which were repaired whilst others had to be replaced,” said Lee Lynch, Managing Director of 3rd Place, whose parent company is Living Ventures.

New windows were also fitted on the second, third and fourth floors and the building was completely re-wired and new plumbing installed.

The new interior includes seating in the bar area with high level tables and chairs, as well as more intimate booths, plus a dance floor.

Works on the ground floor included the retention and refurbishment of original features including a fireplace, and the walls were stripped back to bare brickwork and hung with new artwork. A new back bar was created from scaffolding poles and planks, and a new bar top was added to a retained existing bar frontage. New stainless steel bar stations and new fridges were also installed in the bar. 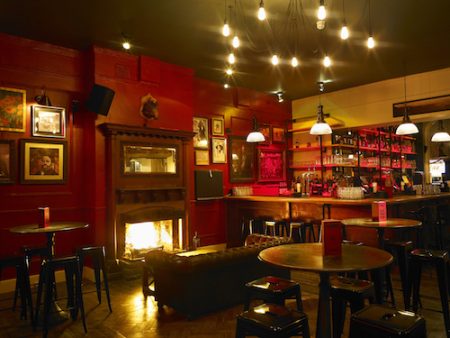 “In general, we tried to retain as much of the building’s character as possible. We decided to go for soft, low lighting with a feature wall of tea lights adjacent to the dance floor said Lee Lynch.

“Julius Cox Construction did a fantastic job – we were very pleased indeed,” he added. “Red Door has had a great response from the people of Liverpool, who seem to really enjoy the space.

“We are delighted to bring Red Door to Liverpool, and intend to make it one of the best bars in the city.

“With a combination of highly trained bar tenders and live music, it fits the thriving scene around Berry Street perfectly.”

The next stage of the venue’s development might include the creation of a new outdoor roof terrace with seating. 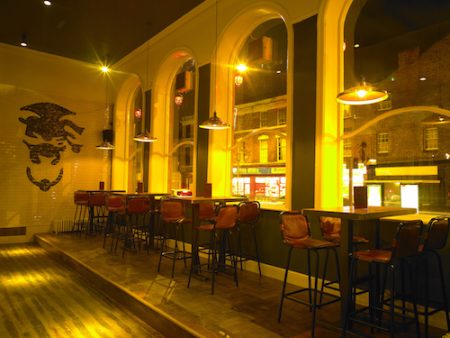 Red Door describes its cocktails as:

“The stuff of legends, created in New York Speakeasys and swanky London hotels, Californian beaches and Caribbean shanties, sipped in style and spilt on dance floors. Drinks that have defined generations, toasted revolutions and started a million love stories.” 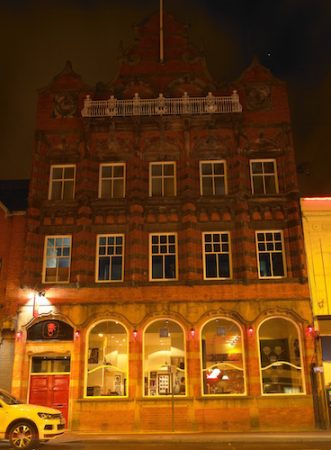 The Living Ventures brand has developed across most leading cities in Britain based on its bid to offer quality without exclusivity and high levels of service without high prices.

Today, operations include Gusto and the Blackhouse steak and seafood restaurants. The company also has Suburbia, a nightclub based in Hale and have opened four new outlets in Manchester’s Spinningfields – The Alchemist, Australasia, The Oast House pub and a deli/cafe called Peppermint Bay.