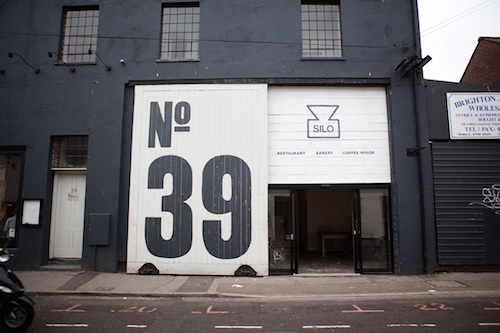 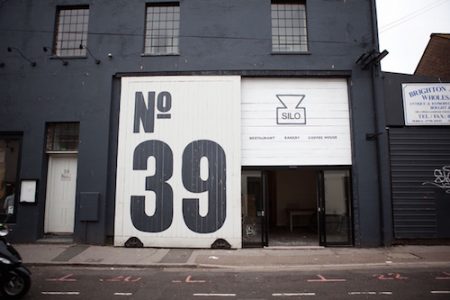 No waste, organic local produce, no packaging, no chemicals (not even for cleaning) and imaginatively produced, delicious food by a top chef are the ingredients of resounding success for Silo – The UK’s first permanent zero waste restaurant recently opened in Brighton’s North Laine.

Accomplished fine dining chef Douglas McMaster in the brains behind the operation where absolutely nothing (not even food scraps) goes to waste and virtually everything in the restaurant is up-cycled or made from intercepted waste materials – from cutlery, to glasses made from jam jars, and plates made from plastic bags to up-cycled furniture components.

The flour mill grinds ancient grain varieties such as einkorn and amaretto wheat to make the restaurant’s signature 48 hour sourdough bread. The compost machine produces 100 kilos of nutrient rich compost from food, espresso and other biodegradable waste, which Silo then reinvests in community food growing projects and farms.

According to Silo: “The restaurant is designed from back to front, always with the bin in mind. The production of waste has been eliminated by simply choosing to trade directly with farmers, using re-usable delivery vessels and choosing local ingredients that themselves generated no waste.” 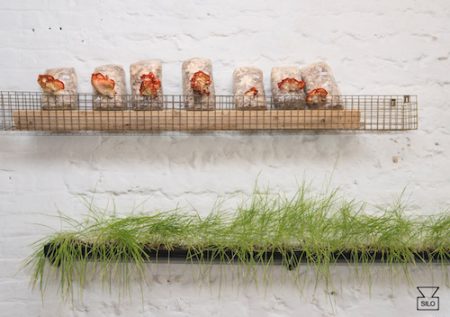 The restaurant also operates chemical-free with a water electrolysis system which effectively cleans surfaces killing 99% of bacteria. Electrolysed water can be used for both human sanitation and cleaning and offers a more sustainable and ecological alternative to conventional chemical cleaning products.

Six staple dishes are on the menu every day, including one meat option, one fish, one vegan, and one “wild card”. The restaurant’s soft drinks and fermented drinks are made from up-cycled and foraged fruits (The Elderflower and Apple Ebulus is a house favourite as well as the Nettle Cordial).

Speaking of the creation of his restaurant, British-born chef Douglas Mc Master, who designed the restaurant himself and has spent 12 years working in the fine dining industry, told Premier Hospitality: “We started with an empty warehouse, so we started with a shell.

“The interior design of Silo is based on a raw, stripped back industrial look with unobstructed views of the open kitchen and coffee bar, as well as the restaurant’s flour mill and oat rolling machine in operation.

“All of Silo’s free standing tables and chairs are made from waste materials – for example the table tops are made from industrial floor tiles and the table legs came from discarded primary school tables which were going to landfill. The legs were not long enough initially, so because we had such an abundance of them, we took half of the legs and cut three inches off them and then welded these to the other half of the legs to give the correct height for tables. Some of the shortened legs were also used to make stools. Similarly the service counter is also made out of up-cycled industrial floor tiles. 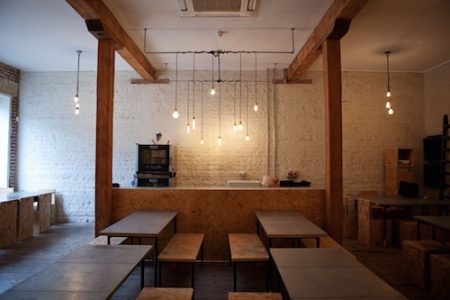 “Within the kitchen we have chosen a Unox oven because of its green credentials in energy generation, and our Melia dishwasher has a freshwater cleaning system which reduces water waste by 90 per cent compared to a regular dishwasher.

“There was no ‘lightbulb moment’ in creating the restaurant – the idea came from a collection of experiences and people who I had met, as well as changing the way that I think about food and waste and how it could all be done better. Finances were also very limited – so the use of salvaged materials meant that we could stretch the budget and save a vast amount of money.

“So far feedback has been brilliant – people have been massively responsive and we have been exceptionally busy which is wonderful for a new business. It’s fantastic,” added Douglas.