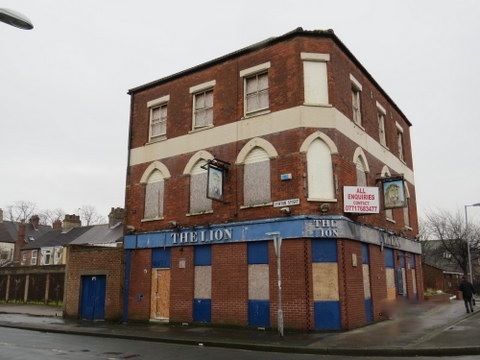 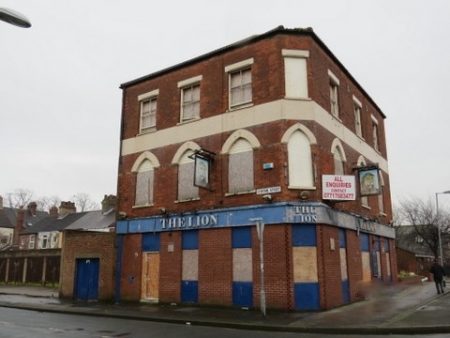 The Lion Hotel in the heart of Hessle Road in Hull has been transformed into an apartment block by Probe Homes, as part of the Government’s Empty Homes Programme.

The initiative is aimed at regenerating the City of Hull and providing affordable housing.

The Lion Hotel, now known as Lion House, had previously been a popular pub in the city but had stood empty since the 1980s. Chartered Building Surveyors Delaney Marling Partnership Ltd (DMP) have worked with Probe to project manage the scheme which has resulted in the creation of seven multiple occupancy apartments.

We caught up with Kevin Marling, a Partner at Delaney Marling Partnership Ltd, to find out more about the project. He told us that the firm became involved with the project after being approached by Probe to carry out a full structural survey of the property followed by a feasibility study.

The firm undertook the feasibility study and calculated the costs of the extensive repairs and refurbishment needed to bring the building back into use, as well as to evaluate the client’s funding streams.

After Probe gained planning permission on the scheme Delaney Marling Partnership managed a project team from specification, tendering, building works from design to completion. The firm also undertook the role of Construction Design and Management Consultants.

When the team began works on the building there were a lot of challenges due to the plethora of fire damage and vandalism. The previous owners of the property began renovating the building but due to lack of funds did not complete the process. 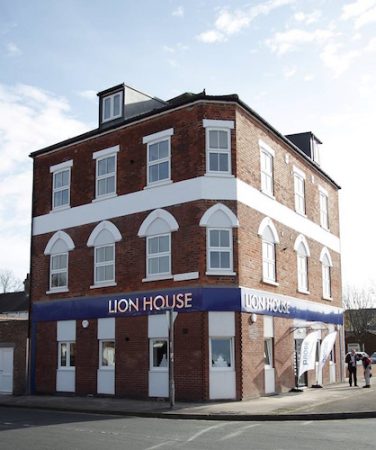 The building now comprises seven apartments, one of which is a penthouse flat on the top floor which boasts views of the Humber Bridge. One of the apartments is a one-bed and the other six are two-bed flats, all of which will be classed as affordable housing as stipulated by the government initiative.

PJPS Construction specialise in new builds and the restoration of derelict buildings; the firm work on a lot of projects but these areas are their main focus. The firm acted as the principal contractor for the Lion House scheme and was on site for 15 weeks.

We caught up with Phil Jenkinson, Director at PJPS, who commented:

“We encountered some structural difficulties during the scheme because the building was massively unsound and poorly constructed so there was a lot of structural steel that needed to be fitted that wasn’t accounted for. It was hard to construct seven flats from a derelict building in 15 weeks but we did it.

“This project was a showcase piece for us as we are used to bidding for larger projects and so it showed to the local area we are capable of smaller schemes as well.”

The scheme has been nominated in this year’s RICS Awards in two categories much to the delight of all involved. Kevin added:

“It is very important to us to have been nominated as it is great recognition of smaller firms like ours working within the industry. We are now leading the campaign of renovating empty properties in Hull and so it is great to be recognised for bringing these properties back to life.”

“We are thoroughly enjoying working with Probe as together we can really make a difference to the local community. Empty properties are being brought back into use as new homes and we are pleased that local people will be moving into apartments this year.”

The project was completed, on time and in budget, in September 2014 and has received positive feedback from new tenants and the local community.

Probe (Hull) Limited is a not for profit organisation, operating as a social enterprise, formed in 1996 to address high unemployment and deprivation in local communities. The Probe Board consists of local residents, the private sector, a local councillor and the Prince’s Trust.

Probe a range of community based projects, alongside local businesses and Hull College providing packages of support to local people and employers, as well as tackling barriers to employment from sites within deprived areas, for those over 16.

Probe is located in the heart of Hull’s communities and as a result has enormous experience in dealing with a wide number of issues of social exclusion and unemployment. Probe has a strong reputation as an organisation well placed and equipped to engage with unemployed and disadvantaged groups through a well developed network of provision and expertise.