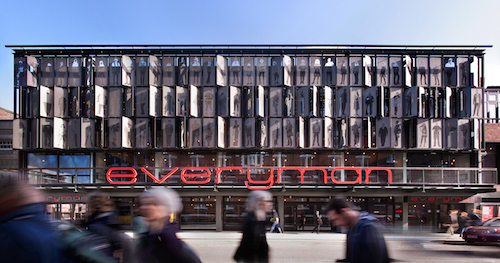 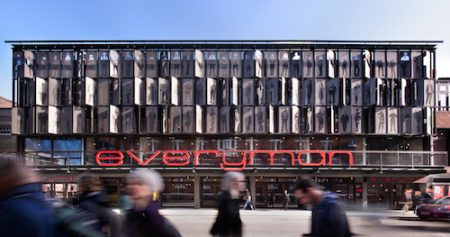 The Liverpool Everyman is an award-winning new theatre, designed to provide theatre-goers with the best possible provisions in entertainment and hospitality.

The new theatre opened to the public in 2014 and replaces the former Everyman theatre which had been in operation since 1964.

The original theatre – converted from a 19th Century revivalist chapel – served Liverpool well and became an icon of the city, but by the turn of the new millennium it became apparent that the building was in need of more than just a small touch-up. Therefore, to take The Everyman forward for a new generation and beyond, a more technically advanced building was required, kick-starting the creation of a brand new venue. 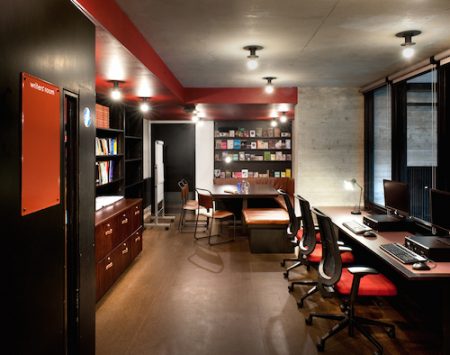 Constructed by Gilbert-Ash, with Haworth Thompkins Ltd providing architectural services on the project, The Everyman Theatre now boasts a range of stunning facilities including a 400 seat adaptable auditorium, a large rehearsal room, public foyers, catering & bar facilities, and much more. Whilst the building comprises a new structure, materials from the original building, including reclaimed timber shuttering, was incorporated into the building.

“The Everyman Theatre demonstrates excellence using numerous construction skill-sets. The client brief stated that although this was a new-build, they wanted to capture the nuances and intimate atmosphere of the old theatre which was a Liverpool institution.

“The Everyman pushes the boundaries of theatre stage engineering, incorporating flying bridges over the audience area and motorised fly-bars which are both technologies at the vanguard of theatre construction. 25,000 bricks were recycled from the old theatre, incorporating the old with the new and giving people the sense of an emotional connection with the original building.”

Since completion, The Liverpool Everyman has picked up a number of accolades, including the RIBA Stirling Prize 2014; the World Architectural News Award for Performing Spaces; and the LABC Building Excellence Award for Best Public Service Building 2014. More recently the theatre has made the shortlist of the North West RICS Awards, in the category of Best Community Benefit.

The project has been a very successful and very rewarding project for all involved, in particular Gilbert-Ash. 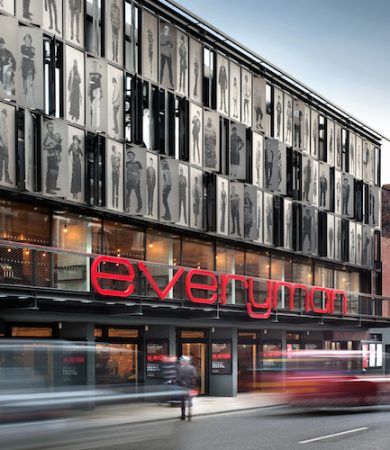 “The Everyman showcases our ability to consistently deliver projects of the highest quality and the breadth and depth of our construction skills. We demonstrated our ability to deliver technically complex, high quality brickwork and concrete, bringing a modern twist and innovative delivery to traditional trades.”

For more information about The Everyman, please visit: www.everymanplayhouse.com.