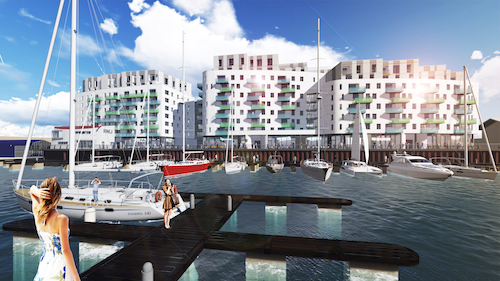 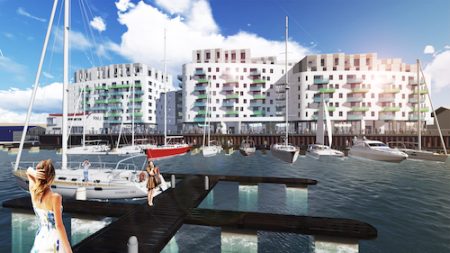 A regeneration project at Brighton Marina is progressing well and is set to bring a new meaning to waterside living after its completion.

The construction of 854 new residential units within 11 buildings, one of which is a 40 storey tower, will boost the areas local economy by providing a plethora of jobs in the area during and after the construction process.

Premier Construction caught up with Peter Green, Brighton Marina’s Construction Director, to find out more about the scheme. He commented:
“We are currently undertaking Phase One which comprises 195 units situated within the two buildings. Works began on this phase in January 2014 and is due to complete in July 2016; the project encompasses five phases in total.

“The reasoning for this development is that the land, owned by Brighton Marina, is the only part of the marina that has not been developed. The whole of the west end of the marina is in need of regeneration as it was built in 1970s. We started planning for the project in 2002 and received planning in 2006; works began on site but were stalled in 2007 due to the recession and so we restarted in 2012.”

Phase One involves the construction of two new buildings which are being built as an extension to the existing quay. The on-site team, including main contractors for this phase Midgard, are currently constructing three levels of underground car parking.

The car park will hold space for 350 cars upon completion; the team will then construct the buildings which will hold 195 flat units above ground and seven retail units on the ground floor. The first phase also includes the construction of a new RNLI lifeboat station which will be located in a purpose built floating yacht club.

The team are two thirds of the way through the construction of the car park and then will move onto the completion of the super structure. The project is running later than planned due to a few unforeseen piling issues; despite this the project are still set to complete the first phase in the middle of next year. 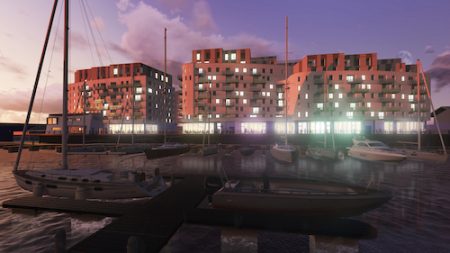 “The project is challenging as the area is full of local businesses, close to a residential area of 850 units and adjacent to a 1600 boat marina of which there are 300 people living on boats. There is also just one entrance to the site so deliveries have been problematic. We have implemented well controlled noise measures during this time, especially through the piling period so as not to disturb the surrounding businesses. All of this has been planned with local authorities.”

Midgard, which is the main contracting division of the JRL Group, are the main contractors for Phase One and Peter said Brighton Marina hope to work with them on the second phase as well. The construction firm is currently undertaking a design and build turnkey project on the first phase one.

Peter, who has been in the construction industry for over 40 years, said the being involved with this scheme is a once in a lifetime opportunity, he added:

“I see this as the culmination of my career; developing something that is totally unique is an opportunity that many are unlikely to undertake. The project has a construction value of over £200 million and is situated in a marina environment and so is fraught with technical challenges.

“Working with the owner of the marina to deliver this scheme, with a small team of people, is great and will bring business into the marina. Another seven retail areas are to be constructed which will make the area a real leisure destination for the city, providing a landmark building on the south coast.”