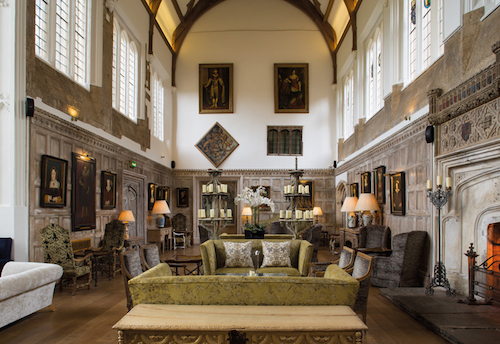 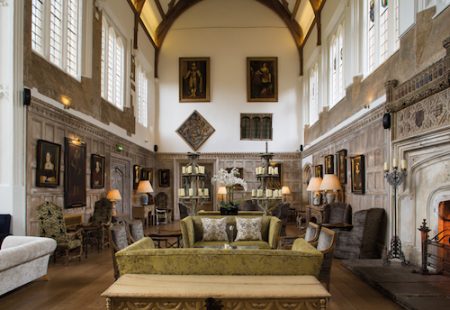 Handpicked Hotels have recently completed a £4.5 million renovation project at their newest hotel.

Handpicked purchased Fawsley Hall in September 2013 and set about renovating the historic structure straight away. Premier Hospitality caught up with interior designer Angela Amesbury of Angela Amesbury Design who formed part of the design team at Fawsley, Angela commented:

“I have worked for them for Handpicked Hotels for ten years and so when they bought Fawsley Hall Hotel & Spa in 2013 they asked me to become involved straight after that. It was under previous ownership for 12 years and during this time had become very tired.

“Despite this Handpicked didn’t want to completely gut the space because the hotel was due to stay open during the renovation works and the previous owners had acquired lots of great antique furniture so we didn’t want to throw that away.”

“In October 2013 I started measuring every single space in the hotel and drawing up the plans whilst the Handpicked team made a works schedule. It has been a rolling programme of works and so we have been closing off areas, renovating them and then moving onto other spaces.”

Works on site began in March last year and during each phase the team were sympathetic to the plethora of items, many of which dated back to the 1500’s. Angela worked alongside Andy Shaw of Andy Shaw Developments Limited who acted as the main contractor on the scheme, and Handpicked themselves.

Firstly the team began by relocating the ground floor staff offices to the basement; this space was then transformed into to a boardroom and disabled toilet. The Cedar Wing’s 16 bedrooms were then renovated in two phases before works moved on to the two floors of bedrooms in the Georgian Wing.

“In the bedrooms we have implemented a number of individual design schemes and have tried to emphasise the magnificent views out of the windows. Previously there were large curtains in every room which blocked the view and so we have fitted new, more subtle ones now.

“In the Cedar Wing rooms we have given them a more modern look, using two colour palettes and modern fabrics.”

Refurbishment works were then carried out in the Tudor Wing of the hotel, again in two phases. Knightley Court was then transformed; the building is separate from the main hotel and was previously a stable block. Now the space comprises a number of function rooms and bedrooms.

The hotel’s spa has also been refreshed as have the public areas of Fawsley including the reception space and Tudor Hall. The reception area leads into the impressive Tudor Hall which stretches 14 metres high and 17 metres long. Angela explained the works undertaken in this stunning space:

“The high level walls and ceiling were re-decorated which was a challenge due to the halls width and height, as was the existing artwork. In addition to this we hung a large, 5 metre long tapestry from Hines of Oxford and have also reupholstered and polished the existing furniture as well as adding new furniture pieces.

“The halls lighting and heating has also been improved during this project as it was previously a problem. We have also added specially made, thick rugs which have altered the halls acoustics and made it more homely. We have retained the original panelling and flooring as we didn’t want to change it too much or scare off the regular guests who visit for afternoon tea.”

The car park has been resurfaced and other necessary ground works have been undertaken.

Angela said there were challenges to overcome during the intense programme of works. She added:

“It was difficult at times because sometimes it was hard to disguise that there were builders on site because of the prominence of that part of the building. The real challenge was dealing with weddings as they are booked way in advance; we have had to work around weddings and made sure everything was cleared out of the way the day before a wedding was scheduled.

“It has been exhausting due to there being deadline after deadline. It was also fantastic to be involved – I’m so lucky really as I’ve always loved old buildings since I was a child and so to end up doing this as a job is a dream.

“This isn’t like work, although sometimes it’s pressurised, but every morning I wake up and think what am I going to do today? It is a delight to be in this amazing building and to see the transformation take place. It is nice for me to go away now the project is finished and go back in three months time and see it with a fresh eye. It has been a pleasure and it is great that Handpicked Hotels have the courage to take these places on and spend so much money on them.”