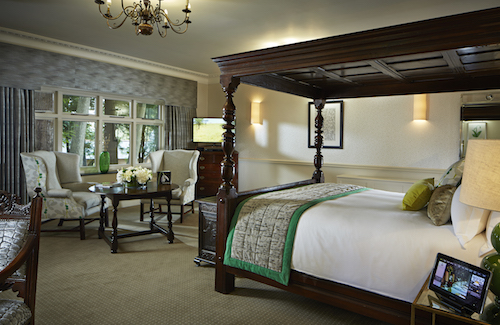 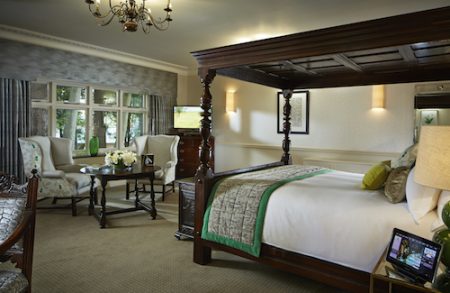 Pennyhill Park Luxury Hotel & Spa, situated in 123 acres of lush Greenland in Surrey, is in the process of revamping its bedroom suites in a rolling phased programme.

Most recently ten of the hotel’s bedrooms have been renovated to offer guests a relaxing, luxurious haven to enjoy during their stay at Pennyhill.

Premier Hospitality caught up with Frances Blackham, Design Director at Trevillion Interiors, who undertook the interior design services on the project. Frances commented:

“Trevillion Interiors have been in the interior design world for over 40 years and so we are well known in the industry. The CEO of Exclusive Hotels knew of us having worked with us in the past and so invited to put forward some design proposals for the suites at Pennyhill Park. 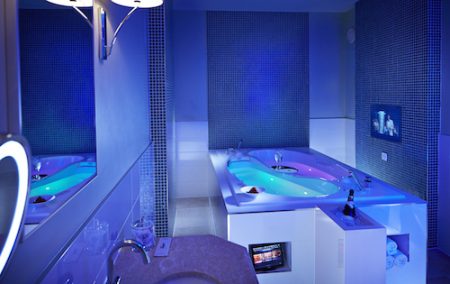 “This phase of works forms part of a larger project at Pennyhill involving the renovation of all of the bedrooms in phases. As time goes on rooms need to be kept refreshed and so the client nominates a selection of rooms each time to make sure they upgrade their product upgraded, as well as meet the expectations of the five star guests.

“For these ten rooms we were tasked with bringing the suites up to date, to make it more current.”

Frances and her team at Trevillion began the design process in February 2014, with works starting on site in April. Working alongside main contractors, Connors Construction, the on site team worked on all of the ten rooms at the same time, ensuring that guests staying in the rest of the hotel were considered. 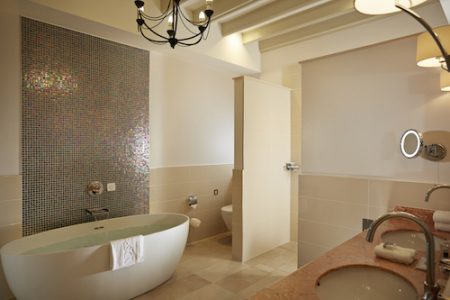 The Bathroom in Begonia

As the hotel, owned by Exclusive Hotels, remained operational throughout the scheme there were strict noise restrictions for the workers, with no noise allowed before 8am and after 4pm, as well as limited works permitted at the weekend.

All of the hotel’s bedrooms are named after different flowers and as a result the ten rooms worked on have a broadly floral theme.

“We used the same colour pallet throughout the ten rooms, as well as the same carpet. We then used the colours relating to the flower the room was named after to accessorise the room, as well as delivering clever, contemporary art pieces to evoke images of the flower. 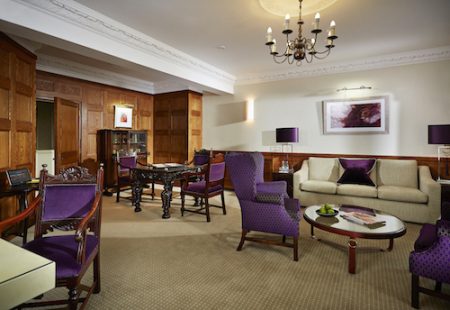 “We have used an eclectic mixture of furniture in the rooms including both classic and modern pieces. The Violet suite comprises a mezzanine level complete with a huge feature bath; we added a large day bed to the space to add the wow factor.”

The day bed has been upholstered in waterproof materials and decorated with scatter cushions made out of deep purple towels. The bed offers guests the utmost in ultimate luxury providing them with a comfy towel-like bed to relax on after a lengthy soak in the tub.

In the Snowdrop room a Yin and Yang bath has been fitted, complete with LED colour changing lighting and a champagne bucket. 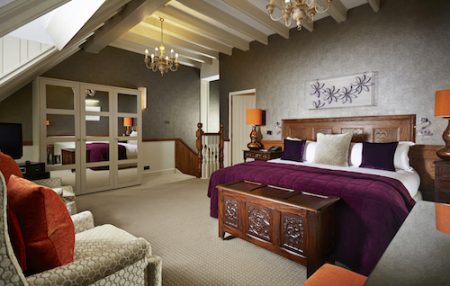 The team did find the amount of time they had to complete the works a challenge; however despite this the handover date of the 9th of May was met. Another challenge for the design team was to ensure the floral influences were not too literal or obvious.

Frances is now working with Exclusive updating their bedroom suite stock at South Lodge Hotel. She added that it has been a pleasure to work on Pennyhill Park:

“It is always nice to work on a prestigious property that is well known, as well as having the opportunity to deliver individual room schemes. We are now looking at another lot of rooms at Pennyhill and will be involved in Exclusive’s ongoing programme of maintaining the hotel. 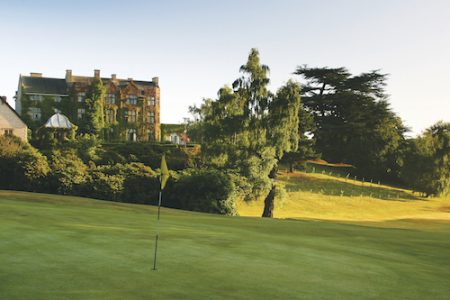 “Guests like to think that each room has a history and so there is an intelligence about the interior design of these types of properties. The design has to hang together in a way that is very genuine.”