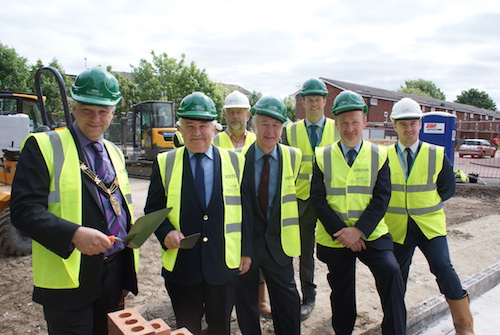 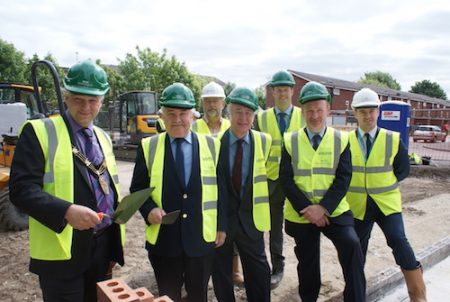 Work officially started this month on a City of Lincoln Council scheme to build 20 new bungalows in Birchwood.

The new homes, being constructed by Woodhead Living on land formerly occupied by garages, will help the council meet a growing demand for bungalows in the area.

Last year, the council’s Executive agreed to earmark £15 million to build 150 new council homes in the city over the next six years. The scheme has begun with the first five bungalows in Eastleigh Close, and will also include eight bungalows on two sites off Camwood Crescent, three bungalows off Whitehorn Grove and four bungalows off Clematis Approach.

“These are valuable additional homes that will meet some of the very high demand we have for all types of housing. We have limited land available but we are doing what we can to supply quality housing where and when we are able.

“Our house building programme is a hugely important initiative given that nearly 3,000 people are registered on our council house waiting list, showing the urgent need for more affordable homes.

“We’ll be looking to achieve the highest level of energy efficiency for new homes to keep costs down for tenants.”

The properties will all be built by Woodhead Living using a ‘fabric-first’ approach, which means the team will be able to improve energy efficiency, and reduce the new homes’ carbon emissions.

“We’re delighted to have been awarded the contract for the Birchwood bungalow scheme. It’s great to be able to integrate the scheme into the existing community by developing the infill sites in partnership with City of Lincoln Council.”

The project is due for completion in March 2016 and was procured through the East Midlands Property Alliance (empa ii) Minor Works Framework.