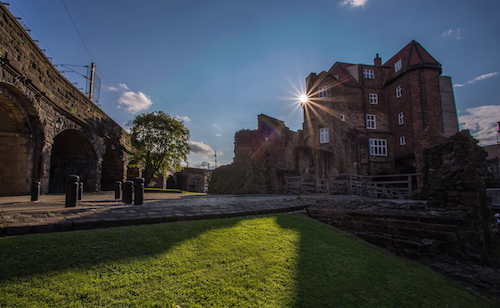 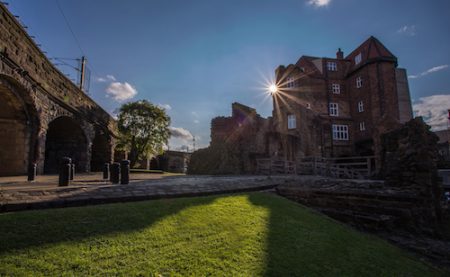 A Newcastle City Council commissioned scheme to restore the remaining elements of Newcastle Castle has been highly commended in this year’s RICS North East Renaissance Awards, in the Conservation Category.

The Castle Keep and The Black Gate are the only surviving buildings from the medieval Castle and both were in need of works to make them accessible and to turn them in to a major attraction for the city.

During the Victorian era the railway arrived in Newcastle ploughing straight through the castle site and in turn dividing the two remaining buildings. Premier Construction caught up with Ian Ayris, Team Manager for the Urban Design & Conservation Team at Newcastle City Council, to find out more about the castle, which opened to the public in March this year.

“The Castle Keep and The Black Gate – which is the one surviving entrance gate into the castle – are all that has survived. At the Council we were keen to re-establish the Castle as a major feature in the city once again, as it is of tremendous historical value and is the reason Newcastle is so-called. 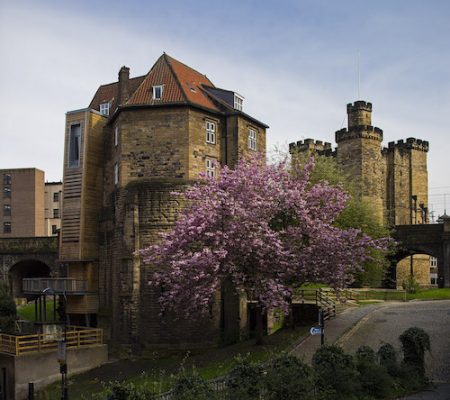 “We wanted to re-establish the identity of these two buildings as Newcastle Castle, creating an important historical feature as well as something that is of educational value to people who live here and visitors. This project has brought both structures into use and made the Black Gate accessible to everyone.”
The project has been largely funded by the Heritage Lottery Fund who awarded £1.44 million of the total £1.6 million needed to complete the project, with Newcastle City Council funding the remainder.

Working together with The Heart of the City Partnership, Newcastle City Council secured the funding in October 2011, enabling the works to begin on site in summer 2012. Northern Construction Services acted as the main contractor on the scheme alongside York based Purcell Architects who have worked on historic buildings since their inception. 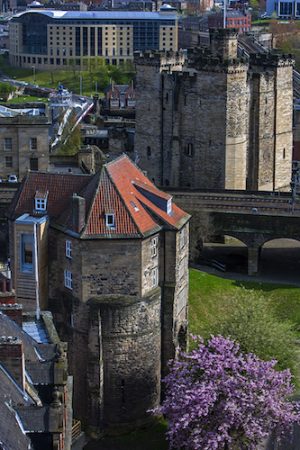 Focusing on The Black Gate the team have introduced a new lift to the building, fitted various walkways to allow access to the building, as well as refurbished the interior to allow for interpretation, access and general public enjoyment of the space.

Fitting the external timber framed lift on The Black Gate was a difficult task for the on-site team as the building was highly sensitive, parts of it having been constructed in the 13th century. The team therefore had to work sympathetically with the building and design the lift with this in mind.

The capital works were successfully finished in February last year and the team then set about completing the snagging works and the delivery of the interpretation and educational programmes. 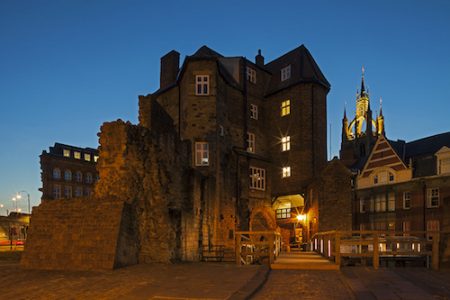 Newcastle City Council were overjoyed when they found out in April of this year they had come second in the RICS North East Awards Conservation Category. Speaking about the projects commendation Ian commented:

“It is great news for the Council as it shows that there is great public interest in what we are doing, as well as recognising that work carried out on historic buildings is both valued by professional organisations and is important to the city’s future. Our approach to the design and implementation of the scheme via the contractors was to work sensitively on the scheduled ancient monuments and it is amazing that our work has been recognised.”