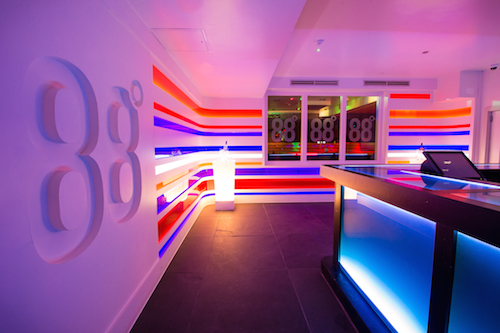 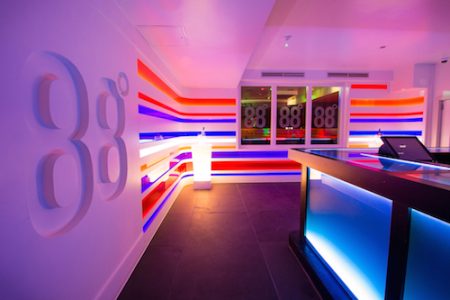 88 Degrees Nightclub, located on High Street in Croydon, has been unveiled offering dancers and drinkers alike a go-to destination for quality drinks and music sets.

The venue was opened in February by celebrity personality Mark Wright, formerly of TOWIE fame, who played a DJ set on the launch night, as well as meeting the revelers.

The venue was previously known as Cantina Bar; a trendy cocktail bar owned by the same owner. Over the Christmas period of 2014 a plethora of private bookings left the bar short of space; it was at this point the owner decided to transform the venue into a brand new nightclub. 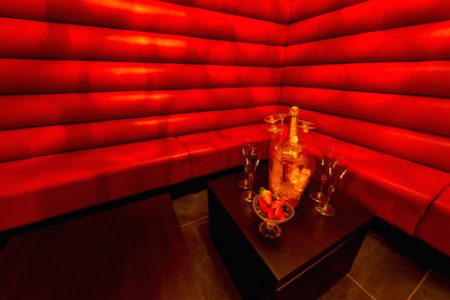 The venue has now doubled its capacity by knocking through the walls of the storage areas of the ground floor club, meaning it can hold up to 500 people. The project took around six weeks to complete and has seen the space refitted with top of the range lighting and sound systems, as well as the best facilities available in Croydon.

The venue contains three main zones, The Red Room with a capacity of up to 40 people, The Private Room for medium sized parties and The Main Room which can hold up to 400 people. The club is licensed until 4am on Friday and Saturday nights where customers are encouraged to enjoy the venue’s extensive drinks menu which comprises wines, beers, cocktails and specialist liquors.

Premier Hospitality caught up with Jay Mewes from Club 88 Degrees to find out more about the reasoning behind the revamp. Jay explained that the venue was previously a collection of separate spaces and said: 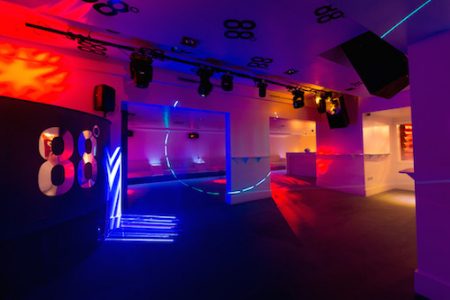 “There was previously a partition wall going through the club, a private VIP area which could hold 80 people, as well as another partition wall with the dance floor behind it. The aim of this project was to open the space right up so everyone could see the whole venue – although we do still have a few private areas, including The Red Room.

With Westfield Shopping Centre due to open in the next year the club is keen to attract a new client base that will put Croydon on the map for shopping and nights out.

Jay continued:
“Croydon has had a bad reputation for a while, so the whole ethos of Club 88 Degree is that if we made the space noticeably better then it would attract a more rounded clientele. 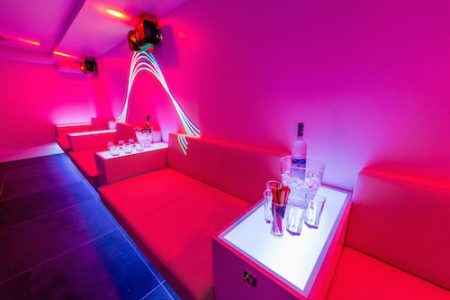 “It took us eight weeks from opening in February to reach new clients, but now we are hosting great events, gaining new clients and good feedback. We have provided a quality product and it has brought us quality clients.”

Guests can also make the most of the club’s special VIP packages which provides revelers with free entry for 10, 15 or 20 guests, priority queuing, waitress service, £200 worth of drinks and extra VIP bands at a cost of £10 per wristband.

The project ran relatively smoothly with the on site team reaching completion ahead of schedule. The main problem the team encountered was the erection of a structural pillar in the centre of the venue, after taking down the partition wall. The design team worked around this making the pillar a feature of the space complete with shelving and drinks. 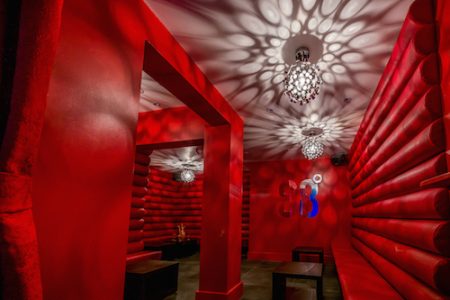 “We have tried to make Club 88 Degrees a smart, funky venue; with a VIP waitress service and a exciting experience for customers which is our unique selling point.”